Gumgum, an artificial intelligence company that specializes in solutions for advertising and Spark Neuro, a neuro analytics company, conducted a global study to understand the effectiveness of contextual advertising. 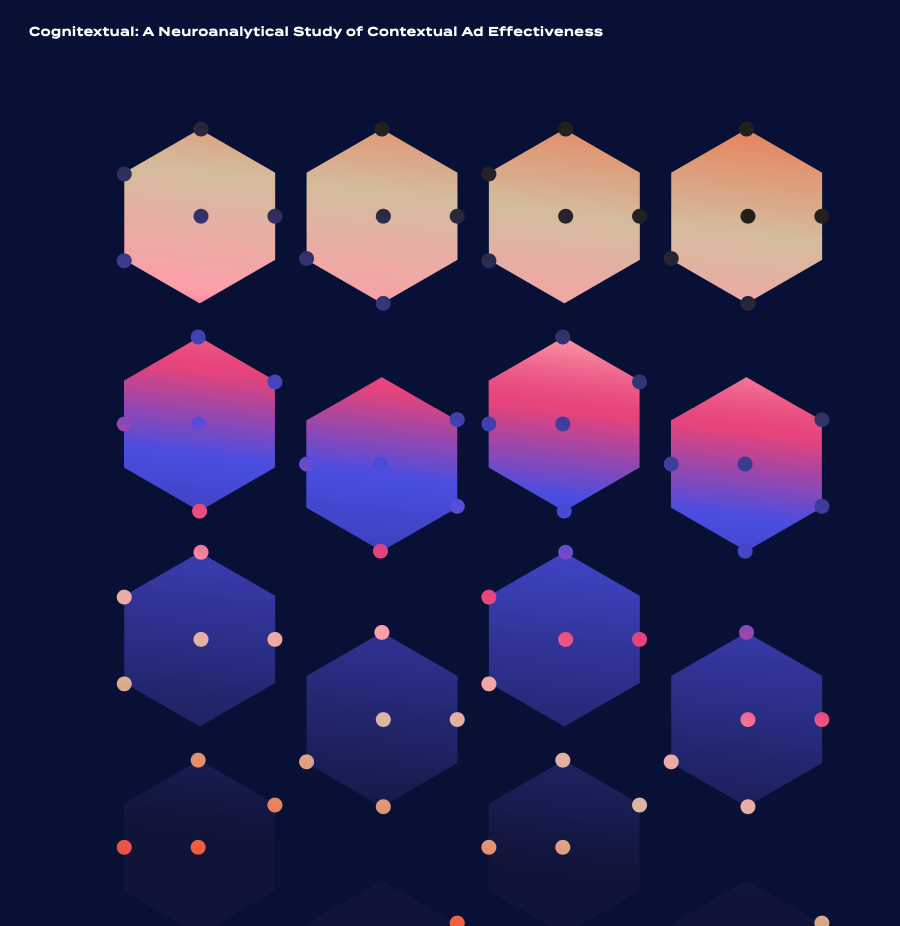 Gumgum, an artificial intelligence company that specializes in solutions for advertising and Spark Neuro, a neuro analytics company, conducted a global study to understand the effectiveness of contextual advertising. The study involved an experiment with 60 participants from the US, UK, and Japan. They were given six articles on different topics, each of which featured three ads whose relevance to article content ranged from high to low. The highly relevant ads were selected on the basis of what a programmatic contextual targeting system would serve. The researchers used biometric sensors – to track participant’s brain activity, evaluate emotions, reactions, attention, and other physiological responses. The key findings of the study are as follows :

Diving deeper, here are some more insights with specific brands that were used in the study. With the brand Motor Trend, participants were served adverts of the three formats; in-screen, banner and in-image. The in-screen ad by a car brand was a highly contextually relevant ad and drove 82% memory recall. Whereas with the low contextually relevant ad, participants only focused on the external borders according to the study of their gaze patterns. 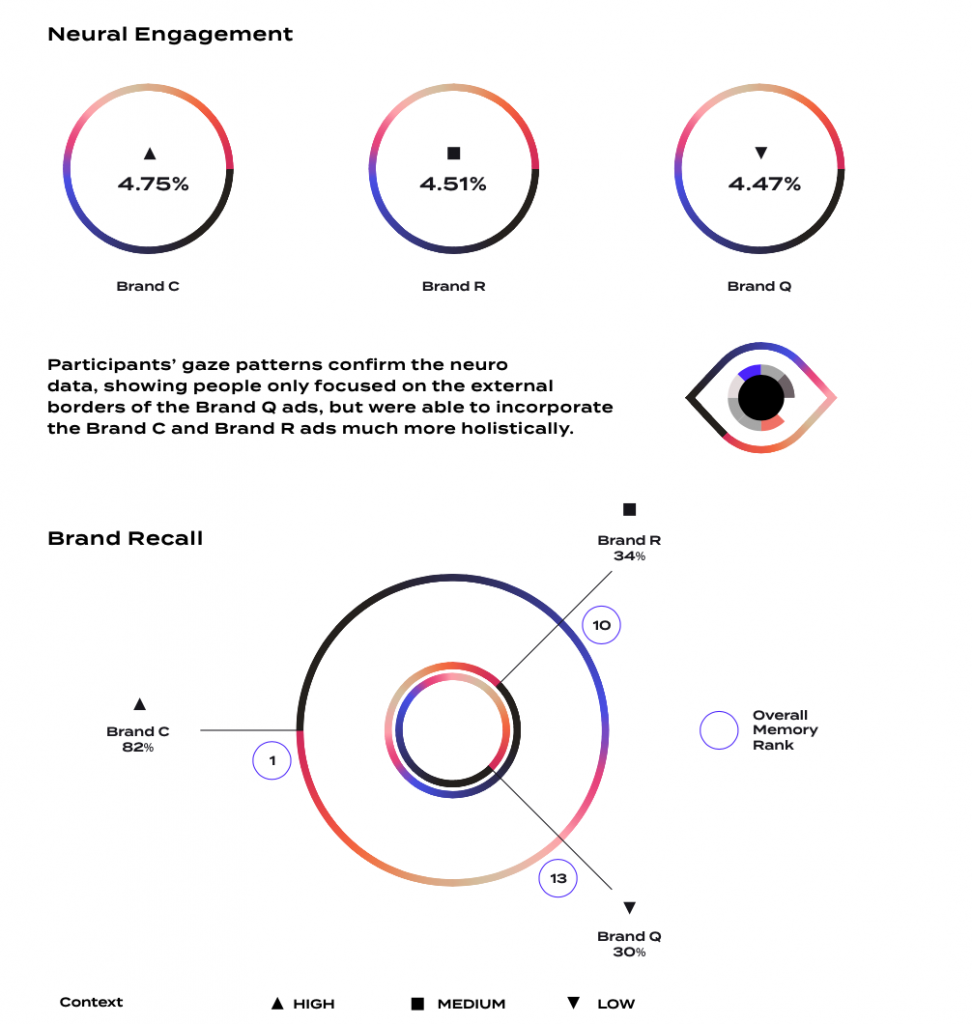 Another example would be with a Health Magazine publication which drove slightly different results. The same formula was used but the medium contextually relevant ad drove more recall than the highly contextually relevant ad. The format was an in-screen ad and the study cited that the ad’s visual appeal, brand name, and placement were the factors that drove these results. 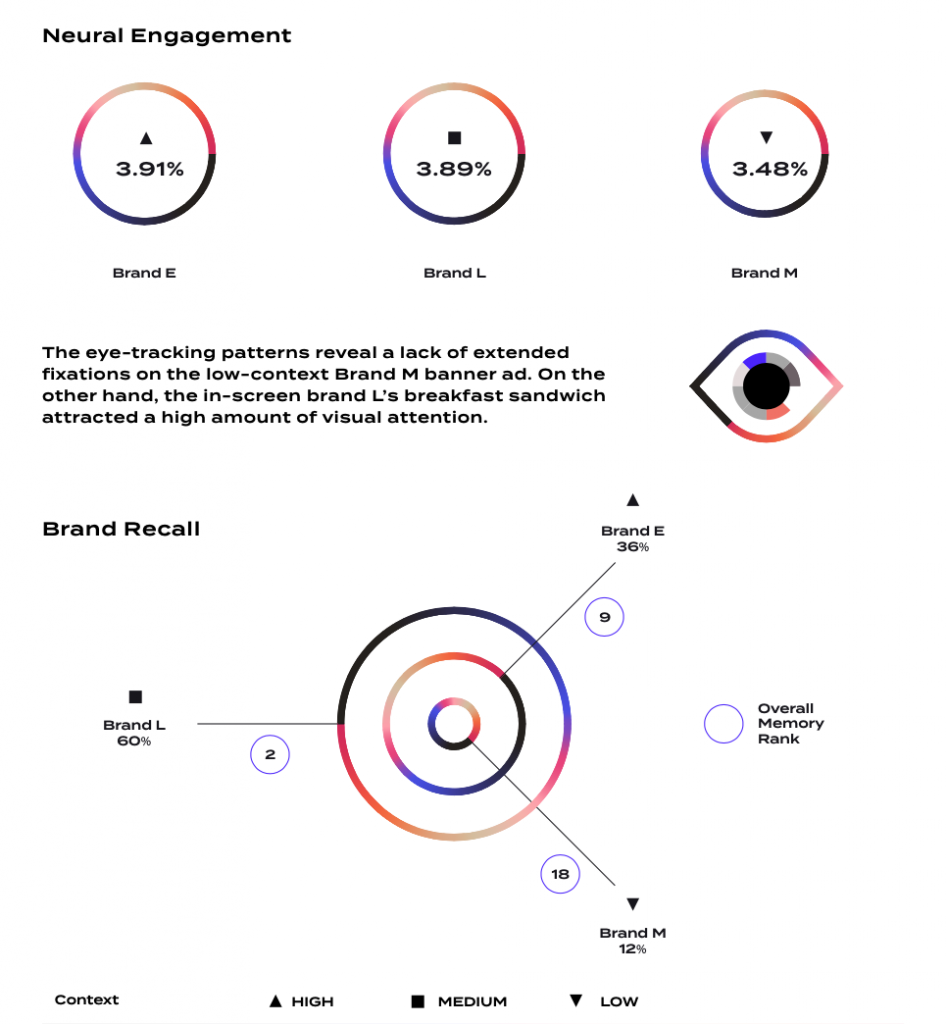 “We know that contextual targeting done right delivers the reliable results that brands need, especially as the industry searches for solutions in the wake of the cookies’ demise…What’s significant about these findings is that they clearly show why contextual is so effective: Neural engagement is a big driver of direct response performance, memorability supports branding plays, and purchase intent moves the needle for both branding and direct response,” says Phil Schraeder, CEO of GumGum.