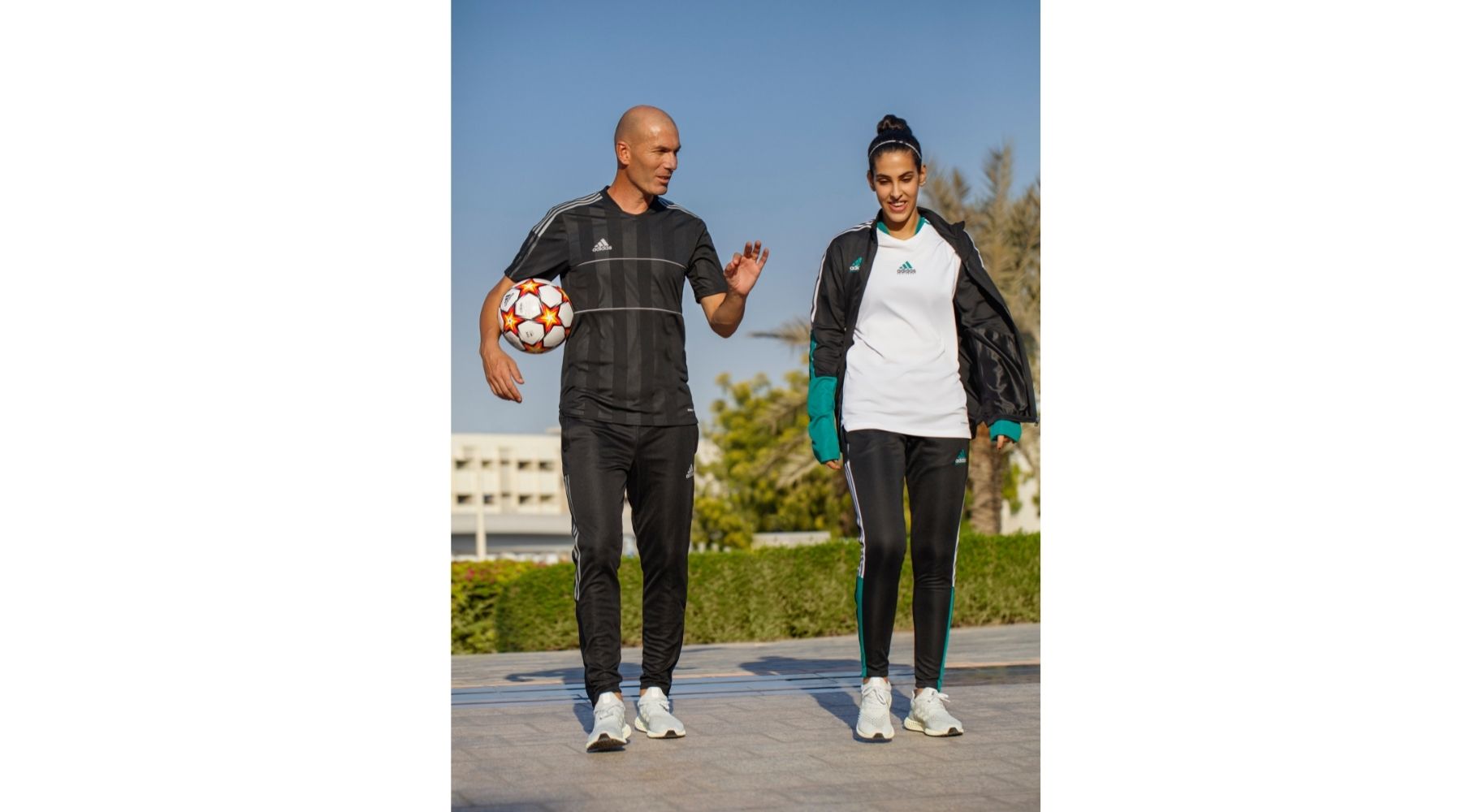 Shot at the emirate’s cultural landmark, Dubai Frame, the new film features football icon Zinedine Zidane and rising Emirati football player Nouf Al Anzi. The 45-second clip, conceptualized and produced by Havas Middle East, shows Zidane and Nouf, at either side of the landmark, as they showcase their skills while passing a football through the iconic Dubai Frame.

Dubai Frame is an architectural structure that is built to resemble a huge frame, capturing stunning views of Old Dubai and the emirate’s rich past on one side, and New Dubai with its modern and futuristic landmarks on the other. It is that idea that serves as the narrative of this film, where the frame represents a “symbolical bridge” connecting one of the greatest players in football history, Zidane, with the next generation of athletes, Nouf as the two come together through the beautiful game.

Through this film, Adidas aims to inspire the next generation of athletes and catapult them to embark on their journey to greatness, highlighting the possibilities that come with sport and what it can enable us to do on and off the pitch. Known not only as one of the greatest players in the history of the sport but also establishing himself as a top coach, Zidane became the legend he is today through years of hard work and dedication –creating a blueprint to excellence for the future generations. Nouf through her dedication and passion has managed to reach new highs and excel in sport– inspiring others to do the same.

A single drone was used to capture the footage, as it pans out to give a panoramic view of the stunning city of Dubai.