The new report by We Are Social and Hootsuite highlights the importance social media platforms on finding information about their favorite brands. 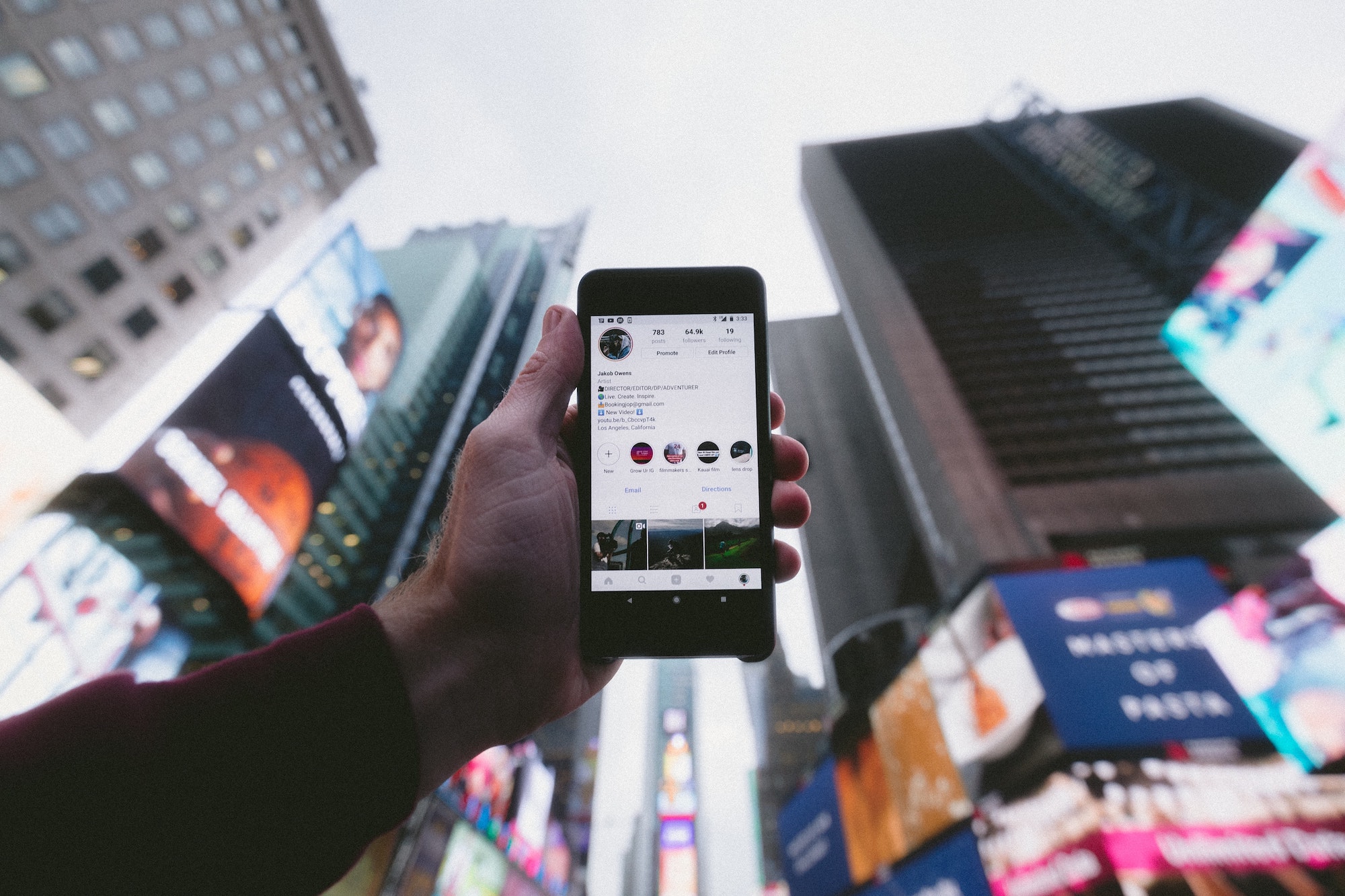 The Digital 2021:UAE report released by socially-led creative agency We Are Social and social media management firm Hootsuite shows that 52% of internet users in the UAE, aged 16-64, use social media platforms to research brands. This makes it the second most popular source of information and just a fraction behind search engines, which are used by 53%. This reflects the huge role platforms like Facebook and YouTube play in the UAE, where social media has penetration of 99%, higher than any other country in the world. 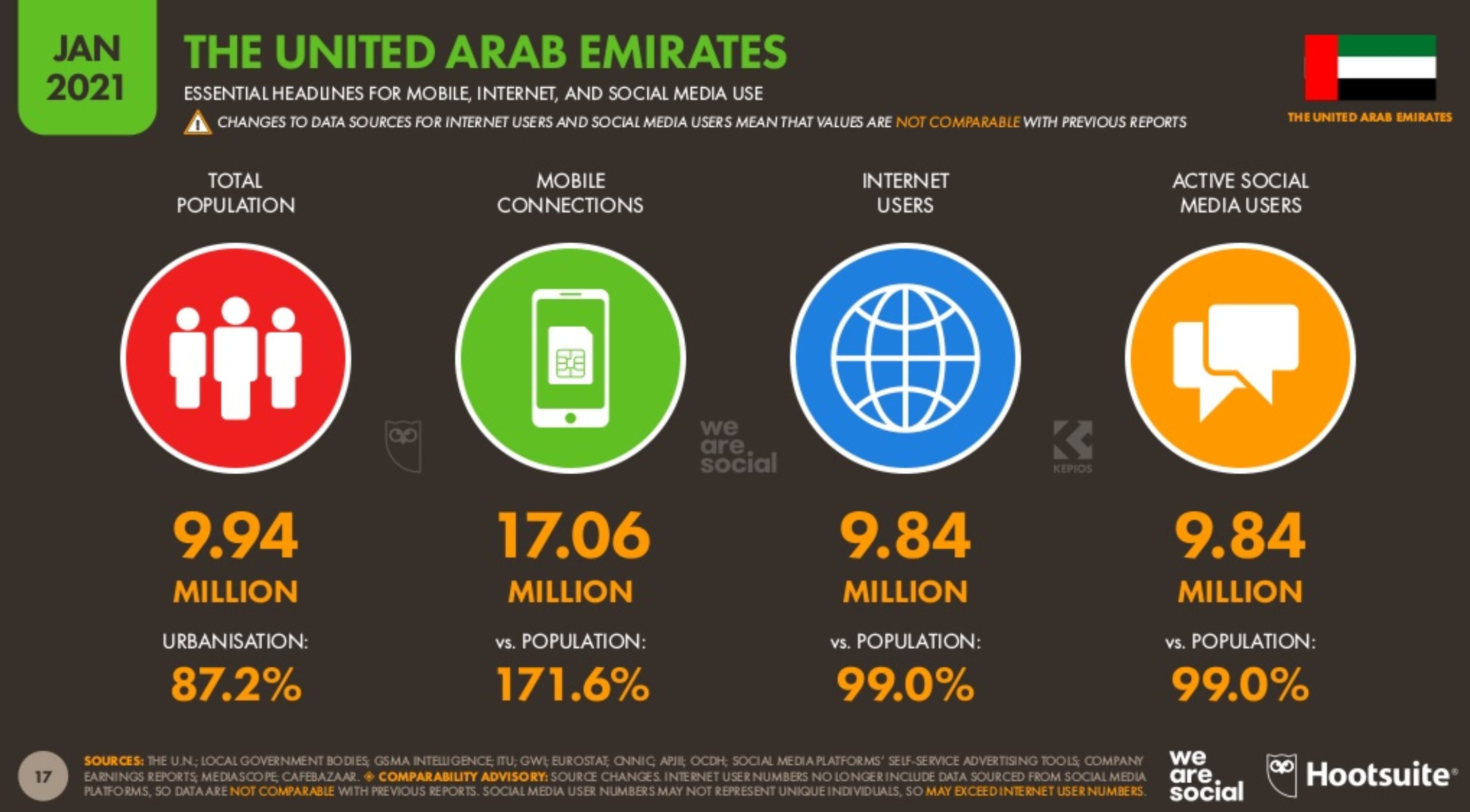 The average time spent online by internet users each day is seven hours and 24 minutes, putting the country ahead of the global average by around half an hour. Internet users, aged between 16-64, spend two hours and 55 minutes on social media platforms each day on average, making it the second most popular online activity behind watching broadcast and streamed television. YouTube, Facebook and WhatsApp are the three most popular social media platforms. 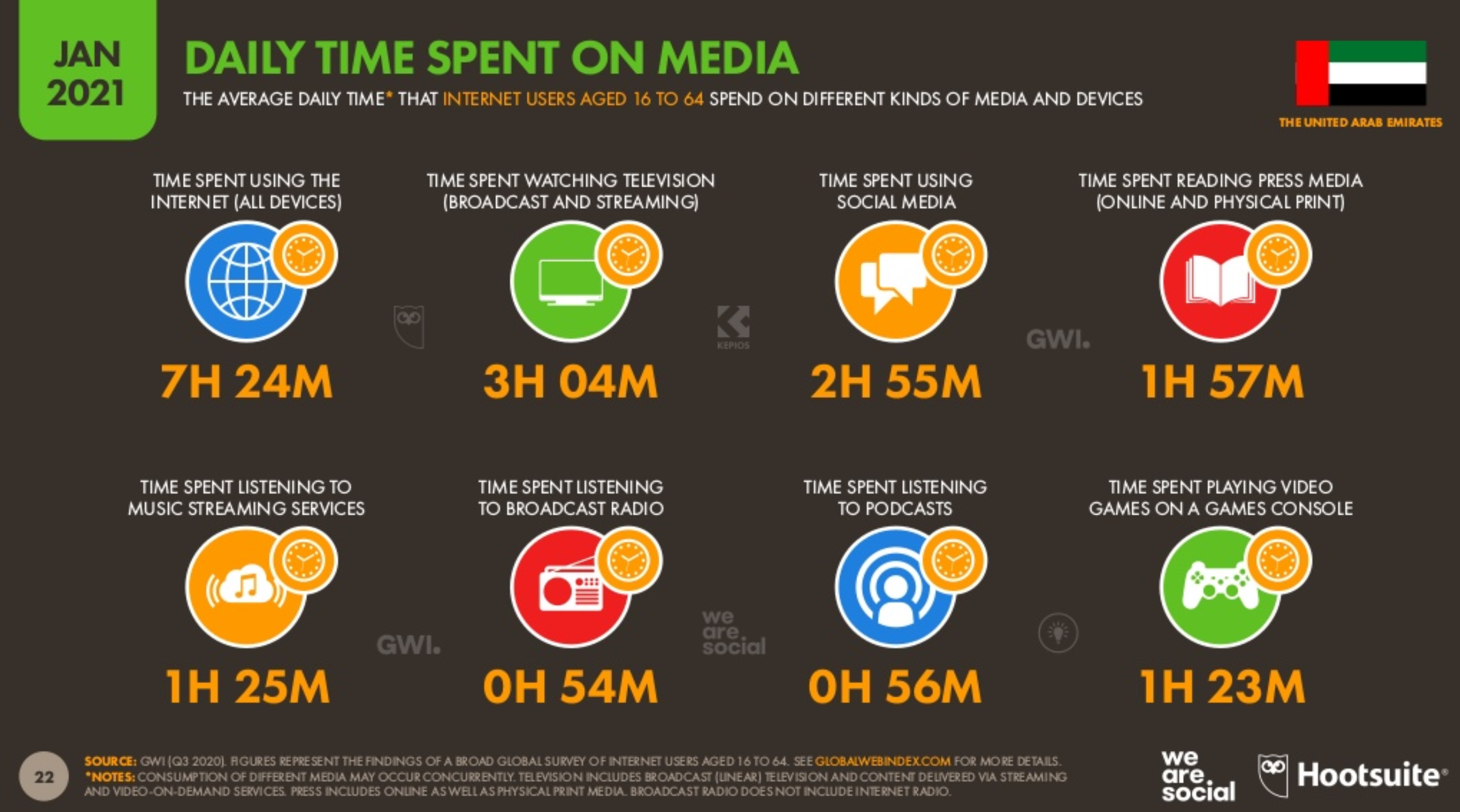 Google and Youtube continue garnering majority of the traffic on the internet. 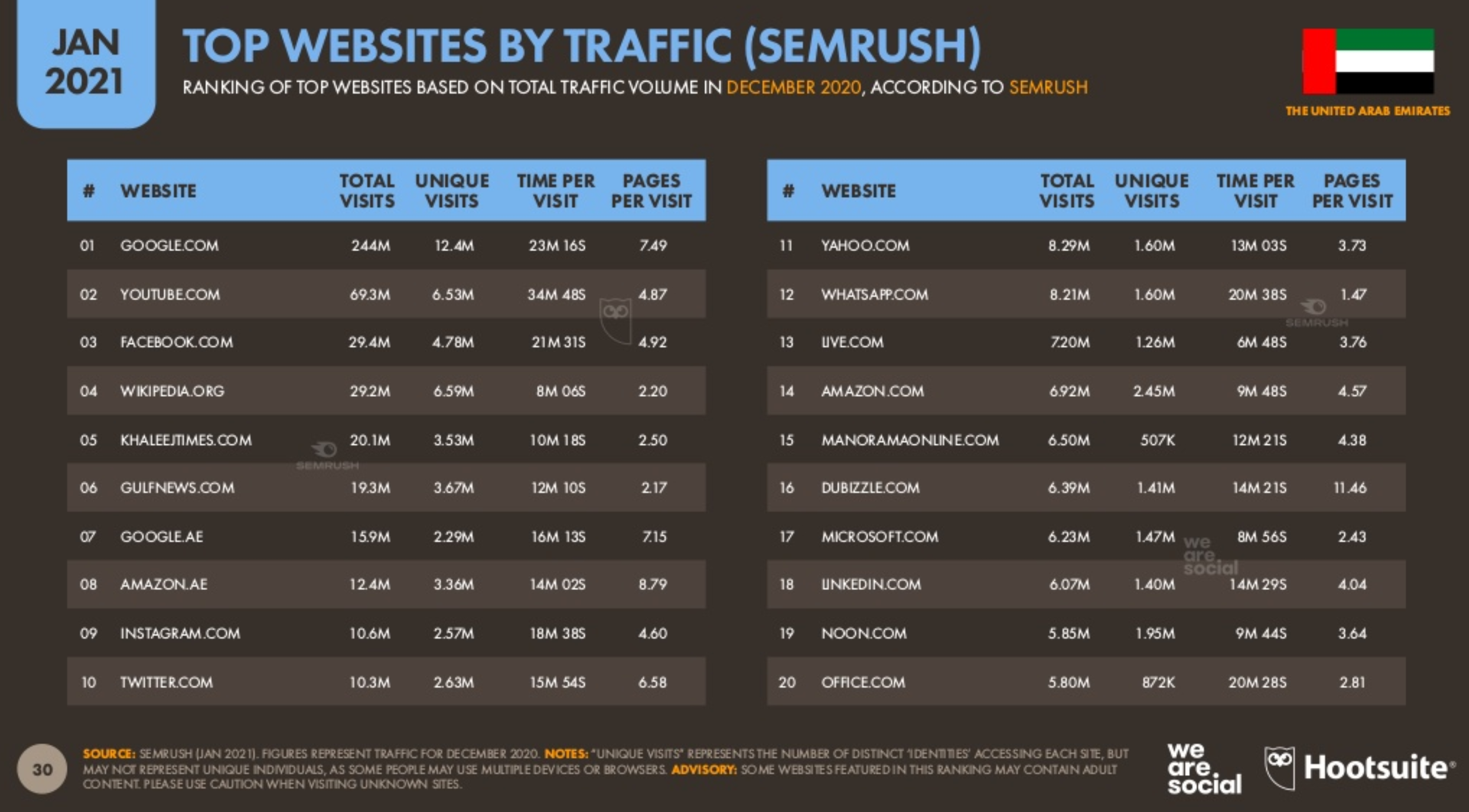 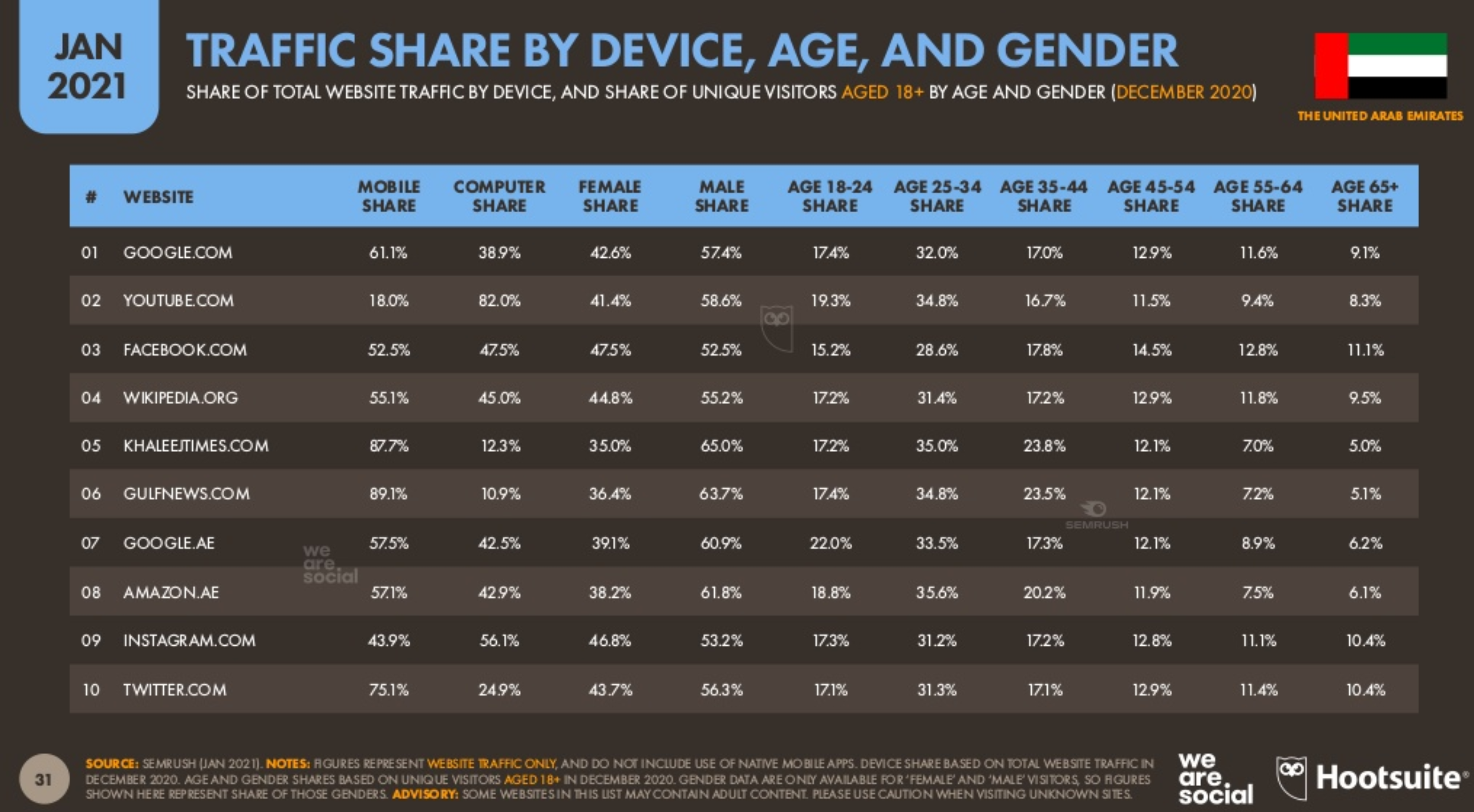 When it comes to search behavior online, 97.8% of internet users in the country use a conventional search engine to find answers. However, the trend of voice search is on the rise and the report revealed that 45.3% of users in the UAE have stated that they've used a voice search/command in the past month. When it comes to research on brands, 52.1% of users have reported using social media as their main source. The report suggests that brands prioritize social media ad spend over investment in search. In total, $171 million was spent last year in the UAE on social media advertising, up 3% year-on-year, making it the biggest ad spend category out of all digital media. 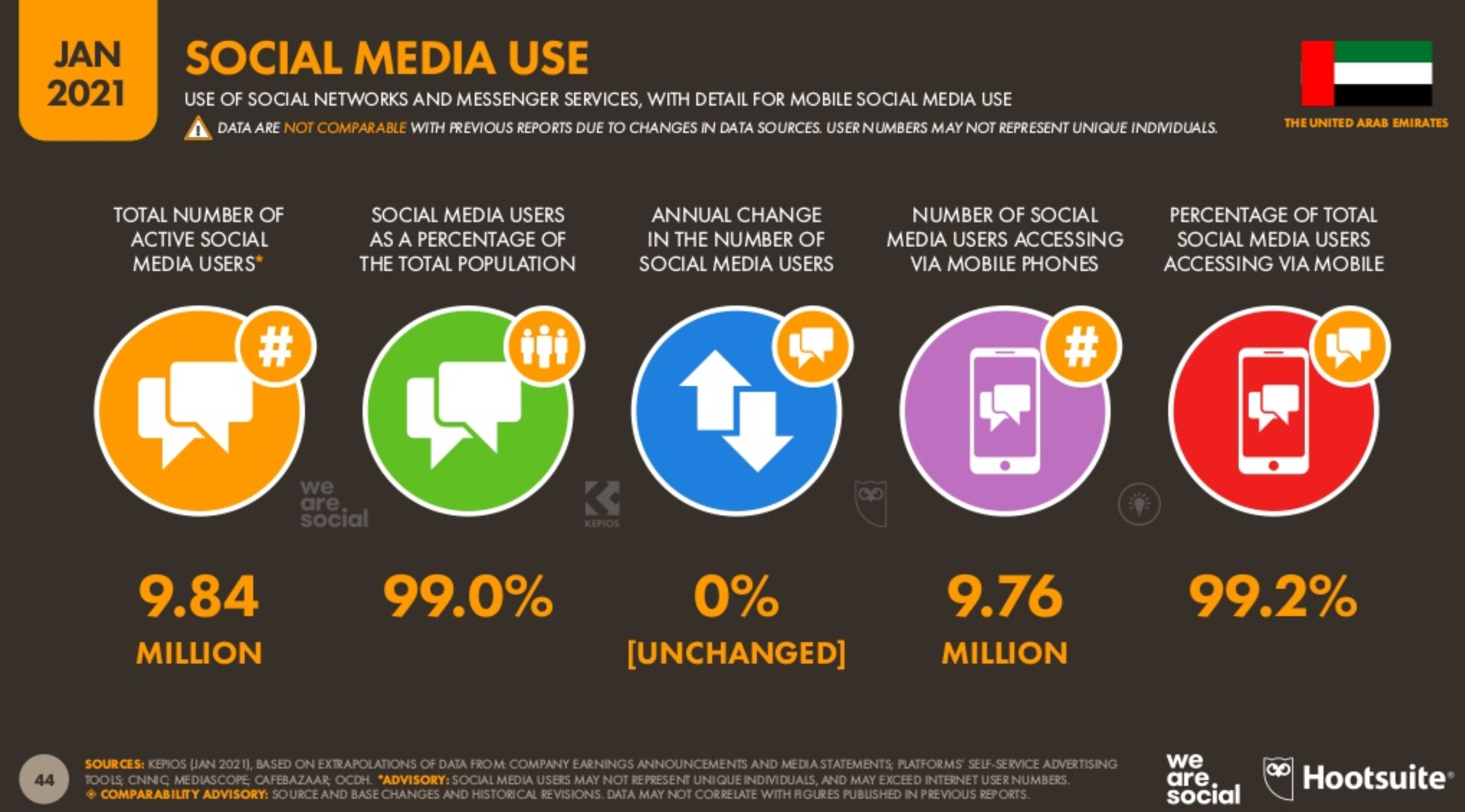 According to the report, the UAE today boasts a whopping 9.84 million active social media users in the country. Youtube continues to be the most used social media platform (87.4%) followed by Facebook (81.4%) and Whatsapp (80.2%) 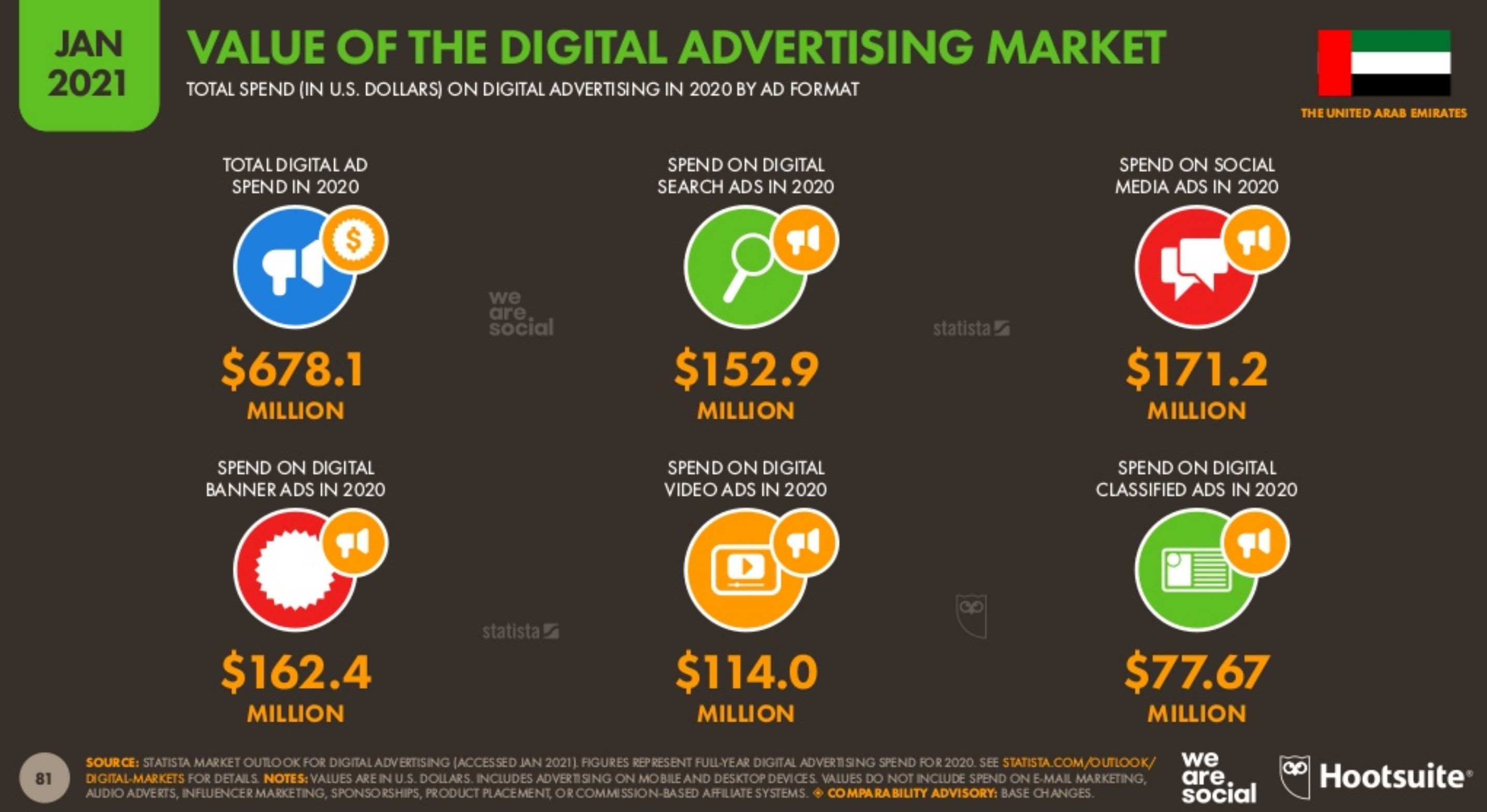 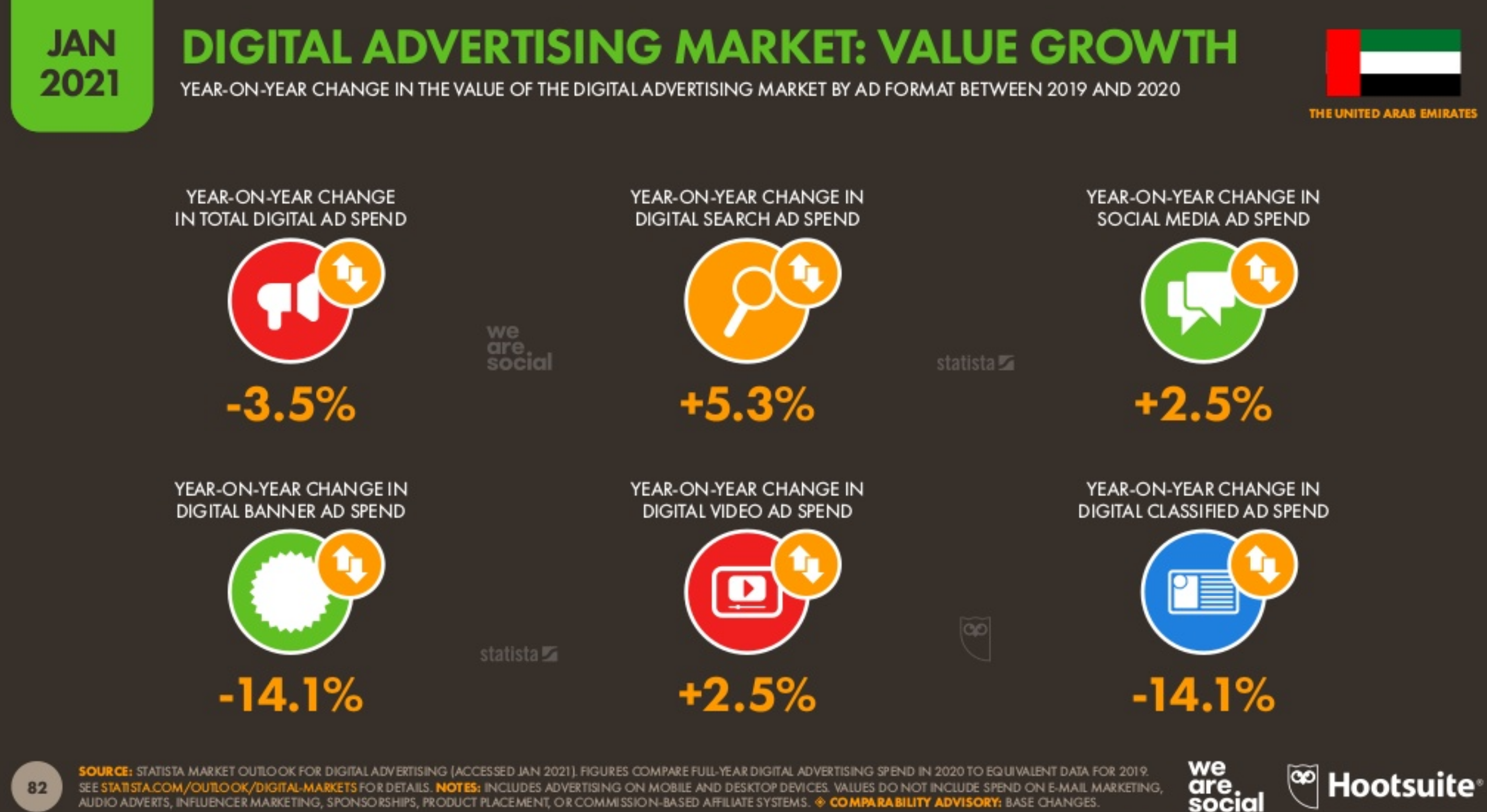 “We already knew that UAE and Saudi citizens love social media platforms but it’s really interesting that internet users are increasingly turning to them for information when they’re thinking about buying things and on the hunt for brand info. While other global markets place more emphasis on search, it goes to show that a one-size-fits-all approach to digital marketing is a waste of resources and that you can never underestimate the value of local knowledge,” said Akanksha Goel, Managing Director at Socialize (part of the We Are Social network).