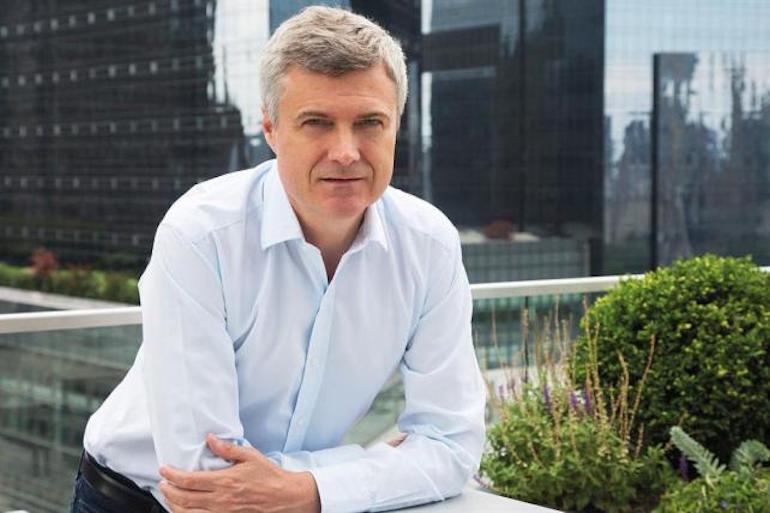 The one executive who has persistently stood out as the likely successor to Martin Sorrell at WPP, Mark Read, is set to officially take the helm.

Read is expected to be named as CEO of the world’s largest advertising firm as early as next week, according to multiple company insiders who asked not to be identified discussing a confidential matter. The terms of the appointment haven’t yet been finalized, the people said.

The 51-year-old has long been the internal favorite at WPP, which reports second-quarter results on September 4. More than a dozen company executives interviewed by Bloomberg News in recent weeks said he’s the strongest contender—someone who understands the business well and is less combative than Sorrell, WPP’s larger-than-life founder.

Read became interim co-chief operating officer after Sorrell’s April departure and has been at WPP for most of the three decades that Sorrell took to build an advertising giant from a wire-shopping-basket maker. Sorrell himself endorsed Read as successor, alongside Andrew Scott, who’s shared the head of operations role.

In a June interview, Read called the opportunity to fill in as co-COO an “amazing opportunity”. He said then he had stuck his hand up for the permanent job.

“Someone asked us the question: Does WPP need a new beating heart? Clearly it does,” Read told Ad Age at the time. He said under his leadership, WPP would focus more on its clients. “We need to be more client-centric, and more focused on our clients. And more focused on them than on us. When I talk to clients, they want to have simpler access to all of WPP.”

A WPP spokesman said that there won’t be an announcement until terms with the successful candidate are agreed upon, which is expected to happen some time in September. He declined to comment specifically on the appointment of Read.

Read would take the reins at a tricky time for WPP, which has seen its shares take a beating as consumer giants reduce their ad spending and marketing companies contend with new digital rivals. WPP, a sprawling network of hundreds of ad agencies including J. Walter Thompson and Ogilvy, was thrust into a search for a new leader when Sorrell abruptly resigned after the leak of a board probe into allegations of misconduct, which he has denied.

The appointment may be seen as a safe bet by investors looking for someone who can swiftly help WPP reshape its corporate structure to better respond to new client demands in an increasingly digital environment, as rivals like Publicis Groupe SA and Omnicom Group have done.

However, he’ll face the challenge of proving that he has a bold enough vision for WPP that sets him apart from Sorrell, a dozen of the industry who was seen by some in the market as not adjusting quickly or decisively enough to a shifting landscape.

WPP’s shares are down 29 percent over the last two years. They’ve rebounded by 7.6 percent since Sorrell’s mid-April exit.

As far back as a dozen years ago, Read was considered to be one of Sorrell’s right-hand men, and someone in whom Sorrell believed. Back then, he was chief executive of WPP.com, the agency holding company’s umbrella for its digital and dot-com interests.

Read joined WPP right out of the University of Cambridge, first handling investor relations and business development at the parent company and then heading over to Ogilvy & Mather. He eventually left to work at consultancy Booz Allen Hamilton’s entertainment and media practice before founding WebRewards, a consumer-affinity company that ultimately sold to Bertelsman. He rejoined WPP in 2002 with roles including CEO of WPP Digital and head of strategy for the holding company.

He joined WPP’s board in 2005, but left it again in 2015 when he became global CEO of digital agency giant Wunderman. At the time, Sorrell remarked in a statement on Read’s “wealth of knowledge in digital technology and its application to marketing services, as well as strong links with our new media partners.”