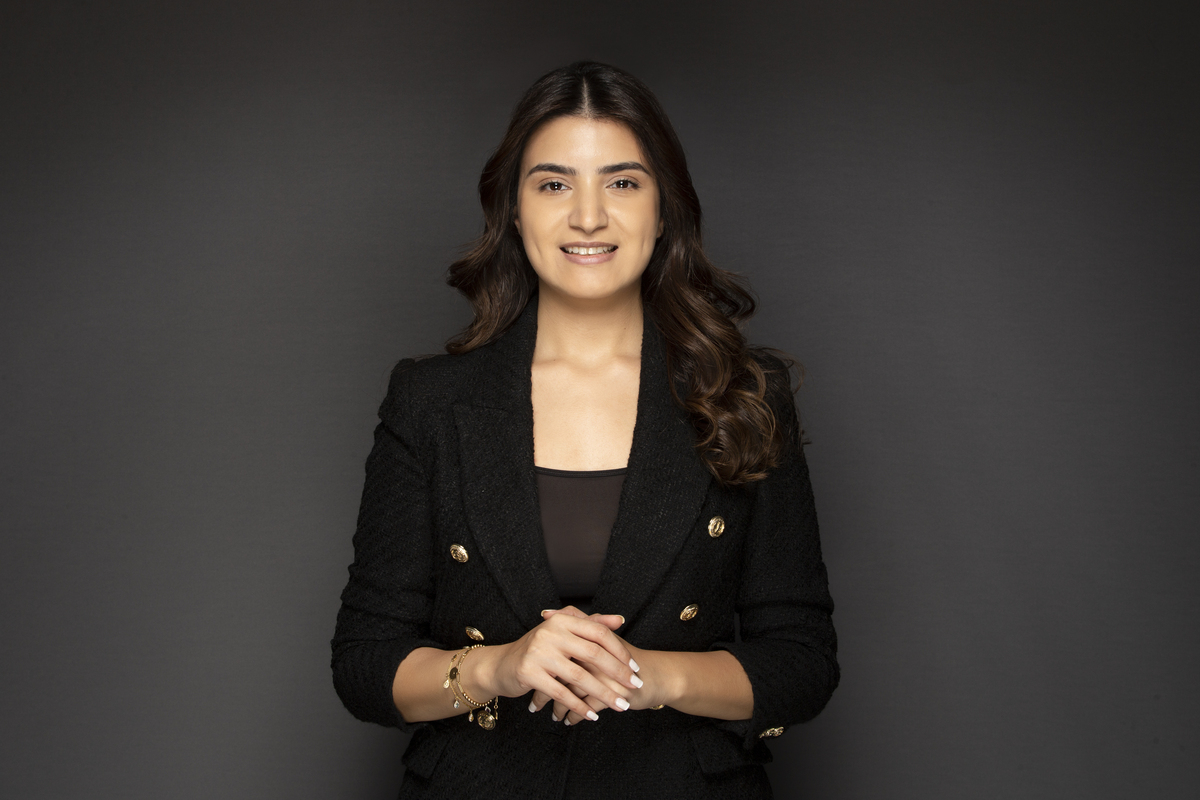 Career Overview: I’m currently the Public Policy Government and Philanthropy manager at Twitter MENA, but I also cover Pakistan, Afghanistan, and Iran. I’ve been in this role for just over three years. Prior to that, I served on a diplomatic mission in the UAE. I hold a Master’s Degree from Sorbonne University in International Law and Diplomacy and I’m currently a Harvard candidate for my second postgraduate degree.

Communicate sat down with Abdelhamid to explore her journey to where she stands today and how being a woman has influenced different phases in her career.

In the context of our approach to public policy, driving change for me starts by serving the health of the public conversation. It is our company’s objective, but it very much aligns with my personal drive to empower people in the region, to help them find their voice and practice self-expression. It’s a privilege to be working on something that you’re very passionate about personally, and that doesn’t happen very often.

More specifically, my role is to ensure the safety, privacy, and right to free expression of our audiences in the region, and that they continue to be prioritized at Twitter as a company and as a platform.

It is a threefold effort: firstly, to enhance our policies, our rules, and our products in a way that allows us to adapt to all of the changes that are happening – during COVID-19, for example.

Secondly, I have more of an ambassadorial role, representing Twitter in government meetings and civil engagements to raise awareness around our rules and our policies, educate our audiences, and make sure that we’re transparent about our progress and the challenges that we face as we grow in the region.

And thirdly, which is actually the dearest to my heart, I lead our philanthropic efforts in the region as part of the larger Twitter for Good program – the global initiative under which we are able to give back to the communities by serving in not-for-profit campaigning or volunteer opportunities.

What are the challenges and opportunities that you encounter?

I’ve come to learn that protecting the health of the public conversation is never static. Working on tackling disruptive behaviors, whether it was spam, abuse, or misinformation on the platform, really does come with a lot of challenges. But what’s been most important to me is to be able to find the opportunity in those challenges.

For example, the debate around content moderation is a really big challenge, in the region and on a global level; but the opportunity is that I’m taking part in a larger effort at the company to shift our perspective on content moderation away from the traditional dichotomy – either keep the content on the platform or take it down – towards a more dynamic and sophisticated framework allowing us to give more context on the material, partner with international organizations, and make sure that our audiences have a high level of media literacy.

The biggest opportunity at Twitter, and in this role in particular, has been that it has genuinely empowered me to take a front-row seat to drive change in a lot of topics. The policy sector can be a male-dominated field, but Twitter has definitely reshaped that and given me a different experience. As we speak, our global Vice President for Public Policy, our Regional Public Policy Leads for the Americas, for Europe, Middle East & Africa, and for the Asian Pacific regions, are all women. So, while in the tech industry in general, around 33% of the workforce is female, at Twitter we have already achieved 48% and we’re not stopping there. The goal for 2025 is that at least half of the global workforce would be women.

Is what’s happening at Twitter now representative of a larger shift within the industry or is it an outlier?

Twitter is pioneering that effort and the results in our most recent Inclusion & Diversity report reflect a lot of our progress, but there’s always room for improvement.

In my opinion, there’s been a lot of promising evidence that the gender equality agenda has been making remarkable progress, especially in the Middle East. The female workforce is set to more than double by 2030, which could largely be due to improved access to Internet, digitization, and the growth of online platforms. That’s where our role comes in.

As an Arab woman born and raised in the region, I’m proud to not just witness this change, but perhaps take an active part in it as well. We work both externally, with our partners, and internally, on our tooling and features, to make sure that we are empowering women. A project that I am personally most proud of was a partnership with UN Women late last year. Under the hashtag #themissingpiece, we removed 50% of the alphabet from Lebanese news on Twitter in order to reflect the exclusion of 50% of the population, the women, from the political and diplomatic workforce. The idea was to show that the conversation becomes illegible when it excludes women. This campaign alone reached 93 million people and in Lebanon, it trended for three days.

We were also the first platform in the industry to introduce a language setting where, instead of just choosing ‘Arabic,’ you can choose ‘Feminine Arabic.’ This allowed our audiences to be addressed in the ways that they prefer and feel included on the platform. It totally reshaped how Twitter engages with women and inspires others to do the same.

How were you involved in these initiatives?

I am the co-chair and co-founder of the Twitter Arabs BRG, a business resource group that represents the voices of Arab employees at the company. Through this group, we are able to contribute, consult, and advise on different projects that specifically target the Arab region or Arabic-speaking audiences.

It’s an inclusion & diversity initiative that we launched in early 2020 and it was the first business resource group in the company dedicated to Arabs. It has over 200 members at this stage.