Why Sorrell hopes WPP is not “broken” & his plans for S4 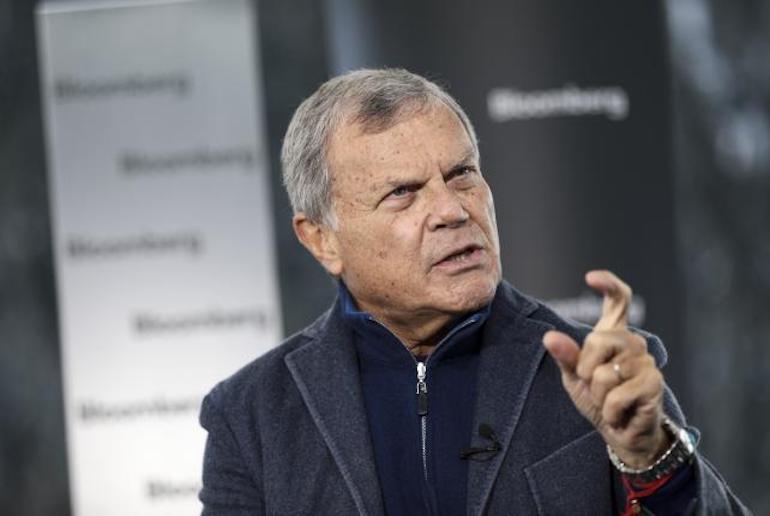 When asked what his biggest takeaway was after attending Burning Man earlier this year, Martin Sorrell had a ready response: “The importance of creative destruction and renewal.”

A photo of the iconic Burning Man graced the first page on the prospectus of Sorrell’s new venture, S4 Capital. And to be sure, Sorrell himself has been destructive, if not traditionally creative, and has perhaps found renewal in acquiring Dutch digital production company MediaMonks in July, an outfit his former employer, WPP, pursued.

The 73-year-old hints coyly at retirement in seven years, but wants to cross a number of things off his list first, including growing revenues at MediaMonks from $85 million in 2017 to $300 million “in a fairly short period of time.” He’s also hungry to make acquisitions, specifically, with data analytics and digital media planning and buying, but notes that he intends to grow S4’s acquired ventures “organically”. And yet, the noted economist also sees economic storm clouds on the horizon.

Here, we speak with Sorrell on his latest venture. The interview has been edited for brevity and clarity.

What is the game plan for S4 Capital?

There are three areas we are focused on. The background to this is purely digital. So it is a digital company focused totally on digital activities. So content is the first area. Then the second area is data analytics, so first and second party data. And the third area is digital media planning and buying. The content platform that MediaMonks represents is over $100 million in revenue. Not enormous, but successful. And you have seen that in the prospectus. We are planning to make at least two further moves in the data analytics area and the digital media planning buying area.

The objective is to get to a base of around $300 million of revenue in a fairly short period of time. And then focus on organic growth; there will be further acquisitions, but I would say the primary focus would be on organic growth. And try to develop what is a very strong client list in a deeper and broader way.

Since we are speaking about the prospectus, I see that it says it will bypass agencies and compete directly with consultancies. Can you elaborate on that?

[Laughs] If you actually read the prospectus you will find that that is not what it actually says. What it says is there are certain trends in the industry. The consultancies don’t compete with the ad agencies, but what they tend to do is go after clients at senior levels. So that could be CEO, CFO, CMO, CIO or CTO or the sales organization level and lay great emphasis on digital transformation or digital change. Or digital disruption. And try to and secure large-scale projects whilst agencies tend to slug it out at, let’s say lower levels, for smaller projects.

So will S4 and MediaMonks be in the business of digital transformation?

Going back to S4 Capital and MediaMonks, there are three areas we touched on, which were content, data, and digital media planning and buying. There is also this fourth area, which is strategic entry and demonstrating that companies like S4 Capital and MediaMonks can deliver digital transformation to help clients deal with digital disruption in a meaningful way. That is what consultancies do.

And your take on the “frenemies,” Google and Facebook?

That’s an industry trend that Ad Age always talks about, which is the disruption from Google, Facebook, Amazon, Alibaba and Tencent. I do not accept that they have been totally disrupted, perhaps they caused some disruption at the edges, maybe, but I think they have broadly been helpful to the agencies because the agencies have formed partnerships with them just like MediaMonks has. MediaMonks has very strong partnerships with Google, Facebook, Amazon, Alibaba, Tencent. WPP’s investment on the media side out of its media book, which I am aware of historically, is about $70 billion. The No. 1 destination is Google. The No. 2 is probably Facebook, but that might change if Fox heads to Disney. But Google and Facebook are in the top 3. So what happened is the spending by the agency groups has risen with those platforms as they have become more important.

I hope not because I happen to still be a top 10 shareholder! So I very much hope it is not broken. But that is not a question for me. That is a question for Mark Read and Andrew Scott, who I think, are the duo, Batman and Robin I guess, is what we should refer to them. The one thing I would be upset about was the sale of Globant, the 20 percent stake there, which I think is a horrendous mistake, but that is a personal point of view. But is it broken? No, I don’t think it is broken. If it can adapt in the ways people talk about and continue the strategic part that’s been established.

If you were still at WPP, would you sell Kantar?

What I think I would do is sell control of Kantar to a private equity partner with a strong manager, so let’s say somebody like David Calhoun who ran Nielsen. You may remember he came in from GE. He was one of the people who didn’t get Jack Welch’s job. And he came into Nielsen and did a fantastic job, they privatized it, brought it into the market, grew it, and then IPO’d it and then David left to work at Blackstone. That is what I would do. That would mirror what you see happening with a number of companies.

How concerned would you be about a multi-regional or global recession.

I’m not overly concerned about it. I think the model we at S4 capital and MediaMonks … to put it simply, it is faster, better and cheaper. Our cost structures are modest, our bureaucracy is modest. Our overheads are modest. So we have not had the opportunity to do bad things yet. That doesn’t mean in a fool’s time we might make some mistakes. We all do. But we have not had time or a lengthy period of time to develop bad habits.

What should the ad industry pay attention to as they watch you at MediaMonks, S4?

It still exists … it is not as successful as it used to be as a manufacturing business. Whether you call [keeping] it nostalgic or emotional [is up to you]. You mentioned China, it goes back to your question with the trade war, I think the trade war is about the struggle between the two most powerful nations on the planet which is the U.S. and China and obviously we want to build our business in the US, which is a $20 trillion economy and the world is $70 trillion and China is about $10 trillion. We are already in Shanghai and Singapore and Asia and we want to develop in India too. So Asia is going to be increasingly important for us as well. So those two economies will be vitally important to our development just like it was for WPP too.