What Does The Post-Pandemic Sports Fan Look Like?
Insights Industry
Back

Covid-19 has not only impacted the business of sports but also the way sports fans engage with a sport. GWI shares some insights that we can chew on. 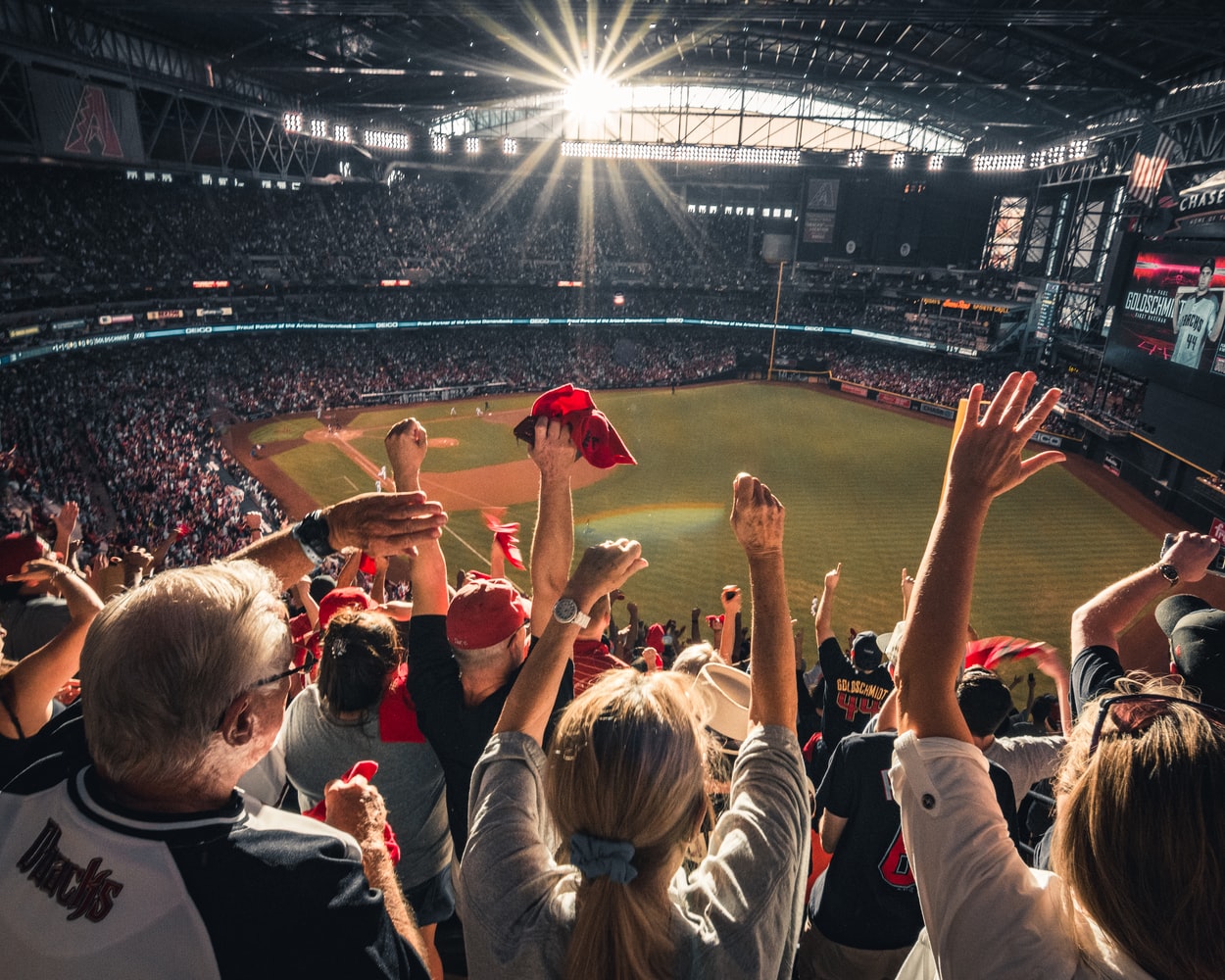 In 2020, COVID-19 brought live sports to a halt. With no spectators in stadiums, sponsorship spend took a big hit. Estimates figure the industry suffered a $14 billion drop in sponsorship value. But sports fans kept themselves busy by reliying on digital channels such as social media, online video, and e-sports. Sports markerters definitely took note of this and believed that it in the post-pandemic world, digital will play a key role in attracting new audiences and finding more effective ways to measure ROI.

Market research company, Global Web Index (GWI) explores how these changes will impact the way a fan engages with a sport in the post-pandemic world in their new study. Over the years, the common sports archetype portrayed in media have been very male centric and loves to binge on food and drinks while watching sports games on TV. This model is currently being redefined by younger generations.

For the last few years, the portion of consumers watching sports on broadcast TV has seen a steady decline, while online formats have grown, and the market for digital services now offering live sports is abundant. While broadcast TV continues to be the main medium for viewing games and matches, online formats are beginning to show signs of a rise in viewership. Online formats are just as, if not more popular for viewing sports matches on a regular basis in Asia, where as of 2020, viewers spend nearly the same amount of time watching broadcast TV as online streaming.

Sports organization quickly took note of this and began pouring tons of resources into reaching global streaming fans. In between games, fans are reading up details on print and audio media to stay on track of what's happening. Believe it or not, print media is more popular with sports fans. Even still, readers of print sports media are a digitally connected audience, and are more likely than the average fan to also follow sports on social media or other websites. 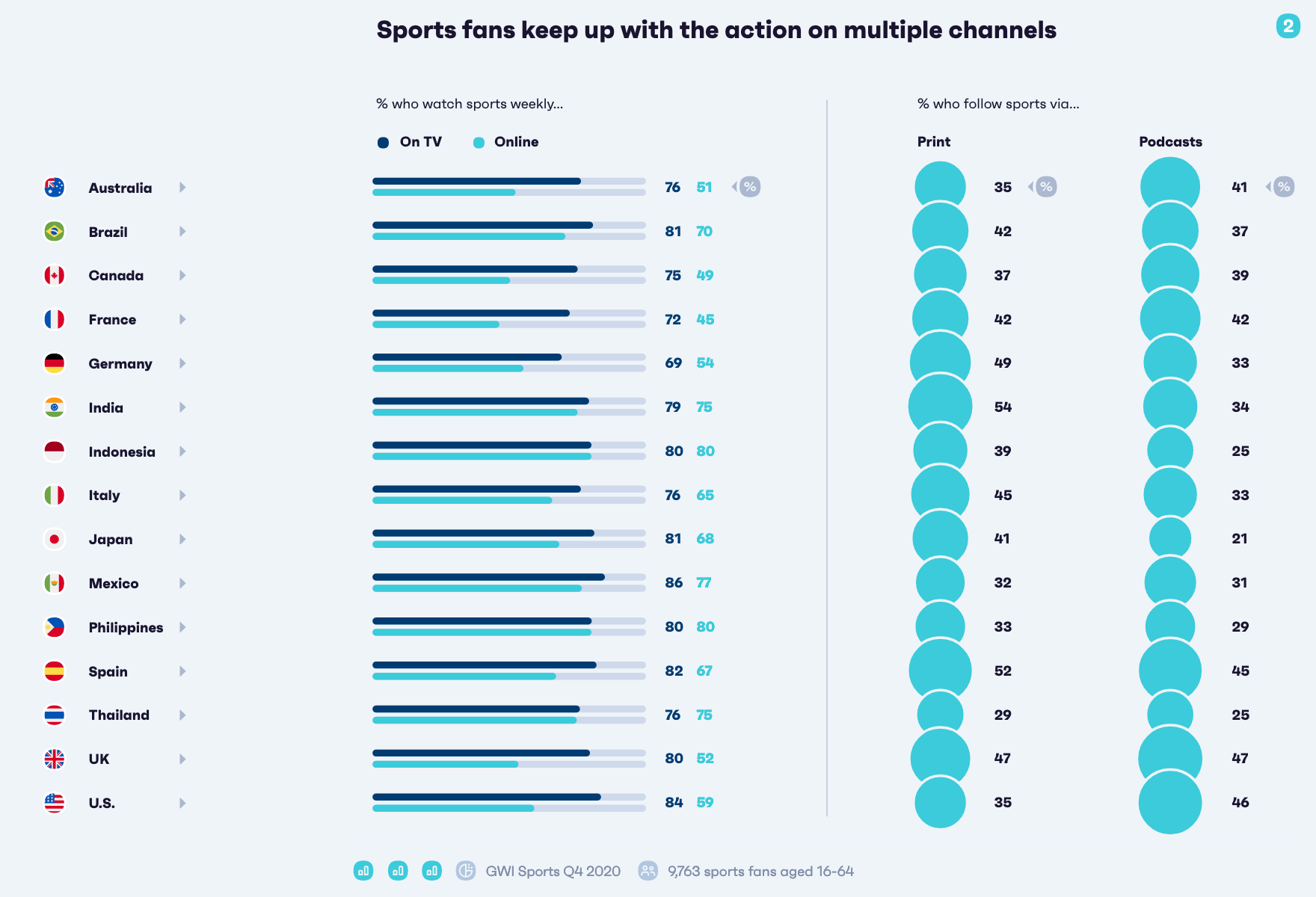 The rise of live streaming

2020 was a year of many things but from a business point of view, it was a year of pivot. Those who quickly pivoted garnered more share and attention in the market. The majority of televised sports had less TV viewers at the end of 2020 than at the end of 2019. This is due to many factors such as he empty stadiums, or the inability for viewers to watch with their friends. But some sports have been able to mitigate the pandemic’s impact by growing their online viewership.

This shift is predominantly driven by the digitally savvy Gen Z and millennials, and it’s an indication of how important it is to get younger fans on board with so much viewing displaced to digital. Mobile viewership also experienced a surge with 3 in 10 sports fans now watching sports on their phone. According to insights from the study, half of all sports fans are less likely to attend live events in the aftermath of COVID-19. In response to this, some broadcasters are exploring technological solutions to replicate the stadium experience on the small screen.

The consumers' willingness to pay for live sport varies tremendously from country to country. This is because sports subscriptions are usually country-specific and each marketplace varies, dependent on the availability of free-to-air sports coverage, the ability for a bill-payer to share their account with others, or the associated costs of subscriptions. The study notes that some markets are seeing a rise in popularity in specific sports subscriptions as opposed to traditional top network providers. Fans are now showing preference for services that extensively cover a singular, favorite sport vs. services that provide broad – yet less in-depth – access to a lot of different sports.

The after-game on social

The impacts of the pandemic forced sports organizations to find new ways to connect with fans and social media became their key channel. The study highlights how football club, Real Madrid, leveraged on this spoke by using the clubs' social feed as a second screen for highlights. Other clubs such as Barcelona invested in their own streaming service for fans to get an inside look at what's happening during practice sessions, etc.

Sports content is geared heavily toward video, and user bases are driven in large part by younger viewers. YouTube holds the top spot, with over half of sports fans using the platform to follow sports, reaching as high as 60% among Gen Z sports fans. The financial potential for brands and sponsors in the space is readily apparent, as over half of sports fans who use social media to follow sports also use social media to find new brands and products to buy.

Fans of the future

We mentioned earlier that the model of the sports fan is changing. Just like multiple studies from GWI and other sources have stated, consumers are now looking to connect with brands that align with their values. The same is true for sports fans today. Many new fans will only lend out their support if they feel a club represents their values. 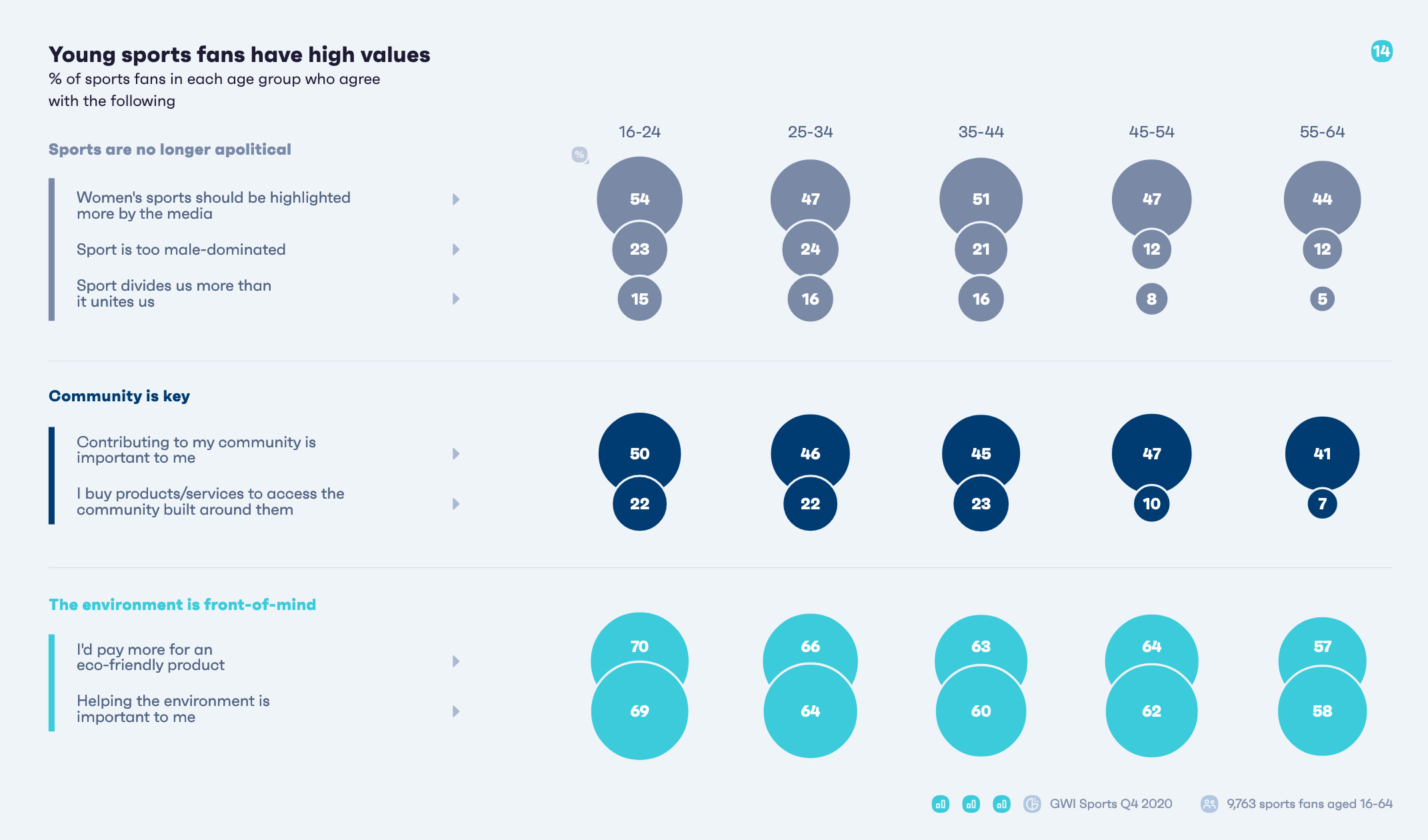 Younger fans in particular believe sports divides more than unites, and many think it’s too male dominated. As these fans grow older, sports and politics are set to become increasingly interconnected. Simultaneously their voice (and spending power) will only increase, so sports teams and brands alike must respond.This sentiment is also reflected by the value young sports fans put on the community. They like to support others and will pay for products and services to access the community built around them. These young fans might be ready to join the fandom, but teams must work to win them over by reflecting their core values; if they don’t, they’ll likely throw their support elsewhere.