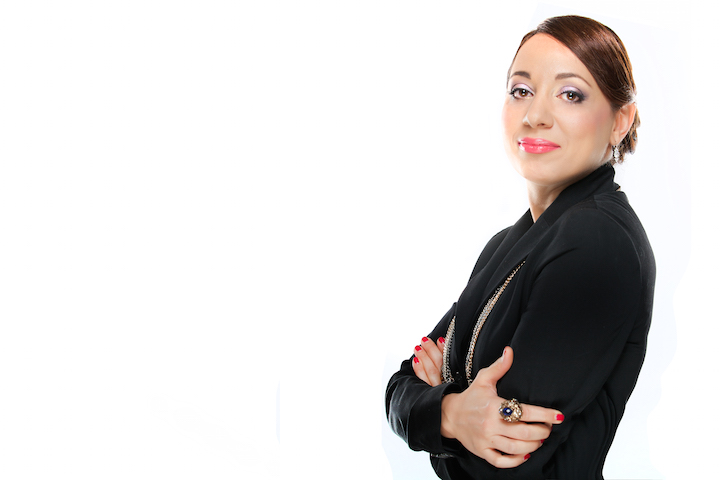 Following Active PR  and Hotwire PR’s  launch of their first Digital Trends Report 2014 for the Middle East, Communicate sat down with Active PR’s managing director, Sawasan Ghanem to glean some more insight into the changing landscape of digital in the Middle East.

Can you tell us about the methodology, duration and location of the research?

We have collaborated with our UK affiliate, Hotwire, to launch our first Digital Trends Report for the Middle East. The methodology comprised of both desk and field research. We selected trends that were most relevant for the region this year and combined these with statistics – already in the public domain – as well as interviews, exclusive commentary and input from industry experts, case studies and our own digital expertise.

Going forward, what do you think the role of social media in politics would be? Will the government will relax its laws and provide more freedom of speech or take contrary actions and become more stringent as social media grows?

We see the impact of social media on politics as permanent, perhaps more than in any other region. This directly relates to active use by individuals in the region, governments being less stringent, and taking the more approachable path and reaching out to their citizens via different social media platforms. If anything, we see governments improving their services due to direct feedback from citizens online.

While social media serves as a platform for revolutions to begin, so far it has been more to deconstruct organizations and government rather than create something. Do you see this changing especially with apps such as YouGov?

While YouGov is a great platform for engaging with a worldwide community and sharing opinions on certain topics of interest, the concept of YouGov is based on incentives. Social media in the region is not only used to deconstruct organizations or governments. As individuals are using their social accounts more and more to communicate with organizations or governments, these entities are gradually getting “the hang” of using social media in the right way as well. As previously mentioned, we see social media used as a channel to improve services or products, whether it’s from a government or organisation, they’re able to engage with their (potential) customers or citizens in a more direct manner.

While there is a risk of user data being tracked through online scams as mentioned in the report, there is a bigger threat to user privacy through everyday websites, wearables and devices. What should users do to be more vigilant? Also do brands need to be more transparent about the data they are collecting and for what purposes?

What users need to do to be more vigilant about their personal information is to simply not mention it or save it on their devices. Everything that is saved in the cloud cannot be pulverised into digital dust. Users must be aware of this simple fact, if you want something to be kept private, don’t put it online. Period.

When downloading a certain application as part of a brand activation, you will usually bump into the “agree to terms & conditions” screen before you can actually start using the application. It’s up to the user to agree to the terms or not as their data will be handed over to these entities to use for their own benefits or purposes such as saving it onto their databases for complementary marketing efforts.

Can you give us an example of a brand that has used data effectively to put together a creative message – especially in the Middle East?

At the moment, we feel the region is still in the infancy stages of using effective measurement tools and listening online to put together a more targeted and impactful message. What is imperative for these type of campaigns, or activations, is social listening – what are the target audiences talking about – and fine-tuning the campaign according to the feedback from target audiences sourced from online conversations.

We have often seen Oreo’s dunk in the dark tweet – mentioned in the report as well – being cited as an example of successful real-time marketing and getting social media right. Why don’t we see such examples emerging from the region?

In the Middle East, we’re still in the phase of convincing certain brands to consider social media as part of their marketing plan or strategy. Those who are active on social media are rolling out very successful campaigns in some cases, however these are pre-planned and not as sporadic as the Oreo dunk in the dark tweet – which was a reaction to a real-time happening. This calls for real-time listening and having a dedicated digital team who will be able to roll out reactional post that provoke people to share instantly.

If you had to sum up the progress of digital media in the last few years in three words, what would you say?

From our experience in the past years we would say it was more like the seven stages of grief for some organizations to be digitally savvier. However, the future is looking bright for the Middle East and our three words now are “Educate, Reflect and Action”.