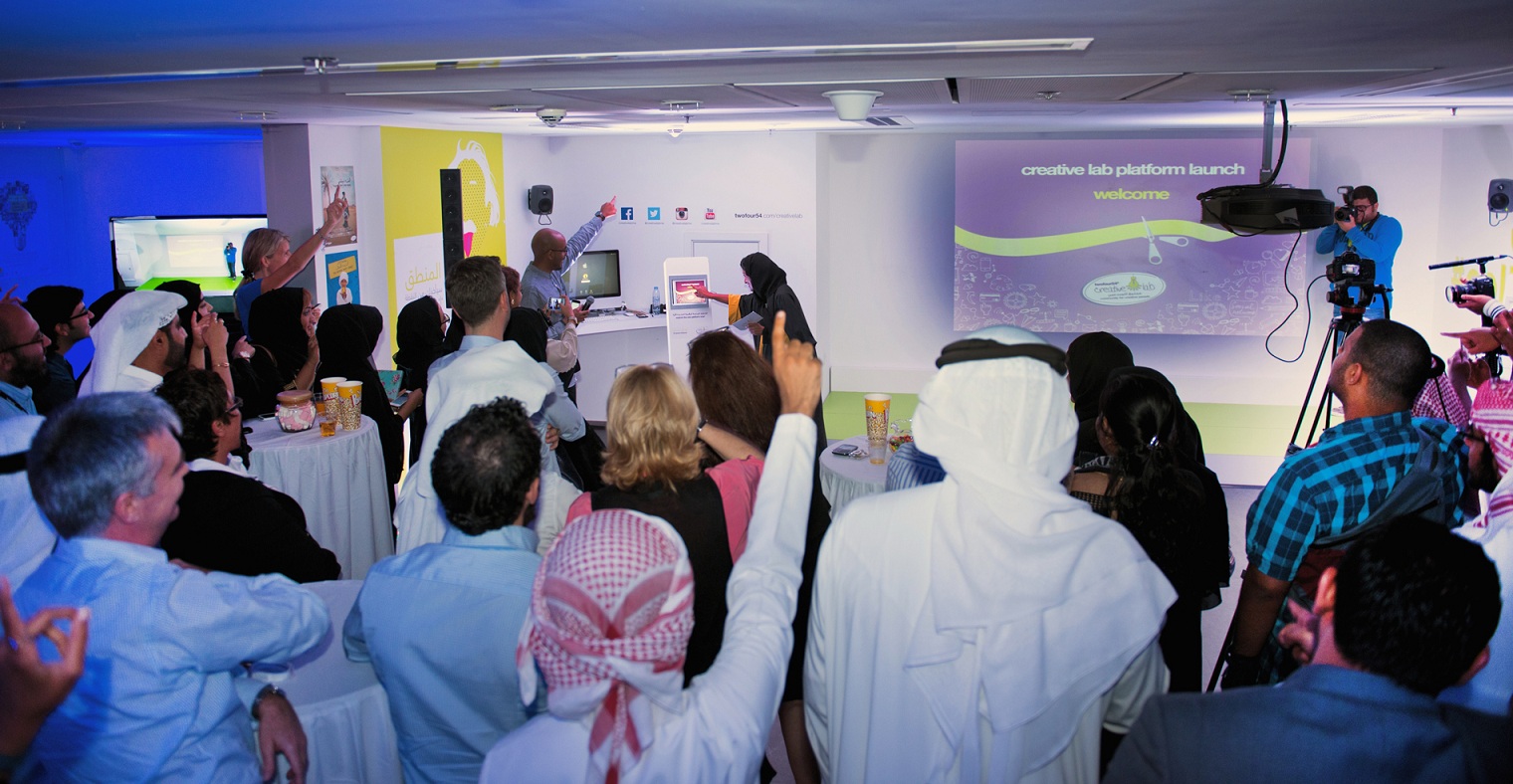 “This bi-lingual platform is an instant network for the creative industries and this tool is the bridge that will connect our broad talent pool with the region’s creative community” said in a statement Noura Al Kaabi, CEO at twofour54. “By uploading their portfolios and showcasing their talents, they can connect to producers, agencies, broadcasters or other like-minded creative – this is the latest step in Abu Dhabi’s journey to becoming a leading media and entertainment hub.”

The platform allows users to upload entire portfolios and connect their profiles to social media through channels such as twitter, Instagram, and Facebook. Its interconnectivity helps businesses to search for talent for specific projects. Continuous blog posts and a social wall with regular feeds keep members up to date with industry news and opinions. Members can also use the new online platform to promote their own events, workshops and initiatives.

Al Kaabi said: “twofour54 has developed and supported young talent since it was founded, and we are now seeing results through the local production of more high-quality films, games, publications, and television programmes, driven by the creation of a thriving community for all types of media production. Locally based talent is a great advantage that has helped twofour54 successfully attract global television and film producers to the emirate, this platform will further enhance this offering.”

The creative lab is twofour54’s community for creative people with over 80 projects funded to date. It operates #thelab, which currently has over 300 visits a month. The physical space, located on twofour54’s campus, is where members can network, and make use of facilities, such as sound and edit labs which are free to community members .The existing community of nearly 10,000 members can find guidance and funding for projects at the facility.

The platform connects existing and potential members of twofour54’s creative community; with trade partners such as agencies, broadcasters, government and private entities, and production companies. It is also a platform to promote courses at twofour54 tadreeb, a training academy for the media and entertainment industries.

Members of twofour54’s creative community and platform users can also access exclusive experiences such interning with the major international film and televisions that are being attracted to the emirate. For example, six interns had the opportunity to work on the Abu Dhabi production of famous science-fiction film, Star Wars, and two of those interns will go on to London’s Pinewood Studios to further their production experience.

twofour54 is building a media and entertainment hub in the Middle East by promoting talent development and content creation by Arabs across all media platforms, including film, broadcast, music, digital media, events, gaming, and publishing.