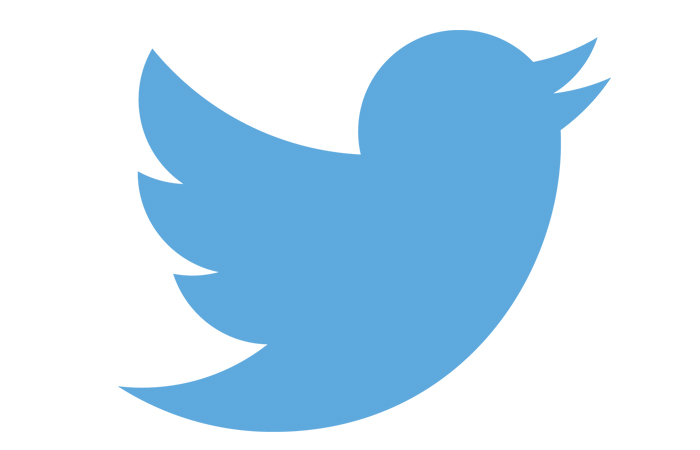 On its 10th birthday, Twitter is paying homage to the people and brands who have experimented, innovated and grown with the platform, transforming the role of the platform and of advertising itself in the process.

Twitter is celebrating by listing the 10 factors that make the platform unique for brands and highlighting those brands that have optimized it to suit their needs.

From the very beginning, brands have taken to the platform to express themselves in more complete, authentic ways. Every tweet that’s been sent, every person a marketer has responded to, or cultural trend engaged, brands have redefined what it is through ‘showing’ rather than ‘telling’. Take Smart Car. In 2012, when user Clayton Hove tweeted that a bird had “crapped on a Smart Car”, and “totalled it”, Smart Car USA swooped in to much amusement, proving the impossibility of the claim, and red-defining their brand voice in the moment.

Over the years, brands have capitalized on a wide variety of opportunities, including each other. When Kit Kat laid down the gauntlet to Oreo over a game of Tic-Tac-Toe, Oreo quickly responded in an authentic way that generated love for both brands. This form of brand interaction and building simply didn’t exist before.

Oreo has continued to innovate with its brand on Twitter, right up to its most recent video and GIF work, exploring the possibilities if you “open up with Oreo”. The brand consistently connects with people and culture to define a powerful, authentic brand.

Brands have long engaged in contextual advertising, but news and culture tend to move at a faster pace. It was Oreo’s now-famous tweet when the lights went out during Superbowl XLVII that really ushered in the age of real-time marketing. For the first time, brands not only connected to culture, but they did so in the moment, and at scale. Others, such as Snickers, quickly followed, this in response to Luis Suarez’s infamous bite during the 2014 World Cup. Brands quickly learned how to plan for the expected and prepare for the unexpected, applying real-time marketing principles to news events, ad campaigns, and everyday consumer behavior.

We now find ourselves in an era of Live Storytelling, where brands don’t just plan and anticipate moments, but engage their audiences in an ongoing conversation and shared experience. When Disney launched Star Wars: The Force Awakens last year, they built up to the launch for nearly a year on Twitter. What followed felt less like a campaign, and more like a live, interactive story unfolding. They partnered exclusively with Twitter to share their TV spot first on the platform, sparking a huge global conversation. These flames of excitement were further fanned by live Q&A’s with the cast.

Twitter has given rise to communities and movements that have sprung up organically on Twitter. From #BlackLivesMatter to #HeForShe, 140 characters and a hashtag have often been enough to galvanize a group of people, to drive positive change.

A new breed of brands are taking the same approach, directing their resources and expertise to deliver movements for social good. These brands aren’t just connecting to culture, they are creating and sustaining it.

Dove harnessed the potential of the 2015 Oscars with its now iconic #SpeakBeautiful campaign, to change the negative conversation about body image.

The brand highlighted how common negative speak is, and challenged its audience to start their own positive domino effect. The result: 30% fewer negative beauty conversations, and 69% more positive beauty conversations compared to Oscar night 2014. #SpeakBeautiful continues goes from strength to strength. At SXSW this month, Dove launched a custom tweet analysis, helping people further understand their potential impact on others, and promoting more positive speak.

Influencer marketing is as old as marketing itself, and celebrity collaborations and endorsements have been a part of Twitter from the start. More recently, however, there has been a rise of a new breed of influencer: the social creator. These creators have pioneered platforms such as Vine and Periscope, proven that constraint can indeed inspire creativity, and built large, passionate audiences. Brands have played an integral role, partnering with social creators to co-create a new, authentic connection between brand and audience.

GE’s #6SecondScience Vines blazed a trail, showing us what was possible in 6 seconds, and featuring new stars such as Meagan Cignoli. Visa gave a unique perspective on the Sochi Olympics with a series of Vines from Ian Padgham. In 2014, HP partnered with creator network Niche to launch their Pavilion x360 laptop. A series of Vines featured creators such as Zach King, and were, for the first time, used to create HP’s new TV spot.

Last year, HP re-connected with Twitter and a range of creators to launch its latest #BendTheRules campaign. Featuring content from creators including Robby Ayala, the content again formed the basis of a new TV spot.

For 10 years, brands have shared content at scale on Twitter, but they have also harnessed the open nature of the platform to listen. Every tweet creates the opportunity for a personal response, and brands have innovated to scale personalized content in a variety of ways. In an environment where conversations are public, a conversation between a customer and a brand also has the potential to reach a mass audience.

The same year Burberry was sending handwritten GIFs, Purina was engaging in personalized content at scale, responding to pet lovers in custom ways. On this, Nestle’s 150th birthday, Purina has continued to surprise and delight through personalized images and GIFs, and continued to put pet owners at the heart of the conversation.

From the 2nd Screen to the 1st Screen

TV and Twitter have long enjoyed a strong symbiotic relationship, as people turned to Twitter in the moment to follow along with all the action, engage in the conversation, and connect with other fans. Brands wasted no time innovating with these two screen behaviors, engaging according to interest in specific shows, and integrating hashtags into ad spots. In a world-first, 20th Century Fox had users Tweet #areyouseeingthis, pulling their tweet responses to the trailer for Prometheus into a spot in the next break. With its 2012 #YOUDRIVE campaign, Mercedes didn’t just stimulate 2nd screen conversation, it enabled Twitter users to choose what would happen next, and ‘drive’ the commercial. During Superbowl XLIX, McDonald’s captured everyone’s imagination by tweeting each and every ad spot, and giving away every product featured.

But alongside a shift to 2nd screening, an even bigger shift has been the migration of time spent primarily on mobile as the first screen. Advertisers are increasingly breaking and sharing key messages on mobile first. In 2015, McDonald’s turned to Twitter to launch its new brand campaign on mobile. The brand launched its #AllDayBreakfast campaign by replying to the first person to ever ask for it on Twitter, and it continues to promote it with great, mobile-first video.

Life After :30 and the Rise of Live Video

Brands are no longer limited to the 30-second spot to launch a product or deeply engage their audiences. A spectrum of video lengths and types have grabbed people’s attention on mobile. The six second Vine opened up new creative potential, and now Periscope, Apple’s 2015 app of the year, is adding live video and live feedback to broadcasts of any length.

Target has been testing a variety of concepts with Periscope. It live streamed its #LillyForTarget launch in NYC, increasing the size of its audience, and giving real-time feedback.

At The Grammy’s, Target partnered with Gwen Stefani to bring fans a live music video in the ad break, taking fans inside and behind-the-scenes via Periscope.

And now, with Periscope’s recent partnership with GoPro, the creative possibilities are endless.

The Hashtag and New Forms of Visual Expression

It’s hard to imagine Twitter, or the world, without the mighty hashtag. Suggested by Chris Messina in 2007, it has powered communities and movements, and enabled new forms of brand identity. In 2011, Audi became the first brand to air a SuperBowl spot with the hashtag #ProgressIs. During the 2012 London Olympics, #TakeTheStage became synonymous with Adidas. The hashtag hasn’t just organized information, and brought us together, it has also paved the way for new forms of creative expression.

Hashtags have started to morph into emojis, gaining even more visual stopping power and emotional relevance. Coca-Cola was the first brand to launch a custom brand emoji on Twitter, extending its #ShareaCoke platform. Now, not only could people buy and share personalized bottles, but share the experience with anyone on Twitter, and engage with the world’s largest Twitter “cheers”.

Users were surprised by the emoji that appeared as they Tweeted #ShareaCoke, and participated in a world record. Users were again delighted when a new mistletoe-themed emoji emerged during the holiday period.

From Customer Service to Serving Customers

It’s easy to forget that customer service used to consist mainly of 800 numbers, and waiting on hold for an operator. Now people can instantly connect with companies, whenever, and wherever they choose, getting service on their terms. Customer service tweets to brands have increased 2.5 times over the past couple of years, according to McKinsey & Company. What’s more, customers with a positive customer service interaction are 85% more likely to recommend a brand to others. Faster and more convenient for people, more valuable for businesses. The public nature of the interaction also fosters a level of mutual accountability, and over the years has resulted in the useful, delightful and astounding.

When user Peter Shankman quipped to Morton’s Steakhouse that they should meet him at the airport with a steak, that’s exactly what they did.

Spotify has taken customer service queries, and turned them into personalized content, via cleverly-curated playlists.

T-Mobile took to Twitter and quickly became one of the most socially devoted global brands with its award-winning “T-Force”.

People and brands have harnessed the open nature of Twitter to connect objects, and bring real-time content to their followers, bringing them closer to the experience. On the one hand, brands such as Burberry created shared experiences around their catwalk shows with #TweetCam. Other brands have enabled people to interact with objects, such as vending machines and billboards.

New video technologies and opportunities for interaction have transformed the ways brands can connect and share their experiences.

At The World Economic Forum in Davos this year, Bank of America used various tools in its arsenal to bring people closer to this notoriously elite event, and bring them together around a connected experience. BoA shared key views from influencers, allowing people to vote directly through custom polling formats.

And these poll results were quickly shared for all to see. Periscope was also leveraged throughout, teleporting users to Davos and the big issues being debated.