Ticket to the world
Insights Culture
Back

Ticket to the world 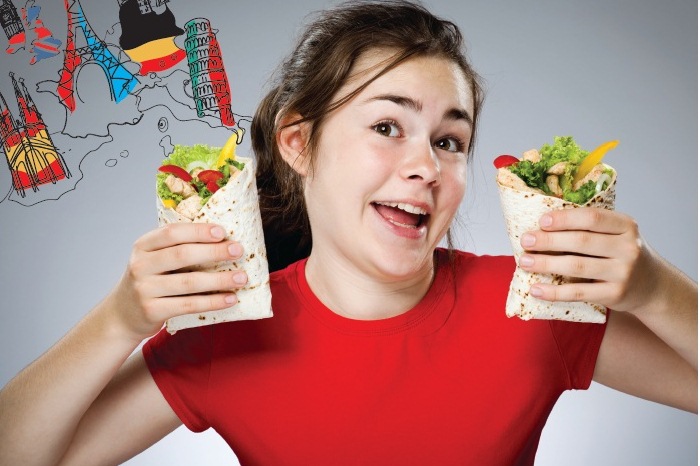 In the past couple of years, street food restaurants that serve traditional Lebanese sandwiches, such as falafels and shawarmas, have been mushrooming in the country at a blinding speed. Besides the usual concern of offering healthy and tasty foods, these new chains have taken Lebanese street food to the next level in terms of branding, keeping in mind the aim to expand globally. “We, as Lebanese, have enough food, enough marketing experience, enough know-how and servicing experience to deliver a good product and grow around the world. In fact, Lebanese food is now known worldwide,” says Daniel Georr, partner at Shawarmanji and managing partner at advertising agency Table Spoon, which handles the restaurant’s communication.

To be able to expand globally, each brand has its own strategy, with one common point: the need to give some sort of modern touch to a traditional approach.

Georr adds that a modernized experience was needed, first by the Lebanese themselves. “When we entered the market, the demand for shawarma exceeded its supply. Lebanese people love shawarma, but couldn’t always find it in the desired or proper way. Each region used to have its own shawarma shop and people used to be scared to try another one. What we did was offer shawarma in a more trustworthy format; we modernized the experience, keeping the sandwich as is, since it is already loved by consumers,” he explains.

Previously known as Tarator, Falafel & More is one of the new Lebanese street food brands that considered the possibility of expanding abroad, while building its identity. “Tarator is a word that could be misunderstood in Arab countries, especially in the Gulf. This is why we decided to rebrand into a wittier name, Falafel & More, which is easier to communicate internationally,” says head of marketing at F&B brand builder Antventures, Rita Salamoun. “Falafel has become a global trend known and liked worldwide. We can easily add a modern touch to the experience, without harming its authenticity.”

Safa’a Fares, franchise communications manager at Just Falafel – which is present in 12 countries with 52 branches – says the logo and branding material of the brand were changed at least a couple of times in the past few years, as the brand matured and started operating across many markets and, therefore, needed a global look and feel. “Nowadays, food travels fast across the globe, giving neglected food categories an opportunity to impose their presence on a global scale. The adaptation of traditional Lebanese food to the 21st-century retail environment only helps these categories to revitalize and stretch their reach,” says Fares.

Rabih Abou El Hosn, partner at Abou Shawarma and general manager at advertising agency Excite, which handles the restaurant’s communication, is a little bit less enthusiastic about modernizing traditional Lebanese street food brands. “While most of the Lebanese restaurants try to act as if they were European brands, we built the Abou Shawarma brand having in mind the possibility of franchising abroad, but intentionally keeping it authentic, starting from the name, the slogan and the whole experience,” says Abou El Hosn. “But, even though the slogan is ‘Authentic Lebanese’ and the term ‘Abou’ is typically Lebanese, we wanted our brand’s name to make sense in both Arabic and English, especially after looking at Arabic adaptations of major F&B brands in the world, such as Starbucks, McDonald’s and Burger King, etc.,” adds Abou El Hosn, who considers Abou Shawarma’s universal logo as one of the brand’s strengths that makes it possible to take it both the East and West.

Christine Assouad Sfeir, CEO of Green Falafel, says there’s another way of modernizing traditional Lebanese street food, by creating an eco-friendly falafel joint. “We called our brand ‘Green’, since, with each bite, the consumer will help us do the little things that matter to protect our planet. At our restaurant, we use recycled paper and plastic, as well as recycled furniture and counters. We save energy using LED lighting and electricity and water sensors, and we have a green wall in store that is used for educational purposes. Last but not least, five percent of Green Falafel’s Monday sales go to planting trees, in association with NGO Jouzour Loubnan.”

The balancing act to maintain success in this new arena is a tricky one. “There is something called acquired taste, which is the food we’re used to. Many brands entered the Lebanese market trying to defy this acquired taste, offering specialties that could put the marketing strategy at a risk. We are already offering a new experience, putting people outside of their comfort zones by putting them in a restaurant/QSR to eat shawarmas; we can’t risk it and offer them an entirely new taste. In fact, when a restaurant offers sandwiches that are special, people automatically tend to try these specialties and chances are they won’t like them, judging the restaurant as bad. Hence, the right strategy to follow is start building the brand by offering people the food they are used to in order to win their trust, before experimenting with new tastes,” says Georr, giving the example of McDonald’s that started offering new flavors only after winning consumers’ trust. “Now, if someone doesn’t like the Brazilian burger offered lately by McDonald’s, or the Lebanese, or the Italian, they won’t stop eating at McDonald’s, because they already trust the brand and other offerings it has,” he explains.

Moreover, the number of street food brands that have mushroomed in the country in the past couple of years poses another challenge. Georr says: “Today everything in life is recycled from another idea and it’s totally normal, unless there’s a copy and paste – aka cheating.” Just Falafel’s Fares is less happy with copycats; “I believe that the F&B industry is becoming more and more commercial in Lebanon; new products being proposed are underestimating the intelligence of the Lebanese. We are lacking originality and just becoming copycats of each other, forgetting about quality and food safety. However, there are great concepts brought in everyday and introduced to consumers without really communicating those with them,” she says.

Communication is, indeed, key and its strategies are changing, along with the whole street food concept in Lebanon. “A big part of our target audience is in the early 20s and 30s, and this new generation is all hooked online, so we can’t communicate with them, unless we use their ways,” says Falafel & More’s Salamoun, who considers digital media and BTL activities as the strongest mediums of communication for an F&B brand.

In fact, all new street food brands rely on social media and agree on its importance in their communication strategies. “We rely heavily on online campaigns in our communication – Facebook and Instagram being the strongest of our channels. In fact, we spend a lot of time and money on Facebook, and it’s getting us a lot more return on investment than any other type of advertising,” says Abou Shawarma’s Abou El Hosn, who also believes in the power of word of mouth.

As for Shawarmanji, the most efficient communication medium is not actually a media.“Growing to 12 shops in a year, with an average of one shop opening per month, triggered a certain curiosity in people that were seeing our shops mushrooming in the country. For us, every shop’s power is equal to the power of a billboard on the road – noting that the locations of all of the shops were chosen very strategically,” Georr points out, while not excluding the importance of both social and traditional media. “After opening our shops, we went for some traditional advertising, such as outdoor ads – considered a very good medium for QSRs – TV ads and TV appearances in several shows – the latter being even more effective than ads – and, definitely, social media,” he explains.