The rise of D-to-C brands
Insights Industry
Back

The rise of D-to-C brands 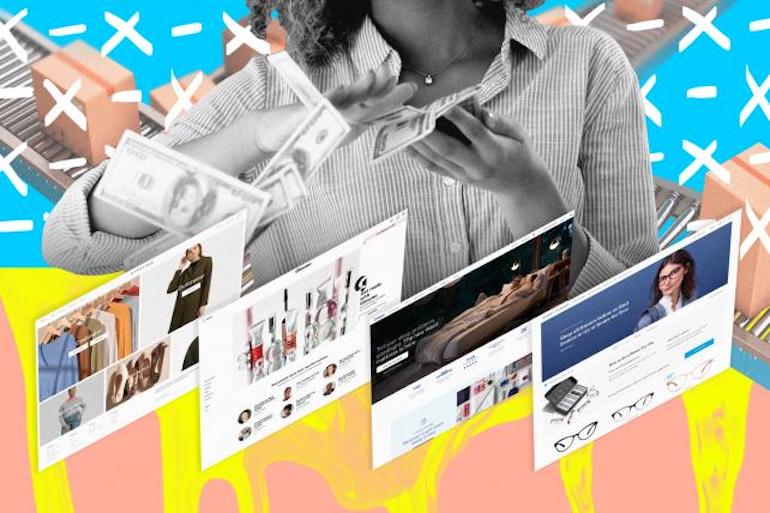 Many of the hot brands in retail today didn’t exist a decade ago. But now, backed by big-time venture capital, new direct-to-consumer players are making enough waves in the retail landscape that heritage players are forced to pay attention. Larger brands caught dueling for consumer dollars might do well to adopt some of the marketing strategies that startup brands have deployed from infancy.

“Almost every category has these venture-funded, young, agile startups that are proving how effective they are at taking market share,” says Terence Kawaja, founder and CEO of Luma Partners, a digital media and marketing-focused advisory firm. “It behooves every major marketer to take a look at what they’re doing.”

Direct-to-consumer, or d-to-c, brands are digitally native brands that sell directly to consumers rather than through other retailers or middlemen. The brands are solely responsible for sourcing, producing, marketing and selling their products to shoppers. Many do marketing in-house or employ smaller agencies on a project basis. PR firm Derris does a lot of work with startups, as does design agency Gin Lane.

How we got here

These new brands built themselves on the back of the Internet – a place where consumers can easily buy goods and customers can be reached at little cost via social media. Established players, weighed down by brick-and-mortar and supply-chain infrastructure, find this tech era harder to navigate.

These startups pin their hopes – and ad dollars – on millennial consumers, a natural fit given the demographic’s comfort with technology and willingness to try new brands. These startups are able to act more easily on the customer data they collect from their own sites and are “able to control what the product looks like and how consumers experience the brand,” says Anagha Hanumante, senior intelligence analyst at CB Insights.

Investment dollars continue to pour in for d-to-c brands. In 2018, funding for such players, excluding food brands, topped $1.1 billion – up from $616.9 million last year, according to CB Insights. However, the entrance of newcomers is slowing down as more dollars flow to existing d-to-c brands that are growing. Seed-funding rounds accounted for 31 percent of deals in 2017, but just 22 percent of deals in 2018, CB Insights found.

Turning on the TV

While most d-to-c startups began with paid digital campaigns and some out-of-home, they’re branching into more traditional mediums, including TV.

“They’ve proven successful at circumventing or collapsing the sales funnel by starting at the bottom and leveraging social to build their business,” says Laura Correnti, partner at creative agency Giant Spoon.

She notes that the strategy leads to both free media and revenue for these businesses. TV takes the growth to the next level. Giant Spoon recently partnered with NBC Universal on a program to help d-to-c brands test TV advertising.

There are as many marketing strategies as there are players, of course. Warby Parker gives a pair of glasses to those in need for every pair sold, which helped it make a name for itself in eyewear. Everlane allows consumers to choose their own price for certain apparel and accessories, which gives shoppers more control – or at least the illusion of it.

Traditional brands are hampered by their own legacies and dinosaur infrastructure, making it harder for them to pivot to d-to-c. “They can launch their own cool startup but it’s not easy to say, ‘Yeah, we’re a big, slow company and now we’re cool,’” says Luma Partners’ Kawaja.

And while their larger competitors have trained customers to expect frequent sales, d-to-c brands rarely offer discounts. On Cyber Monday, Away, for example, touted its “already low” prices.

Larger brands could try to mine their own customer data better to inform more targeted marketing. And rather than employ high-earning CMOs, Kawaja says to look at how smaller startups are tapping chief growth officers, who are generally younger, less expensive and more in tune with a digital-first audience.

One other option for older brands is to acquire smaller players to gain their customer followings, like Procter & Gamble did last month with Walker & Co., the 6-year-old d-to-c company behind personal-care products for people of color.

However, with many startups still in their infancy, the jury is still out on profitability. That won’t stop larger brands, though. Says Kawaja, “We see a lot of potential deal activity.”