The old daze
Insights Industry
Back 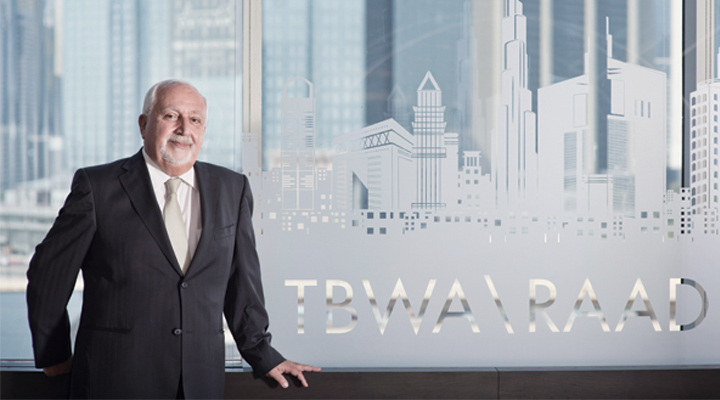 In 1968, very few people knew about Dubai. It was the year the government of Kuwait donated its old black & white TV studios to the government of Dubai. It was also the year Kuwait Television started transmission from Dubai. This new station’s managing director – the late – Riad Al Shouaibi soon realized the importance of Lebanese advertising agencies, which were in control of the majority of regional advertising budgets. So, he invited their owners to visit Dubai, which, at the time, was almost unheard of. In fact, the only flight connecting Beirut to Dubai arrived late at night. And, when all these proud Lebanese admen arrived at the Carlton Hotel (the current Riviera hotel on the Dubai creek) and found out they had to share rooms, a revolution flared up in the hotel lobby. Many of these guests threatened to return to Beirut; if only there were return flights at that hour.

Remembering this story that was told to me by the late Erwin Guerrovich and Samir Fares, as well as by Nabil Kazan and many of the first generation admen, brings to mind the month of September 1975. My then Unilever client Phil Cooper called me to complain about the fact that he was not seeing any of his ads that were supposed to be running on Dubai TV. To my shock, I found out that my Intermarkets CEO and Nabil Kazan, CEO of Eclair Kazan, had invited Riad Al Shouaibi to dinner earlier that week in London, with the objective of strengthening ties between Dubai TV, a major advertising platform, and the two agencies. Erwin Guerrovich and Nabil Kazan could not shake their Lebanese habit of mixing French with conversational Arabic. Riad was not a French speaker, became annoyed and made his feelings clear to both. Halfway through dinner, another burst of French was unconsciously exchanged. This led Riad to nervously leave the table, get to his hotel room, call Dubai and instruct his people to stop all campaigns booked by Intermarkets and Eclair Kazan. This was the state of TV advertising in Dubai in the early 1970s, when Lebanese agencies fled the civil war in their home country and came to temporarily take shelter in Dubai. Since then, the UAE has developed into a major TV broadcasting hub used by CNN, Sky News, CNBC, National Geographic, Cartoon Network, Zee, Al Arabiyah and MBC, in addition to the many channels of Abu Dhabi, Dubai, Sharjah, Ajman, and Ras El Khaimah.

I came to know about Dubai when assigned as a member of an Intermarkets team that accompanied a leading Dubai businessman on his visit to Beirut. It was Juma Al-Majid, who, along with his lawyer, was to start negotiations with Ghassan and Emile Tueini at their old Souk Al Tawile office in Dowtown Beirut. The plan was to discuss the purchase of An Nahar’s old printing press and its shipment to Dubai, where Al-Majid would publish an Arabic language newspaper – with the help of editorial staff the Tueini brothers were offering to provide. This bold plan got aborted, when Al-Majid returned to Dubai and applied for a publishing licence to launch an Arabic language daily. Instantly denied the licence, he was advised to divert his publishing interests towards the English language; which he finally did in 1979, establishing a partnership with Obaid Al Tayer (the current minister of state for financial affairs) and Abdul Wahed Al Rostamani to launch Gulf News. When I settled in Dubai on October 22, 1975, there were no newspapers here except for a memo-graphed publication, The Daily Recorder, published in Sharjah and distributed to subscribers in Dubai as well. We used to print our clients’ ads on glossy paper, which we delivered to the publishers to insert into the publication at the rate of only two to three ads daily.

In 1977, we were asked to launch Imperial Cigarettes in the UAE. We spent time preparing the full-page printing blocks as the two Abu Dhabi government-owned dailies – Al Ittihad and Emirates News – were still being printed via the letter-press process. I took an agency colleague to help me carry these heavy blocks and we drove to Abu Dhabi. To our disappointment, Al Ittihad’s advertising manager rejected our expensive booking order and the accompanying printing blocks due to a cigarette ad ban that was passed the previous day. However, when this gentleman was summoned by the editor-in-chief, his roommate Abdel Razzak Al Shinawi, the advertising manager of Emirates News, immediately offered to accept his own newspaper’s booking – as well as the advertising budget that was planned for Al Ittihad; the ad ban notification had not reached Emirates News yet, as it was still being translated. I changed the booking order on the spot, as the cigarette was a Virginia blend one, and its main target was the English-language Asian reader. The print media story in the UAE has since changed dramatically. The creation of the Dubai Media City (DMC) in 2001 radically changed the rules of the publishing game, which had been controlled by expensive and complicated secure licences, quotas, censorship and population size. Suddenly, specialized Arabic language periodicals mushroomed in a fast-maturing environment. It is interesting to see that many publications continue to be edited in DMC, while being printed and distributed out of Lebanon.

The growth of media in Dubai highlighted the need for readership and viewership surveys. One day in early 1976, I received a call from Sami Raffoul of the Pan Arab Research Center (PARC) in Kuwait, asking me to help him get a visitor visa to Dubai, which I did. When Sami finally landed, I found that he was here to apply for a permit to conduct the first media survey for the UAE. Two days after Sami’s arrival, the two of us were summoned to Abu Dhabi, where we got interrogated for a very long and worrying day. Our interrogators wanted to know why were we interested in knowing what people read and what TV they viewed; who had sent us to get this information; how long we’d known each other for; and through which militia group in Lebanon we had been trained. After two weeks of anxious waiting, PARC was granted the licence and the first UAE media survey was soon under way.

After a number of years, Sami moved his head office to Dubai, and PARC’s media surveys became a standard planning tool for ad agencies. At the time, the findings revealed that Gulf News had taken over Khaleej Times’ long-established leadership amongst English-language readers. Gulf News ran full-page ads celebrating its achievement and quoting PARC’s media survey as the source. This led Mohammad Al Galadari, the publisher of Khaleej Times, to raise a court case against Gulf News and PARC, claiming big money for the damage that they had caused him. The UAE chapter of the International Advertising Association (IAA) realized that, if this court case made it to judgment, it would be the end of future surveys. And so, it used all its weight to bring Messrs Mohammad Al Galadari and Obaid Al Tayer together to reconcile and withdraw the case. This was not an easy feat, and the first couple of meetings led to a much wider rift. I was the president of the IAA Chapter then, and we persisted until the evening before the court hearing. We started our meeting at four in the afternoon at my office – considered a neutral territory – then we moved to Al Nakhoodah Coffee Shop of the original Dubai Intercontinental, the only place that stayed open 24/7. Finally, at three in the morning, we succeeded in getting the two publishers to shake hands and call their PAs – who were on standby – to type the case withdrawal letter, which had to be rushed to court early the next morning. As they left, I went back to the concierge desk to call Sami, who was waiting to break the good news. Those were the days, colleagues, and things were not as easy as you have it now. Enjoy.