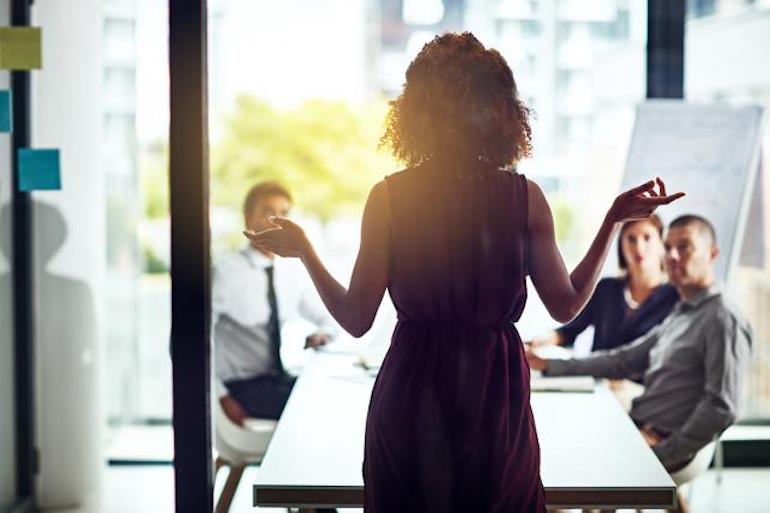 When Domino’s went looking for a new Hispanic agency, its executives demanded certain agency employees be present at pitch meetings – and not just the top dogs. “We said multiple times, ‘I don’t care how junior they are. If they’re working on my business, I want to meet them,’” says Karen Kaiser, vice-president of national advertising at the pizza chain before retiring in February.

Domino’s didn’t want to fall for the all-too-common bait and switch where “you get all the senior people and all the most polished people and all the smartest people in the room –and then, poof, all those people disappear and you don’t see them again,” says Kaiser, who helped oversee the process that led to the selection of The Community in January.

Such demands are among the many forces reshaping the agency selection process, where longstanding traditions are under new pressure. Pragmatic conversations are replacing flashy presentations as the best way for agencies to win new business. And speed, more than showmanship, is of the essence as marketers demand constant content and award more assignments on a project basis.

READ: The DOs and DONTs of a media pitch

Months-long agency-of-record searches are not about to go extinct, to be sure, and interminable PowerPoint presentations will likely linger on. And on. But marketers are less enthralled by sizzle and hungrier for substance, including meeting the people who will actually be doing the work. They’re putting less emphasis on spec work and more on how the pitch team thinks and solves problems. And clients are more often streamlining the process, offering agencies stipends for their pitches and testing them out with standalone assignments.

“You are not hiring the agency, you are hiring the team within the agency,” says Joanne Davis, founder of agency search firm Joanne Davis Consulting. So agency reviews should focus on “‘Let’s sit down and have a conversation and see if we think alike,’ as opposed to 14 people standing up putting on a Broadway production.”

RIP to the RFI?

Other industry experts are calling for substantive changes to the traditional agency search, which can take several months. “It’s an artificial process with an artificial timeline,” says Deb Giampoli, a former global director of agency relations for Kraft Foods and Mondelez who now runs Stone Soup, a consulting firm specializing in agency searches and marketing training.

A typical review begins with clients sending out request-for-information documents, RFIs, that ask multiple agencies to submit basic information. From there, clients narrow their lists of contenders and send survivors requests for proposals, or RFPs. In traditional reviews, agencies are asked to come back as soon as three weeks later with full-blown creative ideas, potentially even rough versions of TV spots. After the finalist is chosen, contract terms are hashed out.

Giampoli advises cutting the RFI step because clients can easily do their own research on agencies. And rather than asking shops to formulate full-blown creative executions, clients should spend more time meeting agencies at their offices and quizzing them about their strategic visions, she says. “You really get a tangible sense of the culture of a place if you are there,” she says.

Questions clients should ask, she suggests, include:

“And then have the presentation be about that kind of stuff, not ‘Here is our creative stuff,’ ” Giampoli says. “You’re learning something about the relationship and something about how they think. But you’re not asking them to spend $400,000 of their own money to prove something to you that you can learn another way”  – such as examining real-life work they have done for other clients.

Casey Burnett, managing partner of the Burnett Collective, which runs agency searches, says his firm tries to get clients and agencies together sooner in the process and more often. “Let’s not find our agency based off of an RFI response or a written RFP that frankly very few people are going to read,” he says. “Let’s get the teams together and see what happens from that level.”

Pitching can be an expensive exercise for agencies, given all the time and travel required, even if they aren’t asked to create finished ad products. Some clients mitigate the costs by providing stipends. Ally Financial recently paid five-figure stipends to every agency in the final round of its creative, digital and media account review. But it can get tricky. Davis says she warns clients against paying money and then expecting to own the work, unless they spell it out legally beforehand.

ALSO READ: How to work with procurement

Burnett estimates that about half of his clients pay stipends ranging anywhere from a few thousand dollars for travel and meals up to about $40,000. It’s more of a goodwill gesture than anything else for clients that want to bolster their image in the agency community. He says smaller clients often can’t afford it and larger clients don’t feel they need the image boost. But “a lot of times, it’s that middle-tier client who is trying to get a lot of interest on their business and show they’re a good account and get A talent on their business,” he says.

Focus on the relationship, not the documents

For its recent review, MassMutual eliminated the RFP step altogether, allowing the marketer to streamline the review process from six months to three. “We took every opportunity to put the development of new relationships first and sidelined the ‘pitch’ process,” Lindsey Slaby, whose Sunday Dinner consultancy handled the review, told Ad Age earlier this year. Johannes Leonardo won the creative account.

Jill Baskin, chief marketing officer at Hershey and a former Kraft and Mondelez marketer, says she tries to avoid paperwork, including RFIs and RFPs, in favor of conversations. “The big pitch, while you can see a lot of ideas … I don’t know that it gets the best relationship in the long run,” says Baskin, who once worked for Leo Burnett. Her advice to marketers: “Don’t just show up for the meeting and leave as soon as you can. Spend some time with those [agency] people, talk to them. You’d be surprised at what comes up at lunch after the meeting,” she says. “You learn real things about them, how they are feeling about the work, what promise they see in it.”

Of course, for quick-turnaround project work, which is on the rise, there’s often no time for much in-person socializing. The Community recently won a project from Verizon’s Oath digital media division after meeting twice via Google Hangout, with the agency participating from Miami and Oath execs joining from the West Coast, says Mike Ridley, the agency’s global director of business development and marketing. For one session, he logged in from home, and his dog jumped into view. “It was quite embarrassing,” he says.

MUST READ: How the advertising industry has gone from a bunch of ‘Mad Men’ to ‘Sad Men’

Some clients are using project work, not formalized pitches, as a way to test agencies. And if they pass, it evolves into an AOR relationship. Dentsu’s 360i recently was named media and creative AOR for the Biofreeze pain-relieving gel brand after first being brought on to conduct an audience study. Michael McGoohan, chief marketing officer at Biofreeze owner Performance Health, says he never used an RFP for the original project, choosing 360i among a handful of agencies. His process included informal conversations and asking 360i to share case studies on how it dealt with similar brands. He contrasted it with the traditional approach of relying on “impersonal spreadsheets” and “a series of formal presentations”. At the end of that, “you think about all the time you spent that actually doesn’t really inform how you are going to work together,” he says.

The drawn-out formalized pitch process is especially foreign to Silicon Valley tech firms. Work & Co., a Brooklyn-based shop that specializes in making digital products for the likes of Apple, Facebook and YouTube, will often just start building something for a client before it even wins the business.

“We’re going to act like we have the assignment and show you how we really work,” says founding partner Gene Liebel. He criticizes traditional agency search processes as being filled with needless presentations and “a ton of stage managing and a ton of politics”.

“The work that shines in those pitches is more conceptual. You run the risk of making this meeting fetish object that’s not really going to turn into an operation-izable product,” he adds. “You don’t want to be tempted to do something that’s not real or meaningful just to win.”