The Influence of Japanese Anime In the Middle East

Communicate spoke with Nadim Dada and Dr. Urwa Tariq to understand the origins behind the rising popularity of anime in the MENA region and how it has influenced young Arabs. 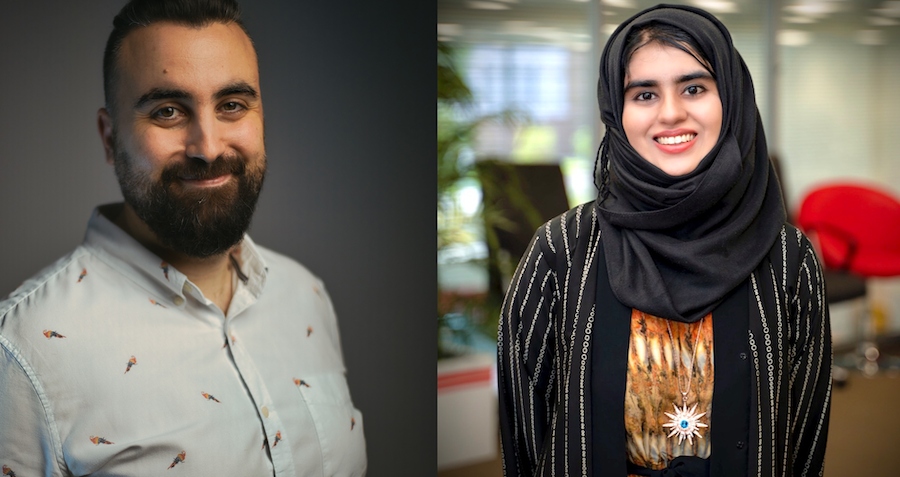 The fandom for Japanese anime is recognized as one of the most powerful cultural fandoms in the world and their growth is only going to go up, as streaming giants also begin entering the playing field. Even social media platforms such as TikTok has helped spurr its growth exponentially. Believe it or not, here in the MENA region, anime is not a foreign concept. Die hard anime fans have been present in the region since way back in the 1970's

So, Communicate decided to explore the origins of the cultural infleunce of Japanese anime on young Arabs by speaking with Dr. Urwa Tariq (Right), Research Associate, UAE University and Nadim Dada (Left), VP of Content Acquisition at Starzplay, to hear their input on the influence of anime in the MENA region.

How long has anime been popular in the MENA region?

Dr. Urwa Tariq : From the 1970s, national television channels in the Gulf pushed for the production and broadcasting of local content. The UAE established a similar decree regarding its broadcasting.

Although children’s programs were aired on Arabic channels, many programs were imported from non-Arab countries, mainly Japan. Venus Centre (مركز الزُّهرة‎) a Syrian dubbing company in Damascus, became the first and only dubbing centre, to dub Japanese anime and children's programs in Arabic in the Arab speaking world. As animated cartoons were regarded as a juvenile medium, minimum effort was invested in establishing local animation studios.

The reception of foreign programs became higher than local production. Japanese animation was highly favored for children’s broadcasts as it required minimum censorship and matched the strict moral codes and traditions. Likewise, Japanese anime was admired by most Arab audiences owing to their storylines, values and characters. Ultimately, these Japanese cartoons became staple programs for decades in every Emirati household.

Nadim Dada : Over the last few years, we have seen popularity and demand for anime growing in the region. The passion for this genre here in the MENA region is mind-blowing. People learn Japanese just so they can watch anime simulcast the same time as Japan.

While the MENA region has a very young population, estimating almost 75% under the age of 30, anime content is not just appealing to the younger demographic it may be traditionally associated with, but also people in their 40s and upwards who grew up watching such shows. These were two series from the 1980s in particular- Grendizer and Captain Tsubasa; here it was called Captain Majid. The fact that they even created opening credits in Arabic made those shows so popular and now they are the reference for anime in the region.

Having said that, the slightly older audience appears just as interested in newer shows – particularly from the shōnen genre – that remind them of the series’ they used to watch. Now you have this new generation of anime, with Naruto or My Hero Academia, that we’re licensing simulcast with Japan.

What is the reason for its appeal?

Dr. UT: According to our study, Emirati fans stated that watching anime helps relieve them of anxiety. The pressure from universities and restrictions from a conservative society have made animation an ideal way to escape reality. Fans of animations also appreciate the beautiful artwork, illustrations, music and the simple yet striking plots in anime which according to them formed positive, optimistic and high-spirited views of life.

Similarly, there was a commonality of core values among Arab respondents, such as an interest in fantasy, a high degree of computer literacy, openness to other cultures and a tendency towards being introverted.

Watching anime made them feel exotic and unique because it allowed them the freedom to express, which reinforced their feelings about their interest. This explained the growing interest of anime illustrators who found a way to practice their passion through the help of social media and getting local supporters, who commended their artwork. 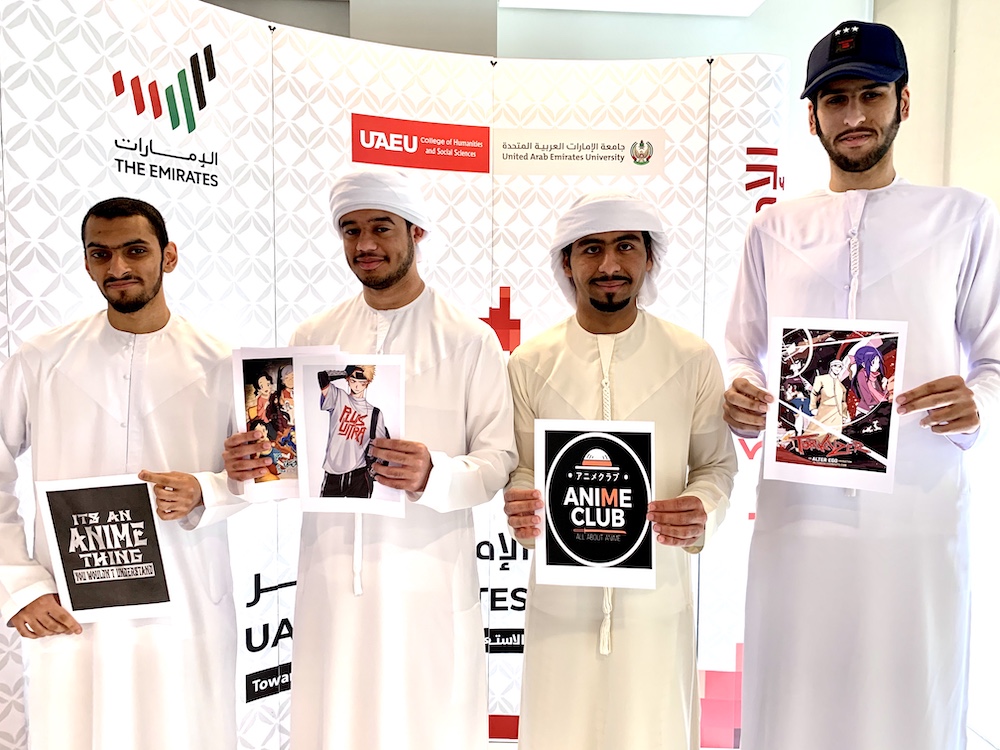 ND: More than the escapist element and the mystical, mythical worlds that anime creates, I believe its popularity in the region is driven by its uniqueness: You can never experience the 'anime feel' in a live action series or even an animated Hollywood film. The experience is surreal and engaging. Anime series have strong storytelling [capabilities] that appeals to viewers in the regions as they don’t require understanding of western contextual references.

How has digital media and technology played a role in enhancing the popularity of anime today?

Dr. UT: Digital media has not only made a wide selection of anime and manga available at little or no cost, but encouraged Emirati otakus, bloggers and fans to come together as a community and encourage the development and exchange of fan-made productions and scanlations.

Young viewers are beginning to demand high-quality productions with engaging visual effects and realistic animation as they have started to consume more immersive content through ultra-high-definition TVs, tablets, smartphones and head mounted devices.

Moreover, they have started getting drawn more towards Asian entertainment. Because of Japanese animation, Emiratis are now switching to anime inspired dramas, movies, characters which are commonly found in South Korean, Thailand and Chinese entertainment. There is also a new trend of illustration that stems from Japanese anime and manga and it's gaining popularity among female Emirati artists. The social media posts constitute a subtle discourse that often features local traditions and characteristics along with cultural inhibitions. They have found a way of intertwining the Japanese visual culture with Emirati customs, characteristics and traditions within social media (Instagram, Pinterest) as a way of visual self-expression in an art form. A separate research study was undertaken on this as this is a new rising phenomena in UAE. 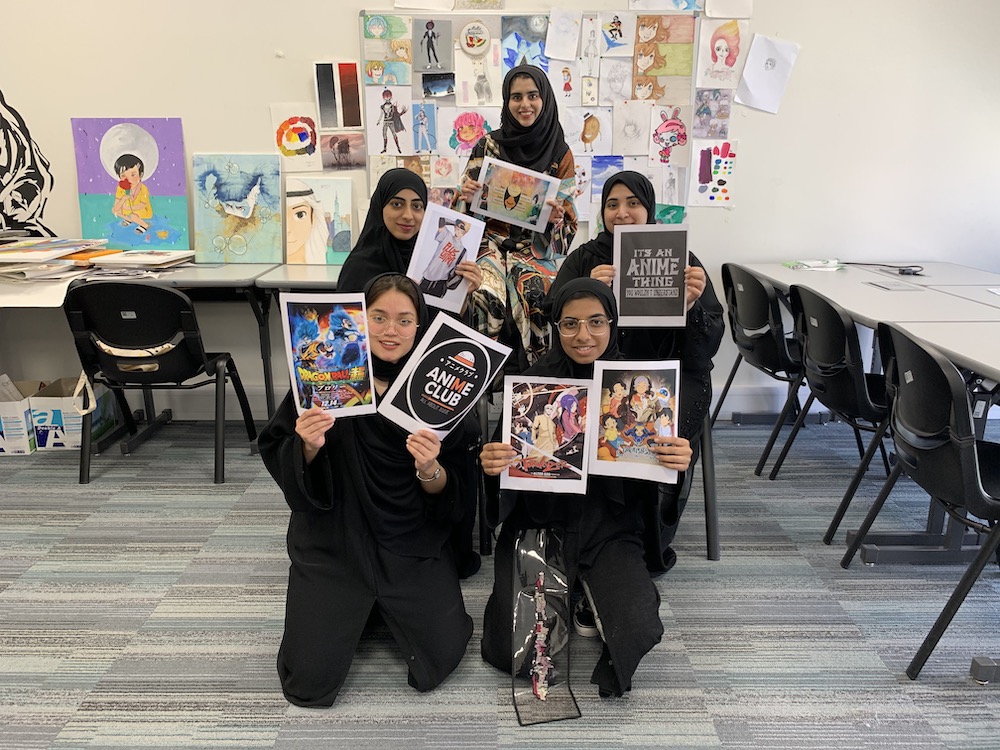 ND: I would say streaming has certainly strengthened the reach and popularity of anime in the region and it has been further bolstered during the Covid-19 pandemic with more and more people resorting to online entertainment.

Over the last few years, the region has witnessed an increased demand for anime, and as the leading streaming player, we made conscious efforts to bring some of the best Anime content to the platform and subsequently grow the portfolio.

The beauty of running an OTT service is the ability to offer a wide assortment of entertainment choices to our subscribers and hence we’ve been working consistently to be the one-stop-shop for our viewers in the region. We have been keen on acquiring and curating the most successful Japanese anime brands and are extremely proud of our recent partnership with TV TOKYO to stream popular anime entertainment for our MENA subscribers.

Has it played a role in influencing Arab culture?

Dr. UT: Yes, it did. Though Japanese popular culture lacks national identity, Japanese anime and manga are drawn in a way that directly reveals its origin to the audience, which is Japan. Majority of participants in our study indicated that Japanese anime had indeed evoked an interest in Japan to the point that they were inspired to learn more about Japanese culture, language, art, animation and even visit Japan.

Likewise, a high preference was given to Japanese anime over Emirati-produced cartoons. Participants responses also tallied with a recent study which showed that their passion for anime had led to a recent rise in Emiratis who wished to pursue higher studies in Japan. This rose to more than 60 percent over the last five years. Additionally, Japanese language courses will be a new option into UAE schools starting from 2020.

Additionally, the foreign animation industry has created a resistance towards the UAE animation industry. UAE youth today are living a globalized life. They are adapting and celebrating cultures from across the globe, from places that, until recently were quite alien to them. Observing the adoption of Japanese anime media fandom and the behavior of the fans could well provide a window into the wider changes evolving in UAE and create opportunities in other GCC nations.