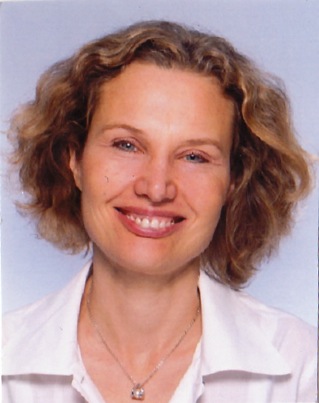 Stories have been around since antiquity. People have spread them for thousands of years and some are still relevant today. They stood the test of time because people engaged with their core message and spread them through oral tradition – from generation to generation. Think Greek Myths and fairytales.

Behind these stories lies a simple structure: strong characters in context, who meet a difficult challenge and live adventure that hit a climax, after which there is unraveling and then the morale: a key life lesson, often linked to the very essence of the human condition.

Most of us grew up in the broadcast era where there were many intermediaries between people, stories and what hit the public antenna. Editors, producers and media companies all played a part in selecting that stories we watch. We watch these stories, but our behavior is more passive than active. Open platforms are now available and every person has the tools and the power to build and broadcast their own story. There is an ever growing amount of stories and even more interaction. And it is not about to end…

Online platforms are at the heart of this ‘digitoral’ era and are fueling its growth. What makes the fittest story? Which stories survive?

We know what story content people engage with because we can measure this in real time, anywhere in the world. The stories that make it are crafted for engagement at the start. They are exceptional and stand out for a variety of reasons – funny, moving, uplifting, simple, universal and with a message. What is key is that they are set in a ‘Zeitgeist’ which means the ‘sign of the times’ for people in a particular group, city, country or region to relate to it.

Understanding the ‘Zeitgeist’ in which we operate in is key to success. A restaurant chain in the U.S was on a mission to deliver wholesome food to the people. With a stunning cinematographic long form film (below), Chipotle guided people to download a mobile application in which the food processing chain was reinvented. The film and the game appealed to the child in all of us. The message was relevant to the ‘Zeitgeist and it sparked a debate.

Dodge Durango built a content series (below) that dared to challenge the existing form of automotive advertising in the United States. In a funny and simple parody, Will Ferell aka Ron Burgundy from the movie “The Anchorman” built 70 striking stories that people spread and shared. People loved the content, the tone and the style. It brought value and made them laugh at a sales techniques that was unconventional.They not only brought 59 percent more Dodges the month the stories went live, Chrysler sales lifted with 12 percent year to year.

On December 31st, users around the world were able to live stream Dubai’s magnificent fireworks (below) which reinvented their New Year’s Eve experience. Emaar had teaser countdowns to the big day and a custom YouTube channel that broadcast the show from different camera angles. People could start and develop a conversation with each other in real time, share videos and images as well as upload their New Year’s wishes or resolutions.

In the ‘digitoral’ era, success starts with good content for a story, powered by technology and solidly framed in the sign of the times. Brands should think about how they can craft their stories to engage people right from the start and ask themselves the golden questions: Would I watch this? Would I share this? Would I do this? Is it worth my time?

Stories should be exceptional, simple, and universal and most of all, if you can embrace powerful human truth, it will make all the difference in the world and to the world.