The changing visual representation of women
Insights Culture
Back

The changing visual representation of women 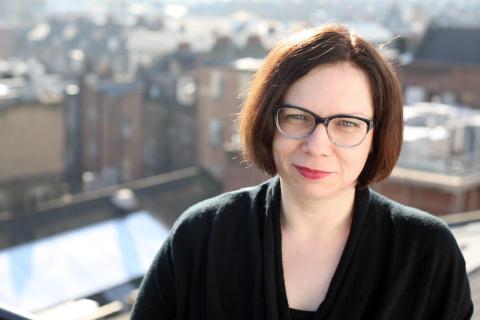 “You can’t be what you can’t see,” says Sheryl Sandberg, Facebook COO, author of Lean In and founder of LeanIn.Org. “In an age where media is all around us, it is critical that images provide examples that both women and men can emulate.”

As we move into a more globalised world, where information and images are easily distributed and shared online the representation of women is changing and we’re seeing a global evolution – not revolution – in the depictions of women and girls.

The shift towards a depiction of women as stronger, more confident and in charge is influenced by the fact that women are becoming increasingly active on social sharing sites like Facebook, Twitter and Pinterest, with 35 percent of all social media users in the Middle East being female, and are therefore in charge of spreading and creating more imagery than ever before.

The participation of Arab women in the workforce might still be low compared to the rest of the world, but Arab women are qualified to play an active role in the region’s economic development – in many countries in the region female literacy is about equal to those of men (in the UAE, according to UNESCO*,  female literacy rates are actually higher at 91.5% than those of men, at 89.5%) as is the number of male and female college graduates, with around 70 percent of graduates being female.

In advertising and marketing, it is crucial to follow and reflect shifts in demographics and gender roles, but the art is to strike the right balance and use visuals which appeal to the general market and at the same time have that spark of aspiration. Campaigns that feel natural and show aspects of everyday lives connect best with today’s audience and capturing the changing role of women as a reality and an aspiration will inspire further change.

A look at the regional United Arab Emirates sales of the world’s leading creator and distributor of imagery, video and content delivery solutions, Getty Images, reveals that while in the past images of women in their traditional roles as mothers and wives were prominent, the current top sellers include portraits of women by themselves that express an air of independence and women as professionals, the protagonists of their own story.

Getty Images is currently partnering with LeanIn.Org, the women’s empowerment nonprofit founded by Facebook COO Sheryl Sandberg, to create the Lean In Collection – a library of images devoted to celebrating powerful images of women, girls and the communities who support them.  Through the global platform, which supplies media, creative agencies and marketers in over 100 countries with the content they need to tell their stories, the curated collection has the power to lead and change the visual conversation.