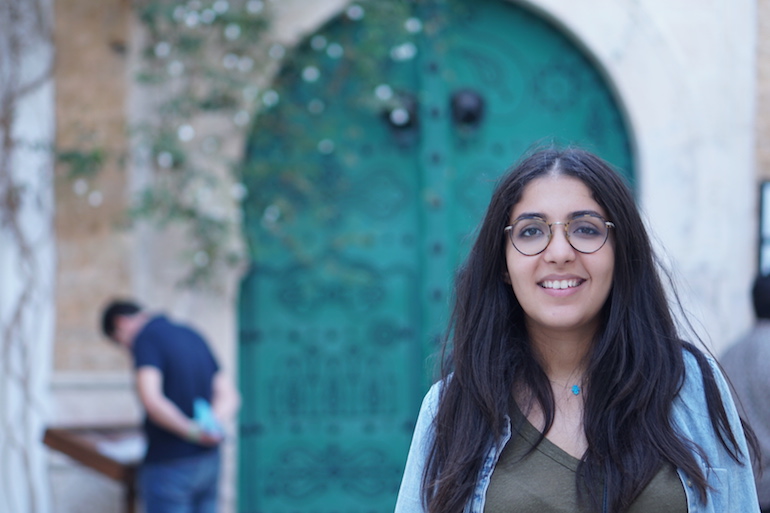 Queen Kahena, the Berber warrior queen of 7th century Magreb, was a beautiful and passionate woman by all accounts. She was also a fierce military strategist and often rode at the head of her armies facing her enemies. Bold and alluring, she forever stands as a mighty ancestor to all North African women.

Tunisia has a strong history of feminine emancipation as it was the home of the great warrior Queen Kahena; Carthage was the first empire to be built by a woman; and Tunisia became the first Arab country to promote gender equality, ban polygamy and grant women the right to vote, back in the 1950s. Educating girls on the values of autonomy, competency and knowledge has nurtured individuals with great potential.

READ: All you need to know about the 1st Arab Women Forum in Saudi Arabia

Thirteen centuries after the fall of Kahena, in present-day Tunisia however, social and religious norms seem to have curbed that pattern of glory. The most telling indicator would be the media’s portrayal of the female persona – the diligent housewife, doting mother, alluring seductress, trendsetting-fashionista, damsel in distress – stereotypes all widely spread around the world, not just in Arab countries. Tunisian brands have yet to take a bold stance regarding these formulations, despite a solid presence of women working in the marketing communications industry in the market. Such a timid performance is partly due to the conservative mass audience, which is resurging even stronger following the revolution. The upturn of values such as tradition, faith and safety, are making advertisers hesitant to rock the boat.

In order to test the status quo, J. Walter Thompson Tunis conducted an experiment on female representation in commercial messaging during a campaign on football. Now, football is predominantly considered a man’s playground – but is it really? What if a mighty brand such as, national operator Tunisie Telecom, issued content to congratulate not only male football fans on Tunis’ qualification for the 2018 World Cup, but all Tunisians, equally? The “Ya Russia Jeyin” music video was in fact the first piece of work of its kind to be edited with gender parity at its core: men and women had equal screen-time, 1347 frames each, as well as exactly equal presence as actors and voices. Such an edit was a true disruptor to advertising standards, but did it have a perceptible impact on viewers – would they notice and comment; would men decry the inclusion of women on their turf?

ALSO READ: How advertising is, can and should, empower women

The answer is, no they didn’t, and that says a lot about the gender norms in the Tunisian society. “Ya Russia Jeyin” was viewed five million times in a country of 11 million, and not one viewer expressed unease at seeing so many women cheering about football. And why would they? Women represent 50.5 percent of the population, which implies that in real life, male supporters are comfortably surrounded by as many men as women on a daily basis. Women are widely present in the workplace, public spaces, family spaces, schools and practically every aspect of daily life. Yet, where we see them missing is in the media, in advertising and in political leadership position – the spaces that establish a perceived “norm” by virtue of their broadcast potential.

The problem for Tunisian women – who once built empires and stood against invading armies – is the struggle to find an equal voice to express themselves in the public domain. But as you read these words, a wind is blowing, awareness is rising and change seems to be imminent, because the truth of the matter is, in their daily lives Tunisians recognized gender parity over a millennia ago, and confirmed that belief in the middle of the last century. Today’s Tunisian women need look no further than their own country, history and education, and put into practice the values of autonomy, competency and knowledge to re-establish the true norm in the public domain.