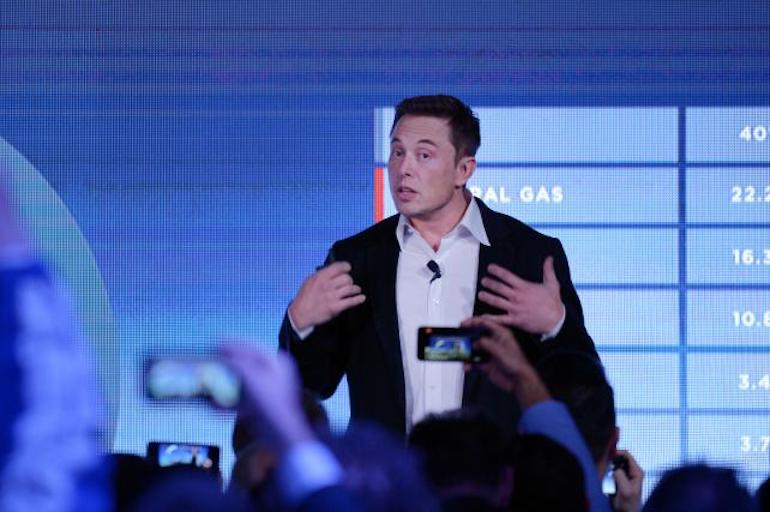 Elon Musk is hopping on the #DeleteFacebook digital bandwagon.

The CEO of Tesla Inc. and Space Exploration Technologies tweeted Friday that he wasn’t aware there was a Facebook page for his rocket company. After being asked by a Twitter user to delete it, he responded, “will do”.

Musk wrote back to another user who shared a photo of Tesla’s official page on Facebook and asked if it, too, should be deleted: “Definitely. Looks lame anyway.” Tesla’s and SpaceX’s Facebook pages vanished soon after.

Musk is the highest-profile tech figure to join people who are expunging Facebook from their lives after it was revealed a firm that worked for Donald Trump’s 2016 presidential campaign had kept data from 50 million Facebook users even after telling the company it had destroyed the information. Facebook shares fell 1.1 percent to $163.10 at 1:31 p.m. Friday in New York and have slumped almost 12 percent since the revelation, and lawmakers are calling on CEO Mark Zuckerberg to testify in front of Congress.

It’s not the first time Musk has sparred with the social-media giant. Last year, Zuckerberg criticized Musk’s pessimistic view that artificial intelligence is a threat to humanity. “I just don’t understand it,” Zuckerberg said last August. “It’s really negative and in some ways I actually think it is pretty irresponsible.”

Musk responded, writing on Twitter: “I’ve talked to Mark about this. His understanding of the subject is limited.”

In 2016, a SpaceX rocket carrying a Facebook satellite exploded after launch. “I’m deeply disappointed to hear that SpaceX’s launch failure destroyed our satellite that would have provided connectivity to so many entrepreneurs and everyone else,” Zuckerberg wrote on Facebook.

Musk also made fun of Sonos for not being as committed as he was to the anti-Facebook cause after the connected-speaker maker said it would pull ads from the platform – but only for a week.