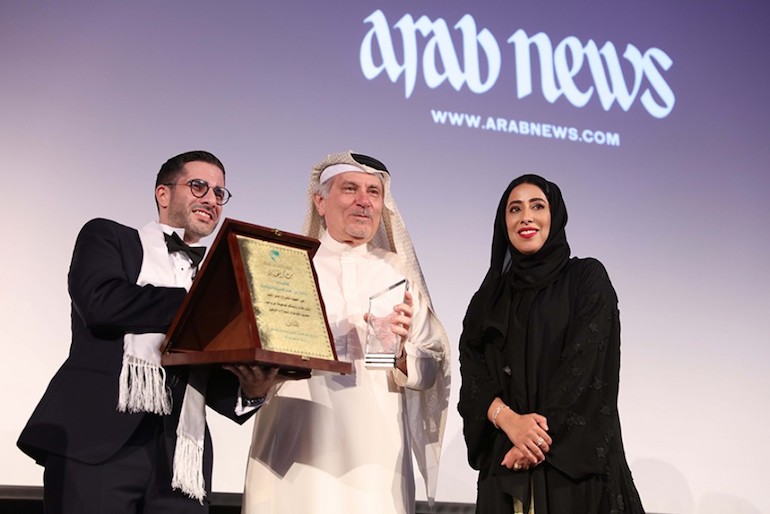 With a “2020 vision”, a new look and feel and a new tagline, “The Voice of a Changing Region,” the brain aims to refresh its approach to stories – both in terms of the content and visual representation.

Stories will be supplemented with the contextual analysis and graphics and background facts giving richness to the newspaper’s stories. Many now come in two forms; a full version and a “speed read” that can be more easily digested. They are also accompanied by panels of instant facts and statistics that can be quickly and easily understood.

During his speech, Faisal J. Abbas, the editor-in-chief of Arab News, called on technology companies such as Google, Facebook and Twitter and traditional news publishers to work together for the sake of combating fake news and preserving editorial integrity.

LOOKBACK: Abbas’ plans for Arab News when he joined

He said that this starts with the digital monetization model for media – and called for a fairer model for the content creators.

“The only way forward is to ensure sufficient monetization of our digital platforms. The truth is, none of us are able to compete with the rates that the likes of Google, Facebook and Twitter themselves can offer –nor we can afford to cut down on quality at the expense of the truth.”

“What I suggest is that it is time we all stand together and discuss a sustainable future which ensures fairer revenues from digital platforms, a future we can build together to protect us, our children and our children’s children from fake news.”

Almaeena was also the winner of the second International Media Gala annual lifetime achievement award, which was presented by Mona Al-Marri, the director general of the Dubai Government Media Office, who was the guest of honor at the gala.

The newspaper is based in Jeddah, Saudi Arabia, with a network of international bureaus.