Out and about with Sami Al Mufleh, CEO of Hills Advertising
Insights People
Back

Out and about with Sami Al Mufleh, CEO of Hills Advertising 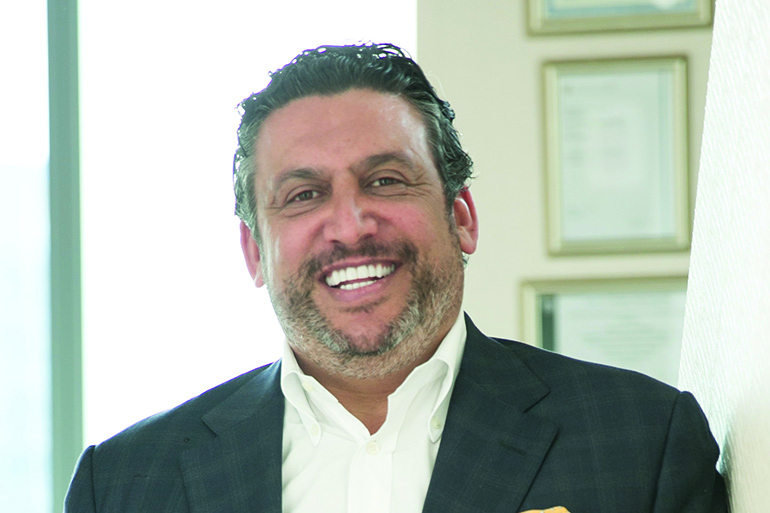 The growth of digital may not have killed traditional media, but it has resulted in a 40 to 45 percent drop in outdoor ad spend since 2015, admits the CEO of Hills Advertising, Sami Al Mufleh, rather candidly.

Still, the company continues to transform outdoor, beyond the hoardings on Dubai’s Sheikh Zayed Road, creating the interactive outdoor screen at JBR and the Golden Gate Bridge on Sheikh Zayed Road, for example. “We stopped to assess what is needed and what isn’t,” says Al Mufleh. Inevitably – and especially in this situation – innovation is always needed.

From building-wraps to 3D objects in hoardings, innovation looks different at different stages. More importantly, “innovation is not only related to technology, but also the best of industrial outdoor advertising,” asserts Al Mufleh.

Often, innovation can be confused with bringing technology or concepts from other countries into the region. However, due to prevalent culture, consumer habits and environment in the region, he suggests combining the best from different parts of the world to see what works here.

Hills Advertising’s advent into digital OOH may have been somewhat late – 2012 – because there was no “digital media provider or manufacturer in the world who can give me an engineer or a right product that can be durable and sustainable in such weather,” Al Mufleh says.

The temperature, humidity and dust in the Gulf make it difficult to create a digital outdoor system that would work in the long term. Al Mufleh adds that, coming from an engineering background, he intentionally stayed away from digital solutions, even though other companies were adopting them – and failing, sometimes within a year, because “you cannot create a media that collapses in two months,” he notes, especially digital media, which is rather expensive.

The first digital outdoor challenge for Hills was the outdoor screen at La Playa Lounge in Dubai, which took two years to develop, as the digital screen would be placed near the sea, where the air is salty, humid and hot. Also, the concern wasn’t just about installing it, but also maintaining it for at least ten years.

More than bringing in a new technology or product, isn’t the bigger challenge keeping pace with it? And, since technology changes rapidly, wouldn’t it be better to look for more short- to mid-term solutions? “No,” says Al Mufleh. “It doesn’t function that way.” For outdoor advertising, location is key. Al Mufleh stresses the importance of a long-term landmark location: globally, he says, New York City’ Times Square and Piccadilly in London have a strong association with brands.

Simply put, technology can be updated; locations can’t. In fact, “if you bring a new technology here [to the region], people will thank you, but after some time, there will be a newer technology,” says Al Mufleh. To keep pace with tech, the infrastructure and engineering have to be solid enough to allow new developments.

“I want to create a long-term, sustainable income for me and the developer,” he says. “If I don’t like the technology of my screen, I can change it and put in a new one, but if the new technology is not adaptable with my infrastructure, I cannot [change] it.” It’s also why he and his team look at outdoor advertising as urban planning and engineering – but, of course, for advertising.

From the ground up

It’s not enough to have the latest technology, but also to plan the right implementation. “You can buy a Ferrari, but you cannot keep it in the store; you have to sell it. So, you may be getting many awards, but are you getting back the money or not?” quips Al Mufleh.

This is why Hills is in talks with developers right from the planning stage – such as with Meraas’ Dubai South. Typically, the firm works with the developer on a 50-50 revenue-sharing relationship – although this differs by project – to decide advertising locations and media hardware. Moreover, he says: “We can create the right infrastructure beneath the ground that can support the technology for the coming years.” This kind of planning is also beneficial for developers’ long-term interests. But, he admits, this isn’t top priority, because, once they’ve sold the properties, not much revenue comes in, except for service charges and advertising.

For now, despite the tough times, Al Mufleh says he believes in the vision of Dubai, which is why Hills Advertising’s core values, in many ways, reflect those of the Expo 2020: innovation, sustainability and connectivity.