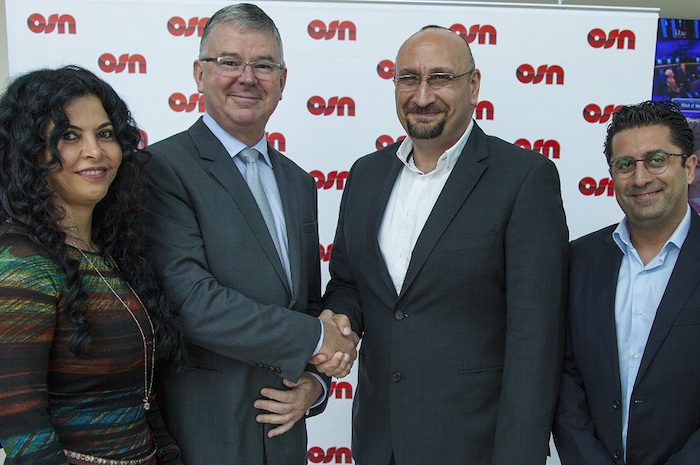 OSN and Gulf Film, a distributor of major studio productions and independent movies sign a six-year exclusive partnership through 2021 for premium film content.

Marking a regional first, the partnership is underlined by OSN’s acquisition of the entire transaction window building exclusivity for the first-time across all platforms including over-the-top (OTT) content access available on OSN Play, that is free to subscribers and GO, the non-subscriber based online TV service.

David Butorac, CEO of OSN, says in a statement: “The exclusive multi-year output deal with Gulf Film is industry-defining for the MENA region. It marks the first time that an exclusive content sharing agreement has been signed with the region’s leading distributor of films. While OSN has built an incredible library of content through our ‘only-on-OSN’ partnerships with leading Hollywood studios, our association with Gulf Film significantly enhances our brand-new film content to define OSN as the home of blockbuster and the latest movies.”

OSN will also provide 56 trailers of the newest movies playing at Novo Cinemas, owned by Gulf Film, daily on its various channels. Further, Gulf Film will cross-promote OSN content at all Novo Cinema screens across the Middle East.

Selim El Azar, CEO, Gulf Film, adds: “Through our partnership with OSN, we can further strengthen the visibility of our new releases via movie trailers and other behind-the-scenes looks. OSN subscribers will also have the opportunity to watch their favourite movies first on television on their network, and in truly spectacular HD quality. OSN will be the only platform to offer these movies to viewers in the region.”

As part of the agreement, OSN also holds the rights to broadcasting the films on its digital platforms including OSN Play and Go, assuring an anytime, anywhere film experience for its subscribers.