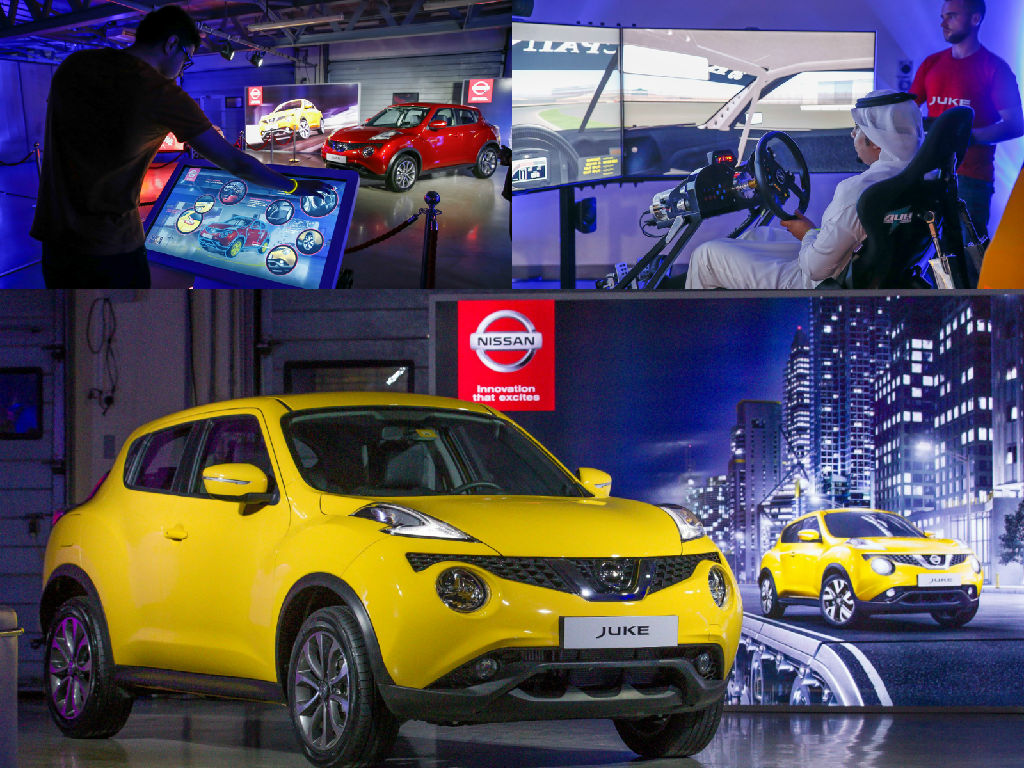 On February 15, Nissan unveiled its latest Urban Crossover, the 2015 Juke, at the Dubai Autodrome.

The upgraded 2015 Juke targets the urban creative and hence Nissan’s launch event was created in line with the ethos of this consumer segment, “supporting expression and creativity,” according to a statement.

Featuring Electric Days, the launch welcomed the Nissan Juke to the region style with a host of local DJs and urban graffiti artists putting on a show for attendees. The Juke’s three core areas of innovation – its design, performance and technology – were put on display, through an on-ground interactive party experience with designated areas for each of the features.

Nissan’s managing director Middle East, Samir Cherfan, says in the statement: “Juke is a unique and bold vehicle, that has resonated well amongst people who like to be noticed and stand out from the crowd. We felt that in line with its brand image of ‘daring to be different’, Nissan had to welcome it to the region in style. The Juke delivers in every way – it’s an extremely comfortable high ride with fast, sporty response. Customers will discover that their crossover thrills them as much as a sports car. We made some revisions to it but not at the expense of the traits that have made the Juke such as a success”.

Katib Belkohdja, SUV senior brand manager adds: “Choosing to drive a Nissan Juke is more of a mindset than belonging to a set demographic. The new model comes with fantastic technology innovation and a variety of options for consumers to select from. It’s powered by a choice of either a 1.6-litre natural-aspirated engine or a 1.6-litre turbo-charged 4-cylinder engine”.

The Nissan Juke will also be present at the Street Nights festival in Dubai, an event focused on developing and encouraging creative talent among young people. The highlight will be a ‘face-off’ with two Jukes being painted live, and users voting for the best one through the hashtag #takeastand.