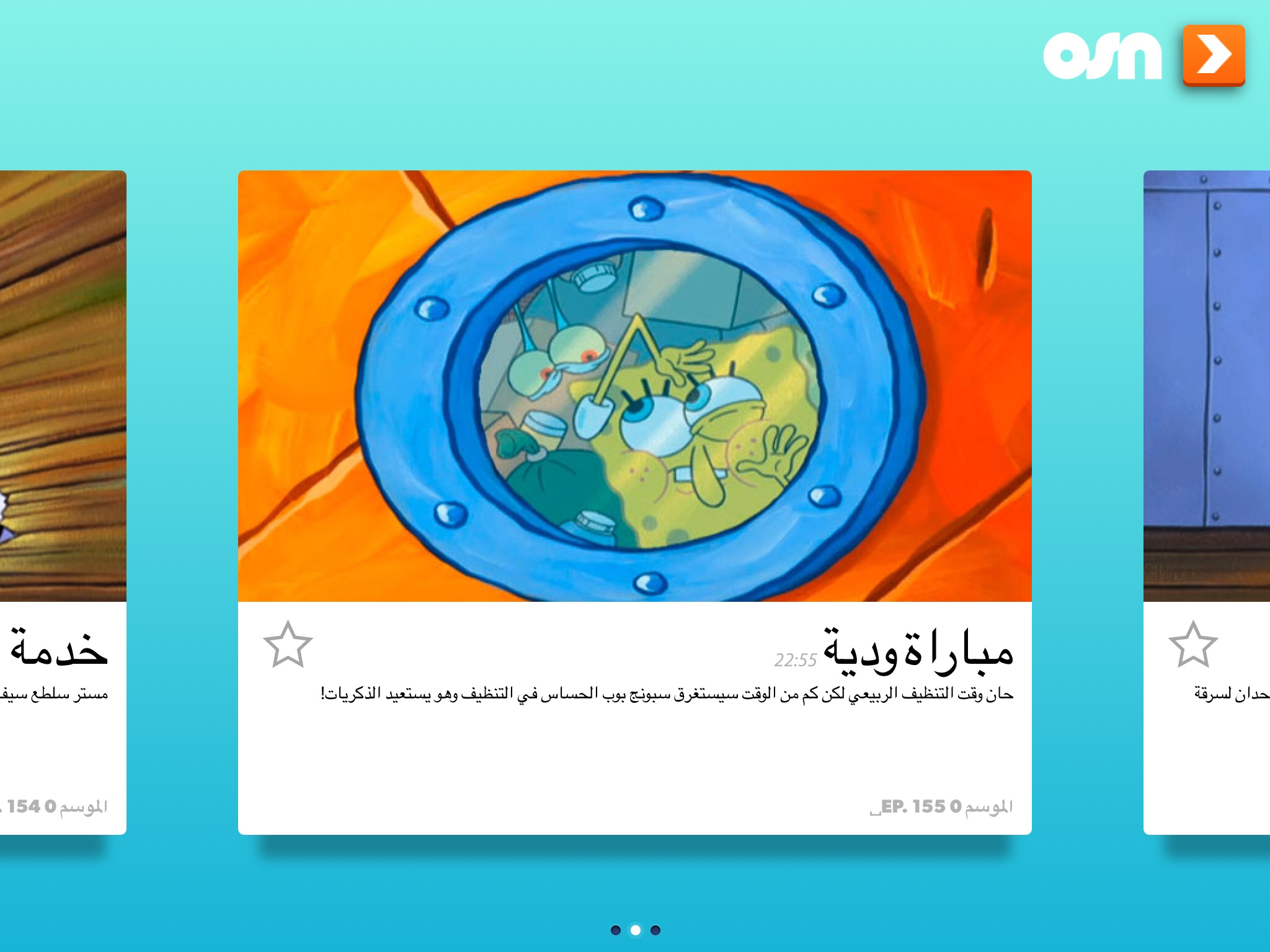 Nickelodeon and OSN are making the Emmy Award-winning app, Nickelodeon Play, available for download in MENA starting today (November 29). The free app features both English and Arabic content and OSN subscribers will receive exclusive access to full episodes via their OSN credentials.

The layout of the app is kid-friendly and offers children instant and on-demand access to more than 1,000 pieces of Nickelodeon-themed content. In addition to exclusive content for OSN subscribers, there will be original skits and sketches, behind-the-scenes clips from Nickelodeon stars, as well as animated characters and new games.

Since launching on iOS in the US in 2013, the app has amassed more than 17 million downloads to date, rolling out internationally across the UK and Latin America. It has been awarded with a Creative Arts Emmy in the Outstanding Creative Achievement in Interactive Media category in September 2013.

Nickelodeon HD is available exclusively on OSN in the MENA region.