Make it happen
Insights Industry
Back 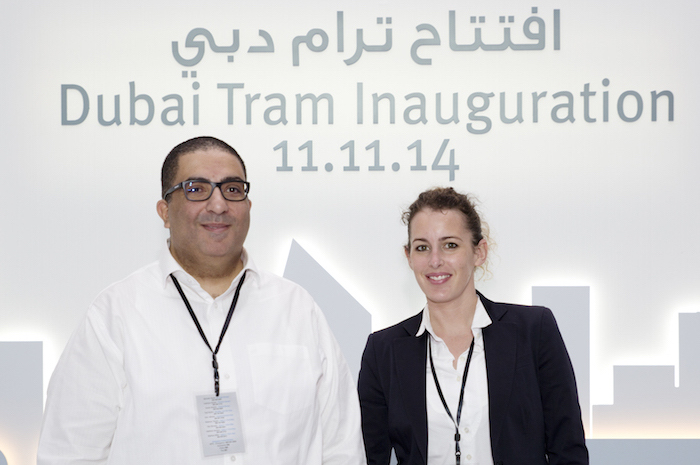 As the UAE grows, particularly Dubai, so does the scale of advertising, creativity and events in the region. Despite large-scale events of international magnitude such as the launch of the Burj Khalifa, among many others, the events industry remains a quiet, behind-the-scenes player orchestrating and pushing iconic milestones into the limelight. This time around, Communicate catches up Anais Montin, CEO and Safwan El Roufai, COO of one such events company, Prisme, which boasts of having worked with Government organizations and initiatives such as the Road & Transport Authority (RTA) for the launch of the Dubai Tram, The Executive council of Dubai, Oman Armed Forces and Dubai Shopping Festival; as well as independent clients, such as, Carolina Hererra, Daimler Middle East (Mercedes), Etisalat, Meydan and Qtel.

Tell us a little bit about Prisme

We started in the mid-80s in France and back then the industry was totally different. Towards the end of the 90s we were approached by several entities in the UAE to come and help with the Dubai Shopping Festival (DSF), which at the time was just a new festival to promote Dubai. Back then live events did not exist and were not even ready to exist in the UAE so we helped the DSF and the Dubai government to kick-start their live and outdoor events, which were the first kind of events in the UAE. From there on, we noticed an opportunity in the region and established our first office here in 1998, which is now our biggest office and serves as our headquarters.

What are the changes you see in the events industry; as well as in the different cities and countries within the region?

People have gained a certain level of expertise and a good understanding of the importance of events and how they can actually relay messages and achieve their objective through events. Over the years, Dubai has created a breed of home grown expertise, which is being evidence through the Dubai 2020 Expo.

Within the UAE, we feel that Dubai and Abu Dhabi have their own ways of doing their own things. Abu Dhabi leans towards promoting culture and likes to showcase its history and roots, and that’s very well understood considering it’s the capital of the UAE. Being an international city, Dubai talks to different kinds of audiences, so they have to show the touristic side of Dubai, and why it’s a fun and happy place, while also being the smartest city in the region. For instance, Abu Dhabi spends more on National day than the other emirates and also creates its own festivals to communicate cultural messages and explain its heritage. Whereas, Dubai, is positioning itself to be one of the smartest cities and it is evident that the government is spending money into actually communicating these initiatives through experiences and large scale events which can bring people together and get the message across directly through the event, rather than waiting for the conventional media.

Tell us about some of your work

We worked on the concept of launching Burj Khalifa, which was a big challenge including budgets because Dubai was still in the center of recession at the time and of course everyone was very careful about communicating something so big. However, as you can see, the government took the decision to come out of it [the recession] and communicate this positive message. They managed to allocate a certain budget, and based on this budget we managed to come up with a concept and structure to highlight the Burj’s architecture and show the world that Dubai is still THE place to be.

We also worked with the RTA on the launch of the Dubai Tram. We pitched for this and we won it based on our creative direction. It was one of the most challenging and exciting projects to work on because it gave us the exposure and chance to push boundaries. We built the largest hologram screen ever and to showcase the tram at its actual size, to an on-site audience of more than 250 VVIPS and millions of TV viewers.  Prisme devised a creative and innovative strategy using a 48.5m x 8.1m 3D high definition “Musion 3D holographic experience projection technology” in conjunction with citywide pyrotechnics activation. The hologram, specially designed to elevate during the show, is expected to be confirmed by the Guinness Book of Records as the world’s largest.

The full launch event sequence started with a graphic projection onto the Burj Al Arab, before focusing on 11 individual tram stations.  Shortly after, a three-minute film introduced the hologram and the new transport service – and gave way to one of the real trams. Following the reveal, a choreographed artistic production – transmitted live back to the venue from helicopter film crews across Dubai – saw each station opening, one after the other, with individual pyrotechnic shows, culminating in a major firework display just offshore from Jumeirah Beach Residences.

When it comes to such events – small or large scale – how do you measure success, since you don’t have defines metrics as with advertising and digital?

It’s actually easier than digital or conventional advertising because when you have a certain [specific] audience and this audience is actually engaged and immersed in the experience, you have firsthand attention feedback firsthand. So there are several tactics and ways where we can get immediate responses from that audience, whether that is simply through them being engaged or them actually giving their feedback. However, during mass events, you need to rely on conventional ways or digital media and see how social media reacts; so then it goes beyond the experience and spills over to external viewers. For example, when do the Dubai World Cup or the Burj Khalifa launch, our knowledge of how good it was, was relayed to us through social media activity as well as the conventional media relaying how many people have watched it.

In this sense, do you think social media feedback could have a negative impact for the brand?

I don’t see it as negative at all; it’s organic. You’re giving your consumer or viewer the voice to say whatever he or she thinks of your brand, and brands have to accept it and be more rational and comfortable in their own skin to know when someone is just voicing their opinion or they’re actually not happy with the brand.

With this being said, do you see a lot more integration in the events field in terms of plugging in other channels and media such as digital or experiential?