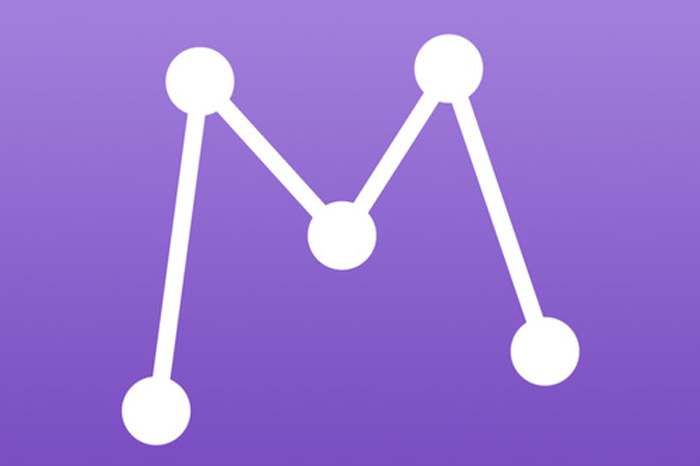 The app allows users to connect with their contacts faster and easier. It starts by displaying a list of iPhone contacts with a search bar at the top, allowing a user to find a contact entry and launch an action associated with it. To launch an action, a user grabs a contact’s profile picture and swipes to the right: four action icons will appear for him/her to choose from and then drag the photo over one of them. The action will be highlighted and will bounce with a cute animation. Once the user releases the contact, the action begins. Once configured in the phone’s settings, the same set of four actions will be available for every contact, including basic services, such as “call contact” and “email contact” or pre-installed third-party actions, such as “open contact’s profile in Twitter” and more. Thus, with Mingle, iPhone’s contacts and apps are tied together. So, if users have a contact with an Instagram profile, a YouTube page, a Facebook page and a WhatsApp number, among others, they can set up Mingle to instantly access that information.

While Mingle is number one in the productivity paid apps list on the Lebanese App Store, it’s also gathering good results worldwide, having reached number four in France and number five in the UAE.

“Approximately 30 minutes after announcing the release of Mingle on the App Store, Patrick Rhone published an amazing article on [website] Minimal Mac. At that point, I got a great surge of excitement. Patrick really seemed to ‘get’ Mingle, and that felt great. Moments later, an article appeared on [weblog] MacStories as well, which felt absolutely surreal. The app got reviewed on other sites too, including Lifehacker, AppAdvice, GeeksWithJuniors, and a few others. Seeing all of these writers and bloggers whom I’ve always followed take their time out to write about my app stirred feelings that I’ve never felt before,” says Ghobril.

Deeply in love with mobile app development, Ghobril is planning to enroll in the IT engineering faculty at the AUB University in Beirut.