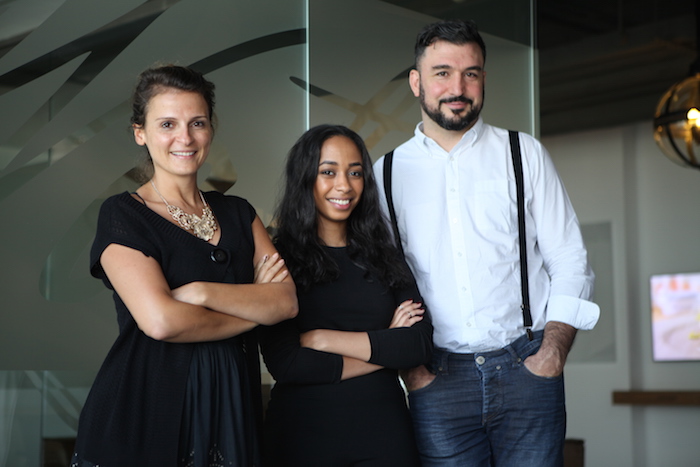 Named after the industry’s and J. Walter Thompson’s first female copywriter, the HLR Scholarship is a global program launched by J. Walter Thompson and the 4A’s in 2014. It was designed to confront the disproportionately low presence of female creative leadership in the advertising industry, offering a select group of young aspiring female creatives the support they need to change the tides.

Laura Agostini, chief talent officer at J. Walter Thompson Company, says in a press statement, “It’s a fantastic honor to again give a group of talented young women an opportunity they have worked so hard for. These are the next Helen Lansdowne Resors, the next generation of female creative leaders, and we’re happy to be able to support their growth so early in their careers.”

Matt Eastwood, J. Walter Thompson’s Worldwide Chief Creative Officer, adds, “This year’s group of recipients, Limah, Manuela, Sneha, Tasneem and Yanci, represent a generation that has incredible potential. As our next creative leaders, they will be shaping our industry’s creative output, and I’m proud that we have a part in getting more diverse perspectives into the creative rooms of tomorrow. The industry will be the better for it.”

This year’s recipients represent five of J. Walter Thompson’s key markets and also come from diverse academic backgrounds, speaking to the company’s investment in looking for outstanding creative talent beyond the typical channels.

Asia Pacific: Yanci Wu, an Experience Designer working towards her Master’s in Business at the Virginia Commonwealth University. Originally from China, she left behind her entire family to pursue her creative passions.

Europe: Manuela Rondón, a copywriting student at the Miami Ad School of Berlin. Originally from the Dominican Republic, she earned her Bachelor’s in Advertising, Creative & Management from Universidad Autónoma de Santo Domingo.

Middle East & Africa: Tasneem Karamallah, an Art Direction major at the American University of Sharjah in the UAE. She is dedicated to creating design that is strong and that expresses her strength as a woman.

North America: Limah Taeb, a first generation Afghan-Muslim-American who is currently pursuing a Master’s in Business at the Virginia Commonwealth University. She is an advocate for encouraging women and minorities to enter the tech and design fields.

South Asia: Sneha Sankar, a Graphic Design student at the National Institute of Design in India. She was pivotally shaped by her participation on a women’s sports team where she learned about gender biases and inequalities.