Irwin Gotlieb on rebundling, industry mistrust and what he won&#8217;t do in retirement
Insights Industry
Back

Irwin Gotlieb on rebundling, industry mistrust and what he won’t do in retirement 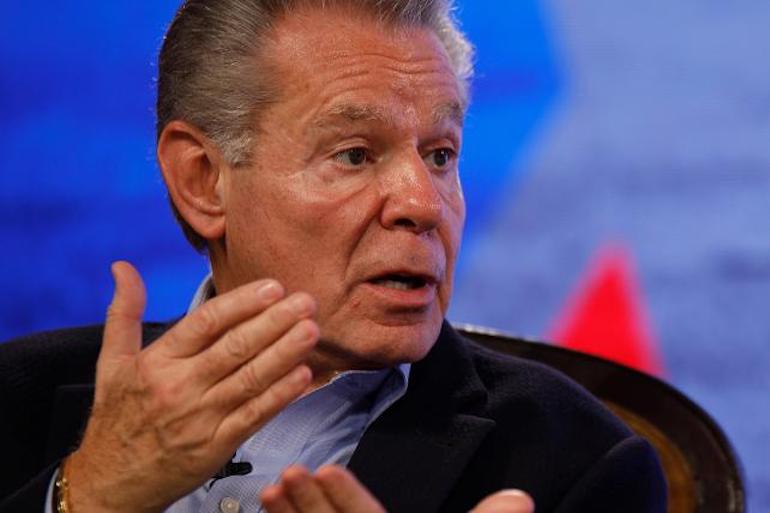 Irwin Gotlieb hasn’t taken two consecutive weeks off in the last 48 years. That’s about to change.

The GroupM chairman retired from his role just a few days ago and will now serve as an advisor to WPP. He tells Ad Age he’s committed to WPP CEO Martin Sorrell for at least three years and is keeping his office for now. In this interview, he takes a brief look back on his career and what’s ahead for the media agency world.

I started this process a few years ago. And I’ve always felt strongly that one shouldn’t define oneself by what we do. I’ve always had other interests, and I’m going to be 69 years old this summer. And it’s time. It has been time. I’ve sent some very clear signals, internally and externally, to that effect. I stopped using my CEO title six years ago. And at the time I was really thinking of wrapping it up after three years. And somehow, one thing led to another and I’m still here six years later. But it is time.

You’ll still be around at WPP for the next few years, but what else is next?

I’ve just completed 48 years in the business. In that period, I’ve never taken off two consecutive weeks. If you look at my schedule for the month of April, the month of May and the first 10 days of June, you’d never know that I’d stepped down.

And what I would love to do is find a period of three to six weeks and just do nothing. During that time, I’ll figure out what I want to do. I have scrupulously avoided focusing any attention on my next act while I was in my role.

With nearly 50 years watching the business, what might we see in the next 10?

I think the whole world is in an incredibly disruptive stage. The simplest perspective I can give you is one that’s borrowed from Tom Friedman at the New York Times. I’m not going to get the quote dead on, consider it a paraphrase, but I believe he said, “Today if it can be done, it will be done. The only question is will you do it or will it be done to you?” I think that’s true for just about every category out there. Including the agency business, which, by the way, has evolved significantly in the last 25 years as well.

READ: The agency of the future is all about survival of the fittest

What about what’s next for the model of media and creative agencies? Should they reconsolidate?

It’s really important to understand that the reason that media was spun off the way it was, the primary reason, was that multi brand clients felt that they needed multiple creative agencies to service the number of brands that they had. But they needed media consolidated in order to leverage their scale and to provide intrabrand elasticity. And as a consequence of that, they needed a degree of separation between their media units and their creative agencies.

The drive to spin off media really came from my biggest clients at the time. And I don’t think the circumstances that drove those decisions have changed any in the ensuing years. That separation of media doesn’t in any way suggest there shouldn’t be incredible levels of collaboration and consistency of analytics and insights that inform both the creative brief and the media brief.

In many ways, whether you use the WPP terminology, which is horizontality, or any of the other terms out there, the holding companies foster that collaboration and synchronization through alternative structures.

MUST READ: What you need to know about the three new agency models P&G is testing

I’ve been around long enough to remember sitting in a creative agency in the early 70’s, where a creative director walked into my office and said, “I don’t do radio, get this radio schedule off the media plan.” The good old days weren’t that great.

What else do you want people to know?

I grew up in a business where the media guy was a trusted adviser to the client. And operated in a fashion where you put your clients’ interests ahead of those of your company. And you put your company’s interest ahead of your own.

I’m not sure that that’s the case broadly today because of some of the distrust that has crept into the relationships. I think we would have a much healthier business if we found a way to revert to the kinds of relationships that we had before.