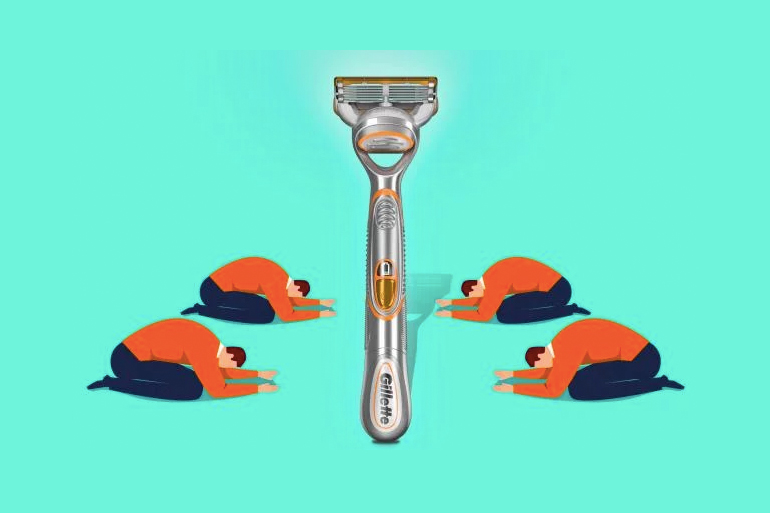 This is the age of “woke capitalism” and we are no longer selling products but ideas, values, movements. In theory, this is a positive thing, but it can go weirdly wrong: Witness the gulf between Nike’s inspired and risky Colin Kaepernick spot and Gillette’s tone-deaf #metoo commercial. To avoid the latter outcome, here are a series of questions I like to ask myself when presented with a brief that has the potential for some ick-inducing “wokevertising”.

One: Why are we doing this?

This should be pretty obvious, but it bears repeating. Pepsi had no business latching onto the Black Lives Matter bandwagon and you’d think someone, anyone, involved in the creative review process would have flagged that as an immediate concern. If there isn’t a justifiable reason for a brand to align with a cause or concept – and no, “timelines” doesn’t count – back away slowly.

Two: Are we preaching to the choir or just preaching?

Consumers are smart, and you underestimate your audience at your own peril. While Gillette’s (and ultimately, Procter & Gamble’s) desire to promote positive attitudes towards gender equality is admirable, their audience is massive and diverse. They assumed their target would be receptive to the message, but it was delivered in a bizarre fashion, towing the line between humor and earnestness. While the message clicked for some (including many women), it made others feel uncomfortable or downright angry. And who can blame them? No one likes being told they’re bad and then asked to buy something.

Three: Are we being clear enough?

For Gillette, the answer is a resounding “no”. They made no real case for their need to espouse these ideas, which gave the spot an air of opportunism. Let’s consider another example. Regardless of your politics, President Trump’s “Make America great again” slogan is incredibly clear in its intentions. On the flip side, Hillary Clinton’s retort, “America is great because America is good” sounded powerful at first blush but was ultimately meaningless. It invited more questions than answers or actions, which left voters in a quandary. The result is a feeling of awkwardness that makes you (or me) want to hide under a blanket.

Four: Is the product good enough?

Despite the creative challenges of the spot, this is Gillette’s true struggle. They’re losing to the likes of Harry’s and Dollar Shave Club (owned by Unilever) because those brands, arguably, offer better products, on demand, at a better price. The only reason Nike was successful in their 30th anniversary “Just Do It” campaign was because they’ve nailed the whole lifestyle/athleticism thing. This is also the reason Apple and Google can play in the deep end of emotional advertising. They are the standard-bearers with little need to convince anyone of their continued relevance. Until you get to that level, you’re going to have to make the case for why a consumer should pick you.

Five: Are we good enough?

This is the kicker: “good” is now table stakes. Consumers expect their brands to be and do good. Dove’s sensational “Real Beauty” campaign feels a bit tone-deaf a decade on because championing real women is expected. Their bootylicious bottles from 2017 couldn’t hold a candle to campaigns from the likes of Billy or Third Love or Thinx because women are now conditioned to see themselves in advertising. It’s no longer “radical”. In this way, Dove inadvertently created an ouroboros; the inspirational message that propelled their success in the aughts now makes them look out of sync with modern women.

What this all boils down to is knowing and respecting your consumer. Shockingly, they can tell when you are trying to sell them a thing, whether that’s a razor or a belief that all humans are created equal. Great advertising comes from a place of empathy and ingenuity and never starts and stops with a desire to “start a conversation”. Be thoughtful, be clear. And never give anyone cause to pause and say, well, that was awkward.