How The U.S. Open Became A Branded Juggernaut
Insights Industry
Back

How The U.S. Open Became A Branded Juggernaut 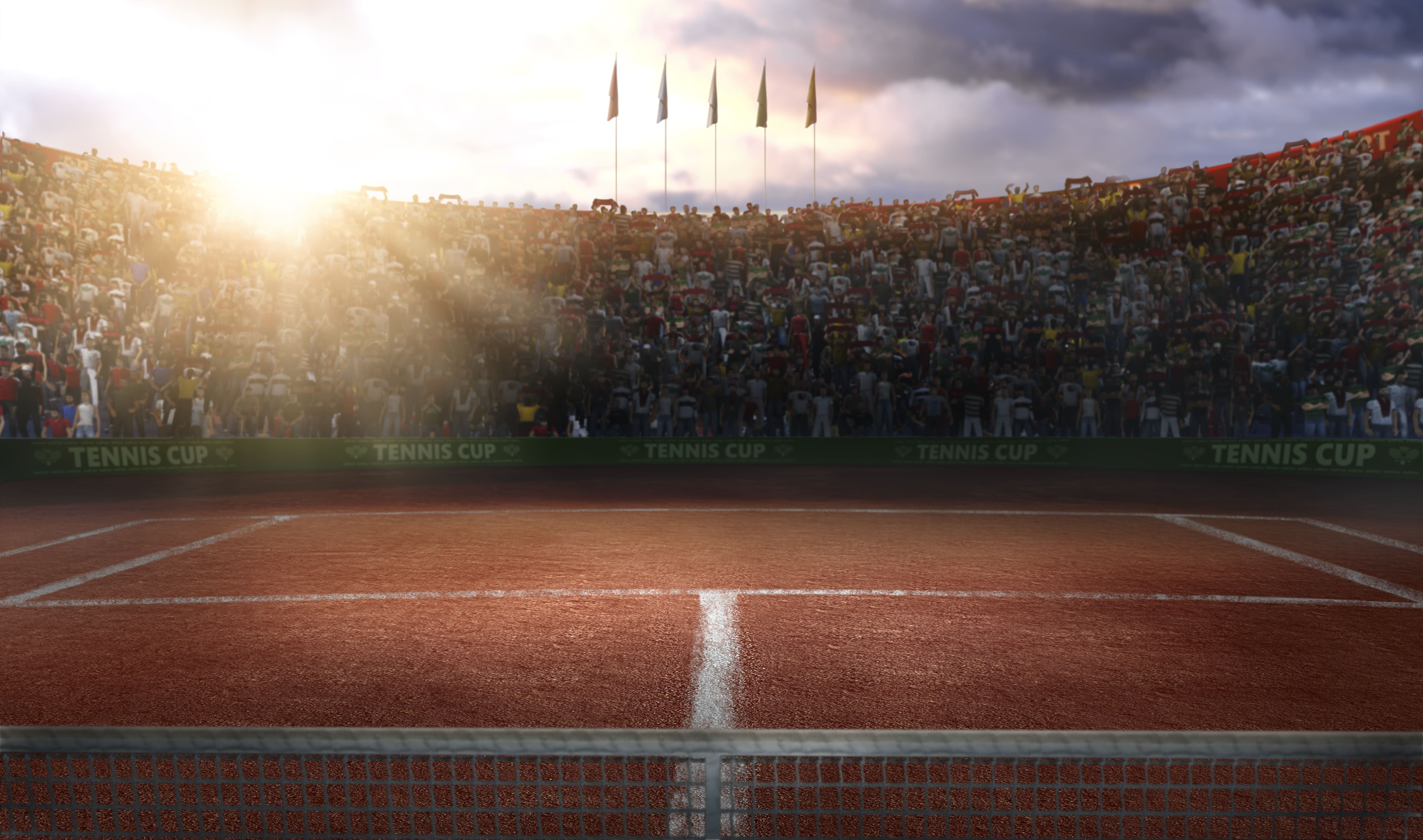 Evans Nguyen flits inside a giant glass box, hitting a tennis ball against a digital backboard with a moving target on it. The clock is ticking as he scrambles to bank the ball off the wall as many times as he can. He has 90 seconds to move a digital Mercedes sedan across the bottom of the screen to the finish line: The more bull’s-eyes he hits, the farther the car scoots.

The 6-year-old runs out of time, but not without landing on the leaderboard as the 122nd top player of “Race to Ace,” part of the Mercedes activation at this year’s U.S. Open. His dad, Robbins Nguyen, took him out of school today and drove the three hours from Lancaster, Pennsylvania, to check out the Open in Queens, New York. They have just watched Elina Svitolina defeat Johanna Konta in a women’s quarterfinal match. Now they are roving the 40 acres of food stands, bars and branded tents that surround Arthur Ashe and Louis Armstrong stadiums.

“Tennis is so fun,” says Evans, who has been playing for six months now. He climbs into a matte black 2019 Mercedes G Wagon, parked inside the Mercedes tent in the shadow of Arthur Ashe. He sits in the front seat, flipping switches and poking at the digital dashboard. His dad tells him to take it easy. Evans grins: “I’m gonna break it so you buy it!”

The automaker is one of 21 official sponsors at this year’s U.S. Open (which concludes Sept. 8), up from 19 last year. In 2018, the two-week-long event generated $65 million in sponsorship deals alone (tickets and broadcasting pulled in $120 million each; concessions did $30 million), according to a report in Forbes that was independently confirmed by Ad Age. As of this reporting the annual tournament, put on by the nonprofit United States Tennis Association, was on target to have the biggest year in its 51-year history.

“We are on track for record attendance this year, so our ticket revenue will be higher,” says USTA spokesman Chris Widmaier. “We are also having our strongest year to date on concessions.”

And it’s no wonder: On this cloudless 82-degree day, you can cool off with a Kim Crawford frosé for $17 (please deploy the #serveupkim hashtag, if you don’t mind). For $20, Grey Goose is offering something called a Frozen Honey Deuce (which sounds like something you do after you drink it). A 16-ounce can of Heineken is $12. Don’t feel like boozing? For $7.50 you can get either an iced latte from Lavazza or a bottle of Evian, but not both.

Then there are the sponsorships—brand partnerships that would make any marketer praise the Rolodex gods. This is not an event that sees a lot of sponsor turnover. Dean & DeLuca did not return as a sponsor this year due to the chain’s financial travails; Rolex replaced Citizen as the official timekeeper in 2018. But “tier 1” partners (Emirates Airlines, J.P. Morgan Chase/Chase Bank and American Express) have remained since 2012. Wilson, Heineken, Chase, American Express and IBM have sponsored the event for more than 25 years, according to the sports sponsorship analysis firm IEG.

“The Open is very unique. The sports comparison would be the Super Bowl. But I think the people at the USTA would argue they do a Super Bowl every day,” says David Abrutyn, a partner at Bruin Sports Capital, which owns IEG. “When people say what kind of events really stand out in New York, there’s New Year’s Eve, the marathon and the Open.”

It doesn’t hurt that tennis is having a bit of a renaissance in terms of the caliber of play and the personalities on the court. From stalwarts Serena Williams, Roger Federer and Novak Djokovic to exciting newcomers Naomi Osaka, Coco Gauff and Zhe Li, tennis is reaching a global audience at an unprecedented scale.

“We are having the best generation of players we’ve ever had—even the legends of the sport would agree with that,” says George Ciz, senior VP of marketing and business development at the Association of Tennis Professionals. “It’s become much more global. Our audience is a little bit older, but it’s very affluent, it’s very well educated and most importantly it’s evenly split between men and women. When you add that audience together, it’s not necessarily a niche.”

Open evolution
The U.S. Open is evolving, and becoming more brand-friendly, by design. (This has not been without some skepticism—more on that later.) The past six years have seen a near-total transformation of the USTA Billie Jean King National Tennis Center to the tune of $650 million, according to Widmaier, including the replacement of the Louis Armstrong Stadium and a brand-spanking-new roof on Arthur Ashe Stadium, outwitting those pesky rain delays during primetime TV coverage. The total number of seats across the compound was increased by nearly 10,000; the retail and activation space doubled.

Last year, the Open decided to open its grounds a week before the first serve popped across the net for family activities (and brand activations). Last year, the USTA reports it had 96,135 visitors for its so-called U.S. Open Fan Week, plus 732,663 attendees during the two-week main event (itself a record) for an overall total of 828,798. This year’s Fan Week attendance jumped to 115,355. Final total attendance numbers were not available at press time but “will certainly top 850,000 for the first time,” says Widmaier. The USTA’s internal goal is to get that number to 1 million over the course of all three weeks.

‘An oasis for the fans’
And the old adage holds true: If you build it, the brands will come. The sponsors on the ground at Billie Jean King Tennis Center reflect the global appeal of the sport. Heineken is the official beer, not a domestic brew. Rolex replaced Citizen as the official timekeeper. Emirates is the official airline.

The massive American Express tent is geared primarily to kids on the ground floor, with exclusive goodies for cardholders on the mezzanine. An Instagrammable wall of tennis balls at the entrance is emblazoned with a tweaked AmEx slogan: “Don’t U.S. Open without it.” A digital wall with a black-and-white image of Venus Williams invited passersby to use virtual spray cans to digitally color her in, graffiti-style. Upstairs, cardholders were treated to free sunscreen and phone chargers, Glam Squad makeovers and sneaker cleanings by Jason Mark.

There was more pampering to be had at the modest InterContinental Hotels Group tent. This is the hotel brand’s first year as an official Open sponsor, replacing Westin, which dropped out after last year’s event. On the heels of its acquisition of Regent Hotels and Resorts and Six Senses Hotels Resorts Spas, IHG’s leadership is “leaning into luxury and introducing IHG to a new set of customers,” says Brian McGuinness, IHG senior VP of global guest experience. “It can be brutally hot [at the Open], so we’re creating an oasis for the fans.”

At the IHG tent today, the company’s key account director, Carmen McCloud, is showing Denise Adam what IHG can do for her clients. McCloud is treating Adam’s group to a quick in-chair massage between matches, which they’ve been watching from the IHG box, naturally. Adam is a senior director of global accounts at HelmsBriscoe, a site-selection firm for companies looking to host events, and she’s pretty sure her guests from the healthcare sector are properly won over. “They were already on board, but this seals the deal,” Adam says, gesturing at Ashe stadium to her right. “This is the cherry on top of the sundae.”

The good old days
It certainly wasn’t always thus. Mary Carillo, the sportscaster and former professional tennis player, remembers growing up in Queens in the 1960s and early ’70s. “When I was a kid walking around Forest Hills [the site of the Open until 1978], you could get so close to everything: the players, the sounds of it, the practice courts. It’s different now, and I get it,” she says. Still. “Prices go up when things get too corporate.”

The overall average ticket price for Arthur Ashe Stadium (capacity: 23,000-plus, the world’s largest for tennis) is $215 and for the U.S. Open in general is $132, according to the USTA. The lowest ticket price for the entire two weeks of play is $30 and the highest $3,670, which speaks to a level of affluence that any brand would be happy to get in front of.

“I don’t like stadia that are too big for tennis. I like more intimate settings, a stadium that actually holds the sounds in,” says Carillo. “If they put in a lot of corporate suites and all that stuff, a lot of times those guys aren’t watching the match. The optics aren’t great. You set a nice, high shot and then you see all these empty seats.”

This year, the City of New York has come to shake the money tree, too. At the onset of the tournament, Comptroller Scott Stringer, a likely mayoral candidate, served up an audit claiming the USTA underpaid the city at least $311,000 in rent at the public facility. The USTA volleyed back that it owes only $143,000. That said, a 2014 study on the economic impact of the Open concluded that the event generates more than $750 million for the city. In that same year, the Super Bowl brought just a $450 million boost to New Jersey, according to a report by Crain’s New York Business.

Back at the Mercedes tent, Robbins Nguyen isn’t thinking about all of that. He’s having a good time showing his son around (“I ate pizza!” cries Evans), and he’s enjoying taking in the activations between matches. “It’s a real attraction,” says Nguyen. “Let tennis grow.”

This article is published in collaboration with Adage.com.