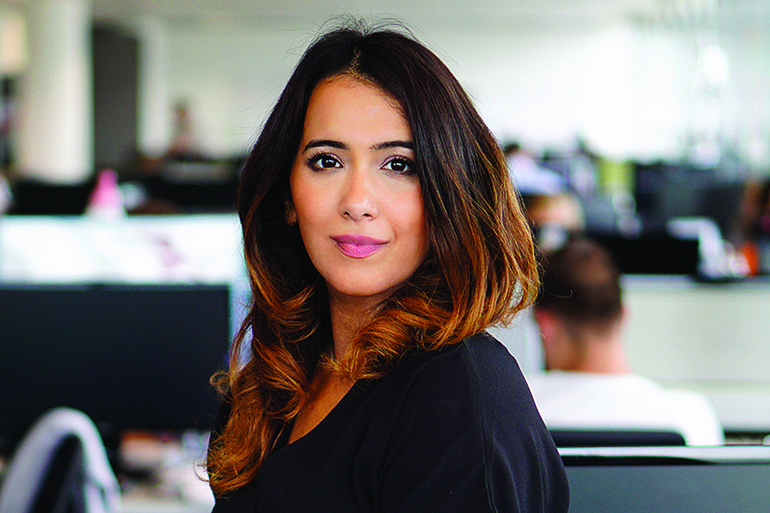 Mobile, the fastest-growing ad platform in the world according IAB global, is still growing in MENA – with a penetration rate of 175 percent, according to the Media Industries in the Middle East 2016 report by the Northwestern University in Qatar. The same report though shows that marketers here display an ingrained preference for traditional channels even though the region sees 70 percent of online ads viewed on mobile and 60 percent of viewers access content on mobile – while elsewhere mobile streaming on YouTube lingers around 40 percent.

Marketers need to close this divide by reaching an ever-wider audience base where they spend the majority of their time. But what sets advertising on mobile apart? And how can marketers push the creative potential of the smaller screen?

While TV and newspaper ads are static and one-dimensional, mobile is a two-way conversation, so audiences can take part in the mobile experiences that brands create. For instance, there are 158 million Facebook users in the MENA region, so when Mercedes-Benz invited customers to arrange a test drive of the latest model on the Messenger app the campaign reached five million people and resulted in 10,000 test drives, demonstrating the power of social for connecting brands with consumers one-on-one at scale.

The interactivity of mobile also laid the foundations for the success of gamified ads, with one study showing that game-like advertising resulted in a 28.8 percent click-through rate, well above the standard advertising CTR of 3.9 percent.

With mobile virtual reality ads around the corner, users will soon be able to delve into even more exciting and interactive new worlds, so there’s no time like the present for marketers to consider how to make their conversations with consumers a two-way street.

Have a real-world impact

What sets smartphones apart from other channels is that they come with us everywhere we go, meaning advertising can react dynamically to the real world.

A creative campaign for the Galaxy S7 enabled the brand to send messages to users with low batteries about the S7’s fast charge feature, while if they were somewhere where the forecast showed it was raining the messaging would change to highlight the new model’s water resistance.

Location and beacon technology can craft campaigns that rely on where the consumer is in the real world, too. For instance, when Airbnb wanted more trendy creatives to let their homes on its platform, it targeted people in cool venues, art galleries, photo exhibitions and fashion districts, using additional demographic and behavioral data to ensure they were reaching their desired audience.

In an industry-first, an automotive brand even experimented with augmented reality banner ads recently which, if clicked, allowed the user to view their surroundings through the new model’s windshield or explore its interior by moving their phone around.

To stay ahead of the curve, brands can use technologies like these on mobile to curate campaigns that mesh with and enhance the user’s actual environment, delivering creative, interactive, and real-world experiences.

There are scores of ways to make mobile ads engaging – whether they are in real time, require physical movement, or react to the environment. But most importantly campaigns must be natively mobile, and not repurpose existing assets from elsewhere.

Mobile ads require mobile strategies, and this goes beyond videos and images being vertical rather than horizontal. People read up to 400 words per minute on mobile so messages must be shorter and attention-grabbing. The ideal length for video is just five to fifteen seconds compared to thirty seconds for TV. Mobile video also requires subtitles as smartphone users often watch sound-free.

Success on mobile hinges on these seemingly minor details, and that’s why tailor-made mobile ads work better than assets repurposed from other channels: you can’t go wrong with 360º video because the format is inherently mobile. That said, innovation can easily turn into gimmick. Marketers should not adopt new features and formats simply because they are the latest thing or because competitors are using them. First and foremost, creative ads need to remain relevant to brands and their consumers.

Carl Norberg, CXO at BBH Stockholm, says that while television might be about storytelling, great mobile is about ‘storydoing’. It is the perfect place to put creativity, interactivity and the user’s surroundings at the heart of a campaign, inspiring them to react, play, enjoy and engage. And there is no better time to start putting those creative wheels in motion than now. At 83 percent, the UAE has the highest smartphone adoption rate in the world according to a recent GSMA report. By 2020, there will be 467 million smartphones in MENA, with 78 percent in the GCC states.

Mobile has landed, and marketers in MENA should act fast to harness its creative potential to the fullest.