How many ad dollars did Facebook lose in the outage?
Insights Industry
Back

How many ad dollars did Facebook lose in the outage? 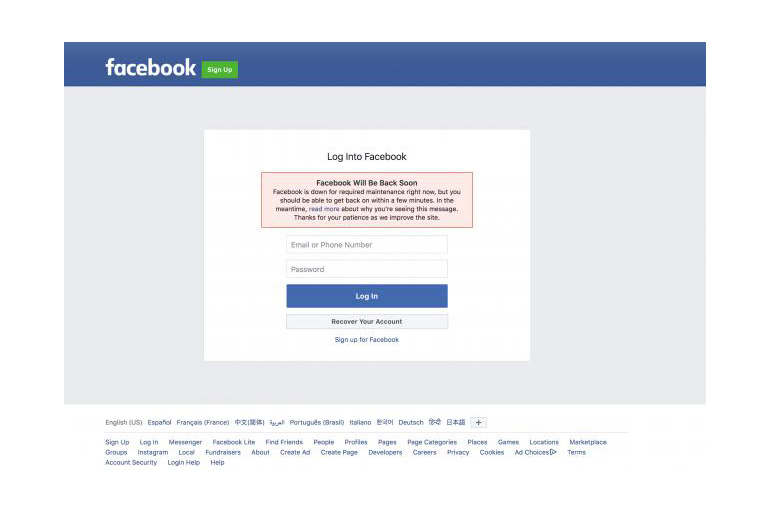 It’s not just Facebook and Instagram that were down for the count; the social network’s ads also ere offline.

Facebook Ads Manager, the lifeblood of advertising, was out of order, along with the rest of the platform. Ads Manager is the self-serve advertising website that millions of marketers use to schedule their campaigns across Facebook, Instagram and Messenger.

Facebook makes more than $90 million a day in ad revenue, so any extended outage of its main advertising conduit adds up. Not all advertisers rely on Ads Manager to plan campaigns, because there are third parties with software and other methods of buying. However, many of the small- and medium-size businesses use it.

Facebook was not immediately available for comment, so it was unclear whether the problems with Ads Manager were related to the mass outages affecting the rest of the social network. It was also unclear how many advertisers were affected and what regions.

Several advertisers and marketers confirmed that the ad platform was down for them, and it was a topic of discussion online, as well.

RELATED: #FacebookDown: For a few hours, we were back in the 90s

Akvile DeFazio, a social media advertiser with her own agency, Akvertise, says she has been in touch with Facebook representatives. As of 6 p.m. EST, she says, the ad platform had been down about five hours, and this appears related to the issues with the rest of the apps and sites.

“Being unable to access Facebook and Instagram has caused significant disruption to our business and to our clients today,” DeFazio says in an email. “We have clients that spend up to hundreds of thousands of dollars per day advertising on those channels. … It’s setting us back a day, causing a ripple effect to the bottom line. … This isn’t the first time an outage has occurred.”

Most of the conversation on Twitter was about the consumer side of Facebook, Instagram and WhatsApp, which all went down for hours on Wednesday, and were still offline by late afternoon.

Some advertisers were more concerned by not being able to access Ads Manager.

Facebook did send a message on Twitter acknowledging the problems: “We’re aware that some people are currently having trouble accessing the Facebook family of apps. We’re working to resolve the issue as soon as possible.”