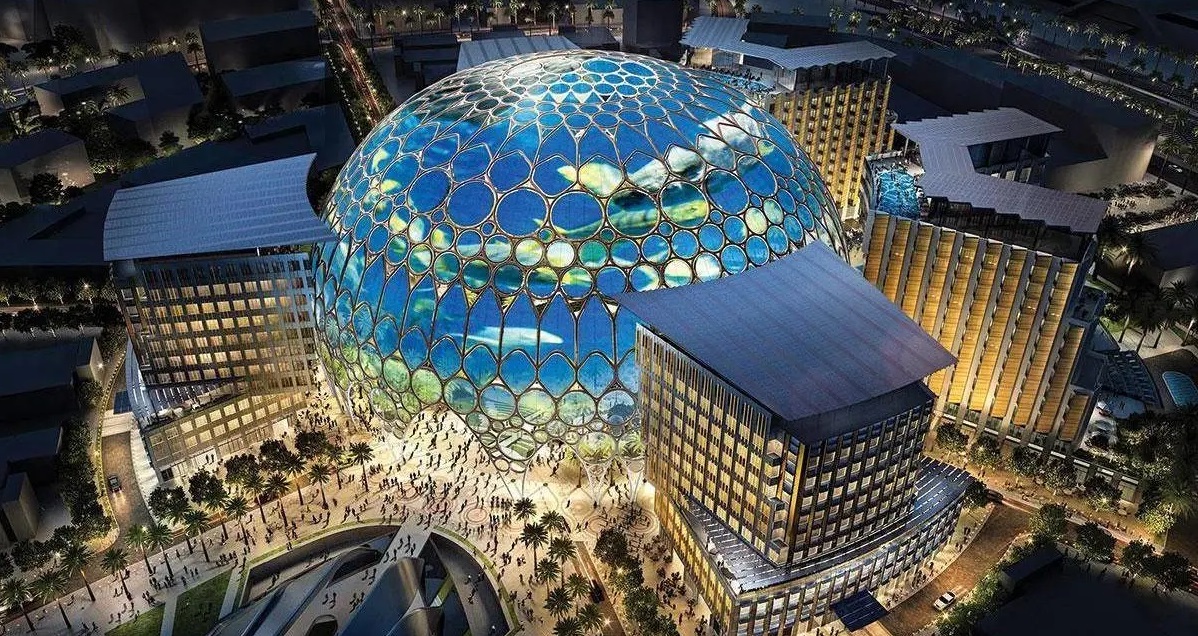 What do you do when your six-month-long event that’s expecting tens of millions of visitors shuts down because of a pandemic? You postpone, and then you pivot.

Which is exactly what Dubai’s Expo 2020 did. They worked to ensure that when doors did open in 2021 — a year later than expected — audiences around the world were able to enjoy the magnitude of the Expo experience, no matter where in the world they were.

“The theme for Expo 2020 Dubai — the first World Expo in its 170-year-old history to be held in the Middle East, Africa, or South Asia — was ‘Connecting Minds, Creating the Future,’ so this was always going to be a hybrid event,” Rehan Asad, Chief Program Officer at Expo 2020 Dubai, says. “But we had promised something totally original, both physically and digitally, so there needed to be an element of the theatrical in our virtual presence – something that grabbed the attention of a global audience and also captured their hearts.”

They partnered with Google to strategize a three-pronged approach, putting multiple touchpoints in the spotlight. The result? A seamless crossover experience that drew 250 million virtual and 24 million in-person visits.

1. Setting the stage with a sense of scale

At 4.38 square kilometers, the physical Expo 2020 site was larger than the Principality of Monaco. With 192 country pavilions and hundreds of attractions, there was plenty of ground to cover.

To give virtual visitors a chance to experience that sense of awe, the Expo 2020 team tapped into Google’s geo-exploration knowledge. They made the most of site captures from Google Maps’ Street View and 360-degree imagery, creating immersive virtual tours that allowed people to wander the grounds from their devices.

And what if visitors wanted to take a piece of Expo 2020 home? Web-based augmented reality (WebAR), a technology that gives access to augmented reality (AR) experiences on smartphones, and Google SceneViewer, which displays interactive 3D models in AR from an Android app or browser, brought Expo 2020’s super-cute mascots to life on Virtual Expo. People could place the mascots in any setting to take photos and videos with them and feel that sense of connection to the Expo, even from a distance.

Tip for marketers: Give your digital audience a backstage pass

Covering physical ground across multiple digital touchpoints maximizes reach and impact, and gives people a chance to explore aspects of your event they may not have time to see.

Consider your digital footprint and what tools you plan on using to bring it to life during the planning phase. The Expo 2020 and Google teams collaborated early on, and this meant virtual engagement was holistically part of the experience, rather than an afterthought.

2. Entertaining audiences while they browse

The concerts were the hottest in town, but YouTube Live Streams offered the ideal way to allow more people to experience some of them in real time. For their biggest events, the team launched exclusive live Display ads across the Google Display Network — which includes various websites, apps, and Google-owned properties — so viewers could watch live while browsing.

And the channel’s average watch time of 8–12 minutes suggested that people were willing to settle in on the platform when they felt a connection to what was on screen.

Tip for marketers: Live the moment, but plan ahead

The performer and technology makes the moment memorable, but marketing draws people into the magic.

Put the word out about your YouTube Live show at least two weeks before the event. You can use Google Display ads which expand reach beyond Search, and YouTube TrueViewfor action ads, which drive action and increase scale, to entice users to your channel and set reminders for your show.

On the live date, remind people to join through a YouTube masthead, a digital billboard placed on YouTube's homepage for 24 hours.

With Expo 2020 being such an integral part of Dubai’s social and physical landscape for so long, the team wanted to leave a legacy that lived on after the physical event had ended. While Expo 2020 will reopen as Expo City Dubai, a pedestrianized hub featuring key pavilions as evergreen attractions, the virtual elements are part of the legacy too.

People can view 14 Expo exhibitions on the Google Arts and Culture platform, a non-commercial initiative that works with international cultural institutions and artists to preserve and make the world’s art and culture accessible online.

This carefully curated and timeless digital content opens avenues to capture old and new visitors’ hearts well into the future.

Tip for marketers: Anticipate curiosity and connection while capturing content

To make your hybrid event an evergreen experience, consider what parts of it will invoke a feeling of wonderment while planning, and be sure to include that when creating content.

If you can strike a balance between enticing curiosity and inspiring connection, you’ll be able to draw in new visitors as well as those people who have already been but want to experience your event again.

This article was originally published on Think With Google.