Facebook&#8217;s Carolyn Everson goes on the defensive
Insights Industry
Back 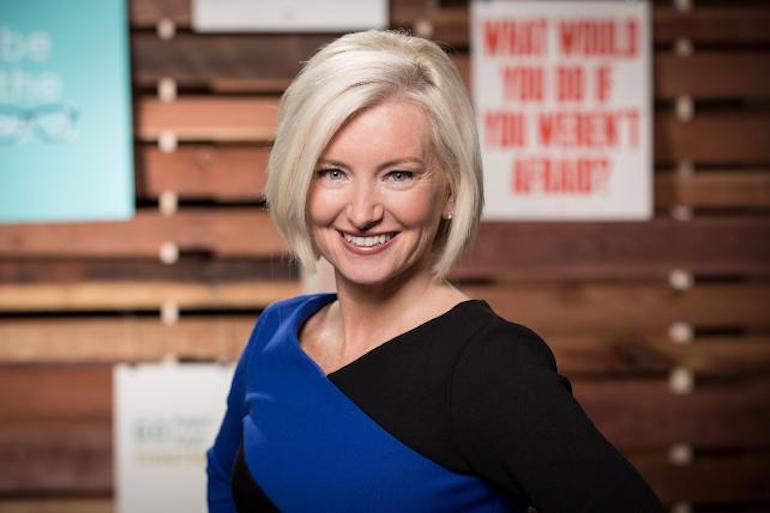 Carolyn Everson, vice-president of global marketing solutions at Facebook, says she actually started her fix-it tour (our words) days before CEO Mark Zuckerberg ventured out to speak on the Cambridge Analytica affair. She called the company’s top advertisers on Saturday, the day after the company first acknowledged the harvesting of data from some 50 million Facebook users by Cambridge Analytica. On Monday, she sent an email to a wider circle of advertisers – an email some agency exces tell Ad Age was formulaic.

Mozilla and Pep Boys have said they are pulling spending on Facebook ads because of its apparent carelessness with data, and Sonos is suspending Facebook advertising for a week in support of data privacy. And the #DeleteFacebook movement is starting to swell. On Friday, Silicon Valley darling Elon Musk – who has a history of social media tit for tats with Zuckerberg – requested that the pages for his companies Space X and Tesla be taken down.

Everson spoke with Ad Age by phone late in the day on Thursday. The conversation has been edited.

I had heard you sent an email to agencies and brands this week.

On Monday, a broader reach-out. But before that, on Saturday, I notified the Client Council [a group of Facebook’s top advertisers and industry veterans] and called their attention to the news that this data might exist. And then on Monday, I added all of our top advertisers and agency leaders here in North America at the global level, and then we scaled that out at the regional level.

I wanted them to hear that we were outraged and beyond disturbed at what we had heard to be the case from Cambridge Analytica and [researcher Aleksandr] Kogan, and if that is in fact true, it is a complete violation of our policies and complete abuse of people’s data. I said, we will do a full investigation and audit to figure out what happened here, and what we should do to rectify it and how we can do better.

A couple of advertisers like Mozilla said they’ll pause their Facebook spending. Did you speak with any considering that?

We have reached out to thousands [of advertisers] and the response has been incredibly positive and supportive. One response was just “thank you” for the transparency and letting people know what was going on. More support came in after Mark made the announcement around what he was doing.

Are there any brands or agencies that you might have to audit because of access to the data that Cambridge Analytica had?

Any app that was developed prior to that policy being changed, so prior to 2015, is absolutely going to be considered for an audit.

In the past, when you still let developers get data on Facebook users’ friends, were there any companies you had to ask to delete data, like you did with Cambridge Analytica?

To my knowledge, we have not, but to be fair I do not have a full list of apps that were created at that time.

I can’t sit here today and tell you there’s not going to be another bad actor.

ALSO READ: Is it too late for Facebook to be auditing developers?

Have any brands shown concern over data they could have shared with Facebook?

The nature of how stuff gets reported is getting conflated. The Cambridge Analytica and Kogan scenario was a platform-app issue that really was the result of a policy that we had, that we did change. But it doesn’t matter – our policy was in effect at the time they had the data, they were supposed to delete the data, and if they didn’t delete, it’s a violation of our policies and a misuse of people’s information.

On the other side of the room are questions around what do you do with pixel data. Well, we don’t get personally identifiable data. OK, fine and people calm down. Or what do you with Custom Audiences. If an advertiser has a Custom Audience that they use their first party data to build, that’s their Custom Audience, that doesn’t get shared with anyone else, and we have all the proper protections in place.

But will we be looking at everything to ensure the integrity of every single thing that we are doing? Of course we will.

IN CASE YOU MISSED IT: Why Facebook finally suspended Cambridge Analytica?

Explain the changes you’re making to the data policies.

We have to wait for the report [from authorities in the UK, which are performing an audit on Cambridge Analytica computers] and the test of leadership is going to be how we react. I think we have an opportunity to lead in the conversation around how consumer data is protected.

One of Mark’s points, we’re going to make consumers aware of all the apps they signed up for and what data has been shared with them, so we have an opportunity here to set a new standard on how consumers can understand how their data is being utilized.

Look at what happened with the Russia ads. We could have sat back and waited and still be waiting for Congress to come up with some type of regulation around transparency in political advertising, and we did not. We led the industry and said not only are we going to make political ads transparent, we’re going to make every ad transparent on Facebook.
Europe is implementing strict digital ad privacy rules called General Data Protection Regulation (GDPR). How do you explain that to advertisers in the simplest terms and how it will affect the industry and your platform?

The headline is that we are going to be compliant with GDPR. We have been working in partnership with European regulators to understand the changes that we need to make. We’re already pretty far along down the path, and of course there will be changes that we will be making to the platform to ensure full compliance.
The GDPR is considered a progressive take on guarding privacy. Why not just roll that out worldwide and wow everyone?

For sure, it’s going to be a tighter restriction on what data is kept, shared and how it’s utilized. Had this not occurred, we would still be talking about GDPR and rolling out the changes. And in an odd sort of turn of events. In many ways I’m actually very happy that we have GDPR coming, because I think it’s going to show some real leadership on our side.

There has been talk of division in the company about how to respond to Facebook’s challenges, from the onslaught of scrutiny over Russians infiltrating the platform to data leaking to metrics problems. It seems to run the spectrum from, “Let’s lay it all out on the table and own it” to “Let’s not.” Where do you fall on that spectrum?

My public record and appearances sort of speak for themselves, starting with how I opened Advertising Week back in 2016 when we had a metric error, addressing that head on. And I believe our company has demonstrated a real desire to be transparent, to hold ourselves accountable, to take ultimate and unconditional responsibility.

I just did a speech last week internally to 5,000 plus people and I talked about how our job is to take unconditional responsibility for what happens on our platform.

Do you get discouraged watching the stream of controversial news? Not just Russia and Cambridge Analytica, but just last week, for instance, Facebook search was autofilling really bad terms, suggesting videos of girls having sex.

I think about it two ways. No. 1, it’s a privilege to work on a platform that has as much scale and relevance to over 2 billion people in the world. It comes with an unbelievable amount of responsibility and I thrive on that. I think the teams thrive on that.

The second is that despite the headlines and the challenges there is not a single day that I don’t wake up and think about the millions of good things that happen on the platform.

Do you think #DeleteFacebook is a real movement with momentum?

I think we need to get a broad consumer marketing campaign out sooner rather than later, and that is something that a few of us are working on and care deeply about. If one person deletes Facebook or deactivates it, we don’t like that – we can see the value in the platform and so do hundreds of millions of people every day.

Last week, at our internal meeting, there was story after story of small businesses coming on stage, people that were running groups, that had their lives changed because of the platform. I don’t think we do a good enough job telling that story, at all.