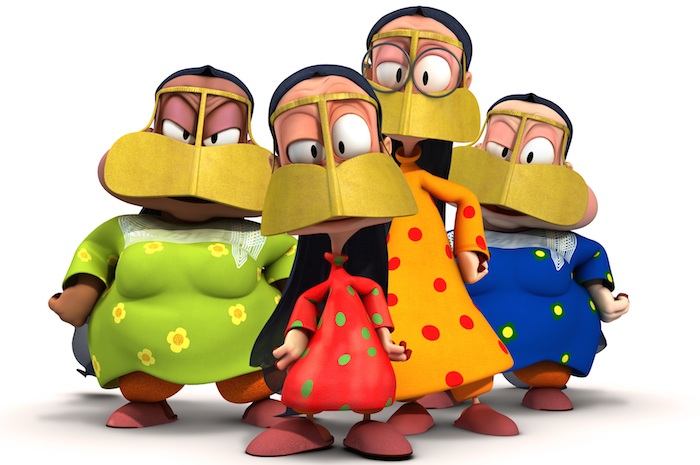 In light of the Holy month of Ramadan, Facebook announces a new collaboration with popular Arab characters of Freej, creating a sticker pack of the Emirati animations for Facebook’s Messenger.

Freej is an animated television series geared toward local Arab children. Adding to the dozens of themed sticker packs at Facebook’s Sticker Store, the “Celebrate with the fun old ladies and Abood from Freej” themed stickers campaign is Facebook’s first initiative to launch a feature originally produced in the UAE.

Jonathan Labin, head of Facebook, Middle East, North Africa and Pakistan, says in a press statement, “Partnering with Freej to launch the sticker pack during this time of the year is significant to us at Facebook, as we aim to connect the world, and make the Facebook experience for users more enhanced and personalized.”

He adds, “During Ramadan, people have maximum engagements online with their friends, families, and even their favorite brands. With 191 million Monthly Active People in the Middle East and Africa (MEA) and 167 million Monthly Active People on Mobile in the same region, and over 600 million users of Messenger globally, the launch of the Freej stickers will make the Facebook experience a memorable one for all age groups and nationalities.”

The stickers can be shared globally, but the newly launched pack will only be available to people in the MEA region, on both desktop and mobile. This will be a permanent feature on the platform.

Mohammed Saeed Harib, the creator and producer of Freej, comments on his first collaboration with Facebook by saying: “While we are proud to have completed 10 successful years at Lammtara, Freej is celebrating the spirit of Ramadan this year, through characters that have resonated with people we know and admire. With the rising popularity of stickers on Facebook’s Messenger, the debut of Freej at the Sticker Store is an exciting time and opportunity for us to stimulate conversations among the growing users on Facebook.”