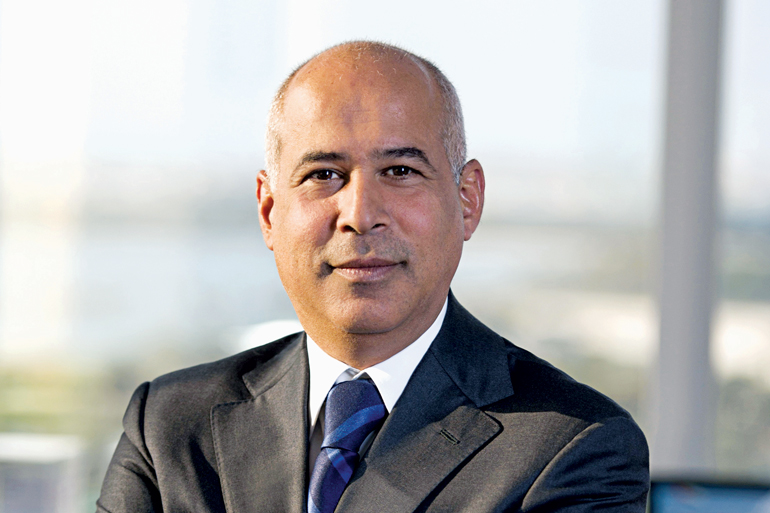 Pierre Choueiri, Chairman and CEO, Choueiri Group, on what’s in store for Choueiri and the industry

How are budgets changing in difficult times? How much is moving toward digital and is it at the expense of other channels?

The media industry has been going through some tricky years, where in 2016, we saw an approximate 15 percent drop in advertising spend from 2015. We expect a similar decline in 2017 and hope that by mid-2018 the markets will be back on track, once the region’s major economies streamline a number of initiatives, which they have been placing into motion. However, it is important to note that the current drop is not uniform across all media. TV has witnessed only a minor decline, while print has definitely been hit the hardest and remains in freefall. Outdoor and radio, give or take, are maintaining their share of spend, while digital is definitely on the rise, and gaining a lot from the decline in print media.

We anticipate that digital by 2020 will more or less stand at an equal 36 percent split with TV when it comes to advertising spend, while print and outdoor will fall to roughly 15 percent and eight percent respectively. Radio and cinema are projected to remain fairly stagnant at roughly six percent. Digital will continue to grow and take a share of the TV and print businesses. This shift is perfectly logical and with video, that is exactly what is happening. Rewind back a few years and digital used to be about banners, but we could see even back then that video content would become king.

Having anticipated these changes well in advance, we formed our digital arm DMS in 2011, and I am proud to say that, yes, we might be losing from one side at the moment, but we are also gaining back from the other. The Group’s focus on digital will remain a top priority moving forward, as we are firm believers that people will always consume content, be it short-form, long-form, through digital means, or a satellite feed, or cable, or whatever comes up next.

At the same time, we should not fool ourselves by thinking that digital will spell the end of TV or that it is enough as a stand-alone medium. Much like the rest of world, the region’s TV channels are still the most important vehicle for a campaign to succeed, but the way that we consume or view TV content is swiftly changing, beyond the traditional single screen.

As you mentioned, setting up DMS was a way of looking ahead and preparing for the future. What do you have in mind now for the future?

The media market in general is facing a new reality and has been evolving over the last five years or so, in the face of new technology. Our industry is in transition, but the base remains very much the same. Clients are still looking for returns on their investments and quality deliverables. What’s different now is that they have more options and avenues for better targeting their audiences and gaining more efficiencies (minimizing wastage). It’s all about optimizing spends and maximizing deliveries.

Choueiri Group itself is constantly learning as the industry evolves and we are, I would say, “redefining” ourselves. I will not go as far as to say that we are re-inventing ourselves, as that would not be true. With all the regional and international challenges, which we are facing as an industry, we are committed to redefining ourselves in order to keep pace with our surroundings. As leaders, we can never become complacent and are constantly seeking to learn and adopt better means and better ways.

Much like we launched DMS in anticipation of the growth of digital in the region and turned it into one of the largest players – third largest in the MENA region after Google and Facebook – whatever the next advance will be, we will be sure to be on top of it. [Even within DMS], a great deal of investment has gone into highly specialized and pioneering products, such as “Kameleon”, which is focused on Native Advertising; our “Audiences and “Branded Content” offerings.

With the rise of video and concerns of measurement, viewability has become an important issue in the region. How are you ensuring and setting these digital measurement standards?

As digital continues to grow, clients are asking more and more for control when distributing their messages, keeping brand safety and standardization in measurability at the core. It is, therefore, becoming increasingly important to adopt better ways for measurement, which allow not only better outcomes but also assist advertisers to gauge and optimize their digital investments. As key stakeholders in the digital media industry, we would agree that “Ad Viewability” is imposing a challenge on marketers, agencies, and publishers.

Tackling this issue, the IAB (Interactive Advertising Bureau) along with its panel of associates has recently invested $6 million towards the realization of a new program called “Making Measurement Make Sense”. The program paves the way for what has never been achieved before in media: A wholesale change in the digital media measurement currency. We are very involved in setting-up a new local and regional IAB program, which ultimately encourages our industry to achieve very high expectations in the future.

Furthermore, DMS recently became the first digital entity in the region to partner with New York-based SaaS analytics company and “attention analytics” specialists, MOAT. While this partnership has commenced with display ads monitoring, for the time being, DMS is looking forward to introducing video and in-app reporting next, with an aim of delivering key insights and metrics which advertisers need to meet their objectives. This tie-up will effectively deliver a huge step forward, as MOAT’s state-of-the-art technology paves the way for the measured viewability of digital branding. This technology will be implemented across DMS’ entire portfolio of publishers and we are very much looking forward to delivering the results to our clients.

How does it feel to be the Advertising Person of the Year at the Lynx?

It’s great to be acknowledged and honored at the prestigious Dubai Lynx Awards, but I’m really proud to say that although I was the recipient of the award, this accolade is really for my media partners. This is a reflection of their success and definitely for my team, which I like to call my “dream team”. Our media partners are like family and together we embrace the full meaning of partnership.

What can we expect to hear from Choueiri Group in the next year? There have been some rumors of you representing VICE?

We are very excited about DMS being appointed as the Exclusive Media Representatives for VICE Media and MOBY Group in the region. This partnership will deliver VICE’s leading youth-focused digital and mobile programming into every major media market in the Middle East and North Africa for the very first time.

With the region’s soaring youth population consuming digital video at record rates, video viewership among young people in the Middle East and North Africa is already the highest in the world. This tie-up will enable regional advertisers and brands to benefit from VICE Media’s unrivaled expertise and leadership in premium, youth-focused digital content, which will be tailored to the region.

VICE is the latest add-on to DMS Studios’ capabilities toward tackling every advertising brief. With Shababeek representing Jeddah comedy club, E-Lab (the online e-gaming platform) and the production of our existing publishers from MBC, OLN, Kooora, Loolia, Laha and Jamalouki to name just a few, DMS can help agencies and advertisers with end-to-end solutions, from our data capabilities driving relevant insights, to creating the right stories, to distributing quality stories to the right audiences, either programmatically or direct.

These are exciting times where DMS can stand tall in representing the voice of the independent publisher, guaranteeing brand safety and giving more control to the advertisers in controlling their messages.