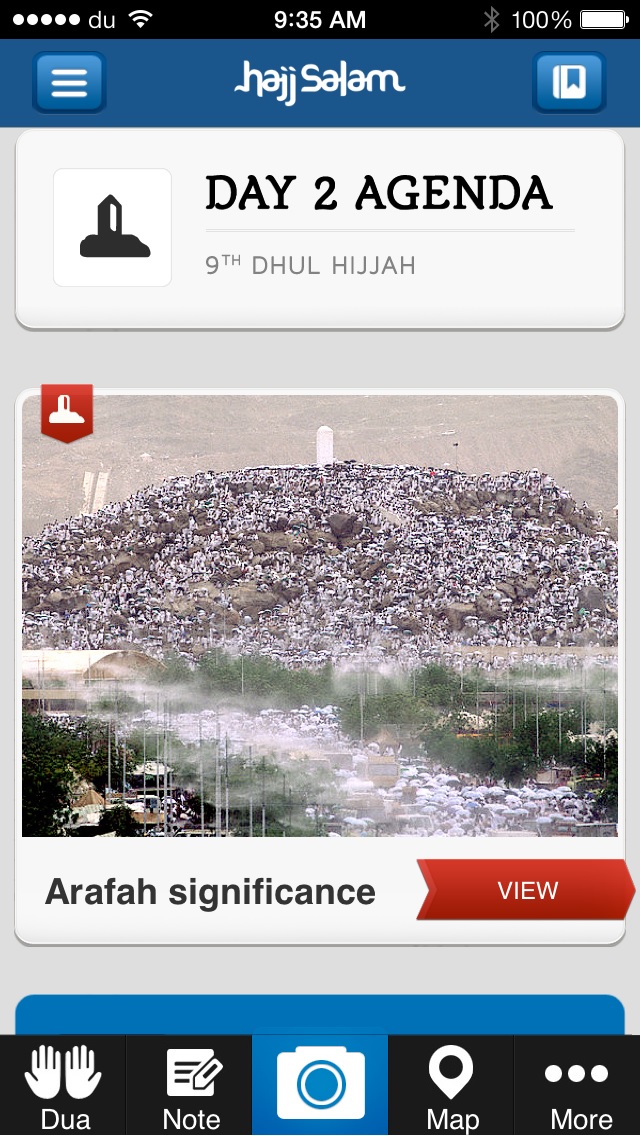 Hajjnet, a Dubai based startup has just released a smartphone Umrah (pilgrimage) guide to support pilgrims with full social media integration.  UmrahSalam is a mobile app that offers pilgrims the real-time, location and process based support they need to focus on the spiritual aspects of fulfilling their religious obligations. Features include prompting pilgrims to read or hear the appropriate Duas or prayers at the right time and place; counting the number of Tawaf as they are being performed and full camera, map & Social Media integration.

UmrahSalam enables travellers to find their hotel and pin it to a map. A packing list helps them prepare for the journey and not forget essential items; while a digital journal helps them record and share location and personal moments. Instructional videos are also available on how and when to wear the Ihram – white garments that pilgrims must wear before performing their religious observances.

“There was a tremendous need for an app that could support pilgrims from the moment they set about preparing throughout every step of the pilgrimage.  We wanted to help Muslims focus on the spiritual aspects by relieving some of the pressure of the process and logistical problems that cause so many issues.  UmrahSalam answers that need by providing a virtual guide that helps pilgrims’ plan their journey, track their location, say the correct Dua at the correct time and place, find their hotel, and record and access their own personal Duas,” says Ali Dabaja, founder and CEO of Hajjnet.

UmrahSalam is available for a limited time as a free download on the iPhone, and soon on Android. Right now the app is only available in English but Arabic will be launched shortly.

Another app launched by Hajjnet is HajjSalam, which mapping features provide pilgrims with key locations plotted on the app’s map, equipped with full GPS functionality. HajjSalam has a special feature that allows them to tag their tent in the app’s map to easily find that specific tent when returning to Mina, which is the largest temporary city in the world, and the site where millions of pilgrims stay for two of the five nights.