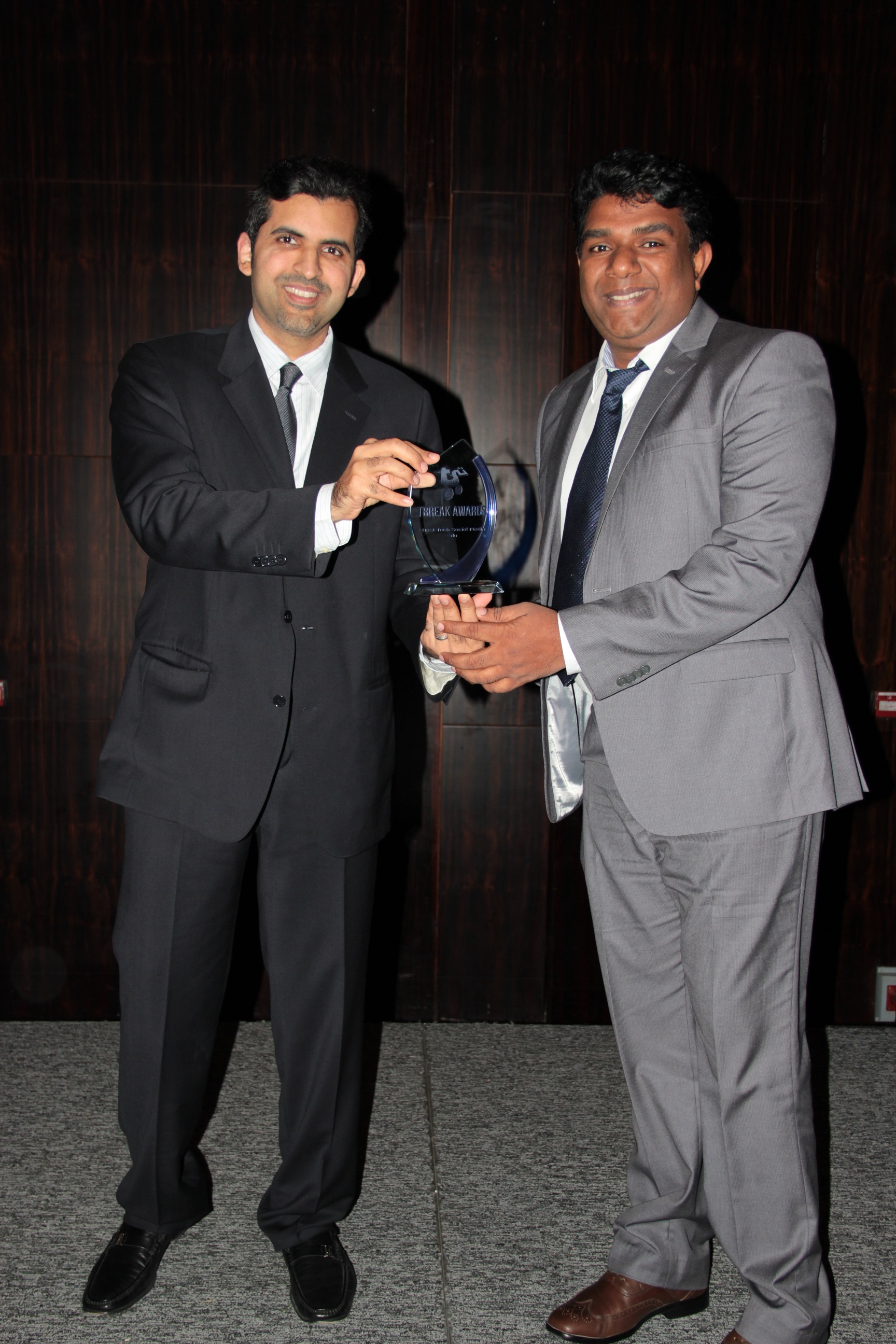 Telecom operator du has announced its win of the Best Tech Social Media Award at the annual Tbreak Awards, a technology and gaming awards in the Middle East. The award was accepted on behalf of du by Arun Kumar, digital Communication team representative at du.

“du is a worthy winner of the Best Tech Social Media Award, for its comprehensive social media strategy that has evolved the digital space into an exemplary customer-facing point,” says Abbas Jaffar Ali, founder at Tbreak. “Keeping everyone informed about their latest offers and promotions, du is on top of the social media scene by engaging its users, fixing problems and providing a useful customer service interface online,” he adds. Queries posed to du through its social media channels have a response rate of 95%, with posters receiving answers in under 10 minutes.