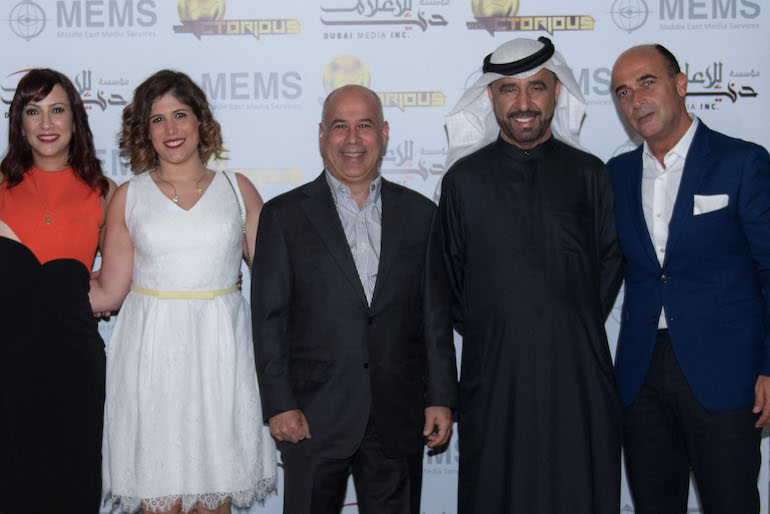 DCN which operates as part of Dubai Media Incorporated (DMI) and MEMS, which serves from within Choueiri Group as the exclusive media representative of all DMI media, recently co-hosted a vibrant kick-off launch event and dinner reception on March 14, 2017. The exclusive gathering was held to mark the beginning of another season of the hit Football Reality-TV show “The Victorious”, which airs on Dubai TV and Dubai Sports Channel.

The highly-anticipated and well-attended event welcomed a host of advertisers, marketing, advertising agency and media professionals, coming together at El Chiringuito – Rixos The Palm Dubai at 9 pm, together with the teams responsible for producing and promoting The Victorious. The entire gathering was treated to a charged-up atmosphere, reflecting on the excitement of the upcoming season, as an exclusive screening of the show’s promo-film was also staged. This large-screen feature focused on the most thrilling moments and highlights from the show’s previous two seasons. The evening was also deemed to be a star-studded affair, with “Ronaldinho” – the internationally revered Brazilian football star, who will be serving as the Show’s international football star attraction this year – attending the event and making it a very memorable occasion.

A grand picture-wall was utilized throughout the evening, as guests took photographs with the football star, while they also enjoyed the company of other legends in attendance, including Michel Salgado.

A raffle draw was also held near the end of the dinner event, awarding two lucky winners travel packages to the upcoming finale of the upcoming El Clasico in Madrid, which will be held on April 23, 2017 at the Santiago Bernabeu Stadium.

“The Victorious”, with a proven track-record of two successful seasons has established itself as a significant advertising platform, due to the unique nature of the show, which blends the region’s passion for football with the growing allure of Reality-TV formats. Season-3 promises to build on this success story and began airing on March 6, 2017.