Digital is disrupting everything, including this print article
Insights Industry
Back

Digital is disrupting everything, including this print article 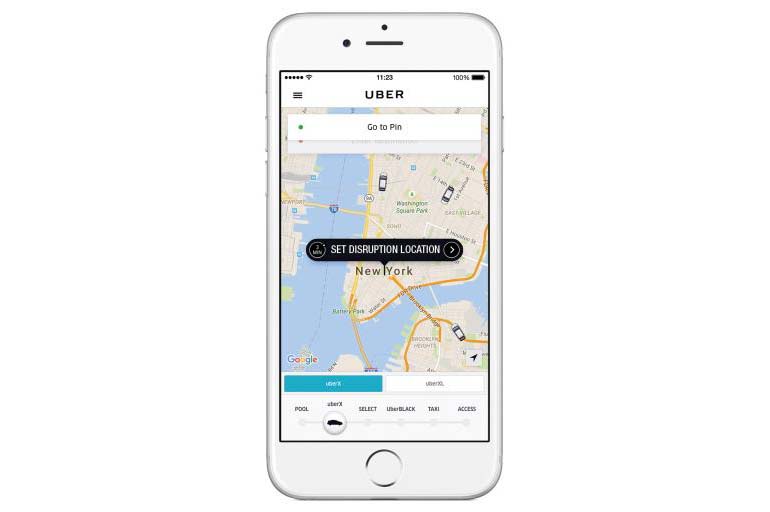 By Rance Crain, President of Crain Communications and editor-in-chief of Advertising Age

Disruption was on the minds of several Advertising Hall of Fame inductees I interviewed over the last couple of months. Their attitude was “transform or die,” in the words of Kay Koplovitz, who founded the first cable TV network.

But as Irwin Gotlieb of GroupM pointed out, transformation is easier said than done. In our economic structure, the financial markets value a disruptor æin a very different way” than they value an operating business. Traditional media operate on a price-earnings ratio of 15 to “maybe” 20, he said. With disruptors, it’s 220-plus, so companies like Netflix can afford to spend up to $10 million per hour for content.

Digital disruption has cut a wide swath throughout the economy, including media, retailing, transportation and lodging. But it’s tough to measure the impact with precision. One reason is that some costs are duplicated, like brick-and-mortar stores and their e-commerce counterparts and print media and their online versions.

At the same time, “the growth dividends from disruptive technology often require time before they are widely diffused and used,” according to Marie-Josée Kravis, writing in The Wall Street Journal that the Industrial Revolution did not improve British living standards for almost a century. “Likewise the productivity boost spurred by the transformative innovations of the early 20th century took decades to kick in.”

In a New Yorker article on the gig economy, Nathan Heller wrote, “Normally, every efficiency has a winner and loser.” Uber, for instance, benefits the rider by charging lower rates than taxis, but that also makes taxi drivers’ fares more unsure. And Airbnb has made renting a room in an apartment a better deal than a hotel, yet it also means that tourism dollars are diverted from the hotel support staff.

Gig economy advocates believe this labor swap is beneficial, but Heller says “such thinking presumes that gigging people and the old working and service classes are the same, and this does not appear to be the case.”

Digital disruption may actually be slowing the economy because of “unrelenting expansion in technology and its ability to undercut and undermine old ways of doing business,” according to The Guardian. “While such progress will increase efficiency and productivity, the transition period can hold back the economy in what is for many industries a zero-sum game.

“The poster children of this so-called digital disruption, Uber and Airbnb, show how transport and accommodation services can be provided just as efficiently by new entrants tapping into privately held idle capacity as by existing providers (some would argue more so) and at a lower price,” The Guardian said.

And this is the nub of digital disruption and slower economic growth. Clearly, there was spare capacity in privately owned cars, which sat unused for many hours each day. So too with apartments that were empty and unable to be let out by the owners when they were not there. Uber and Airbnb have tapped this idle capacity without adding to investment, and as they take business away from taxi companies and hoteliers, the rate of economic growth is held back.

Then there’s the media business exchanging print dollars for digital dimes. Print advertising continues its inexorable decline and digital ads are spurred by programmatic buying that is not only cheap but too often reaches highly offensive websites. Digital subscriptions don’t make up the difference.

In the process, some print publishers are losing their credibility.

I sometimes think that some media indulge in over-the-top Trump bashing because they know that will attract subscribers. Are the interests of the business side and the reporting side finally coming together in a desperate attempt to stay in business? And if they don’t have Trump to kick around anymore, will all those new digital subscribers go away?

As Gotlieb pointed out, digital disruptors in the media business command a far higher stock price than do legacy media. But as ad dollars move toward disruptors like Google and Facebook, “they are too often moving away from quality news and information providers, starving them of the direct digital revenue they need to pay for fact-based news gathering. Real news costs real money. Fake news comes cheap,” Jim Rutenberg of The New York Times observed.

Have any media players dominated like Google and Facebook, which command over three-quarters of all digital ad dollars? The sad thing is that advertisers and agencies will continue pouring money into their coffers, in spite of their indiscretions. Legacy media don’t have a chance.

The ultimate disruption in the ad business would be if advertisers just stopped advertising.

Coca-Cola has cut the CMO role, and new Coke CEO James Quincey explained his thinking to The Wall Street Journal: “We’re trying to make a point, which is: The way brands are getting created today is not just … making ads that people love. It’s through interaction directly with customers without advertising at all.”