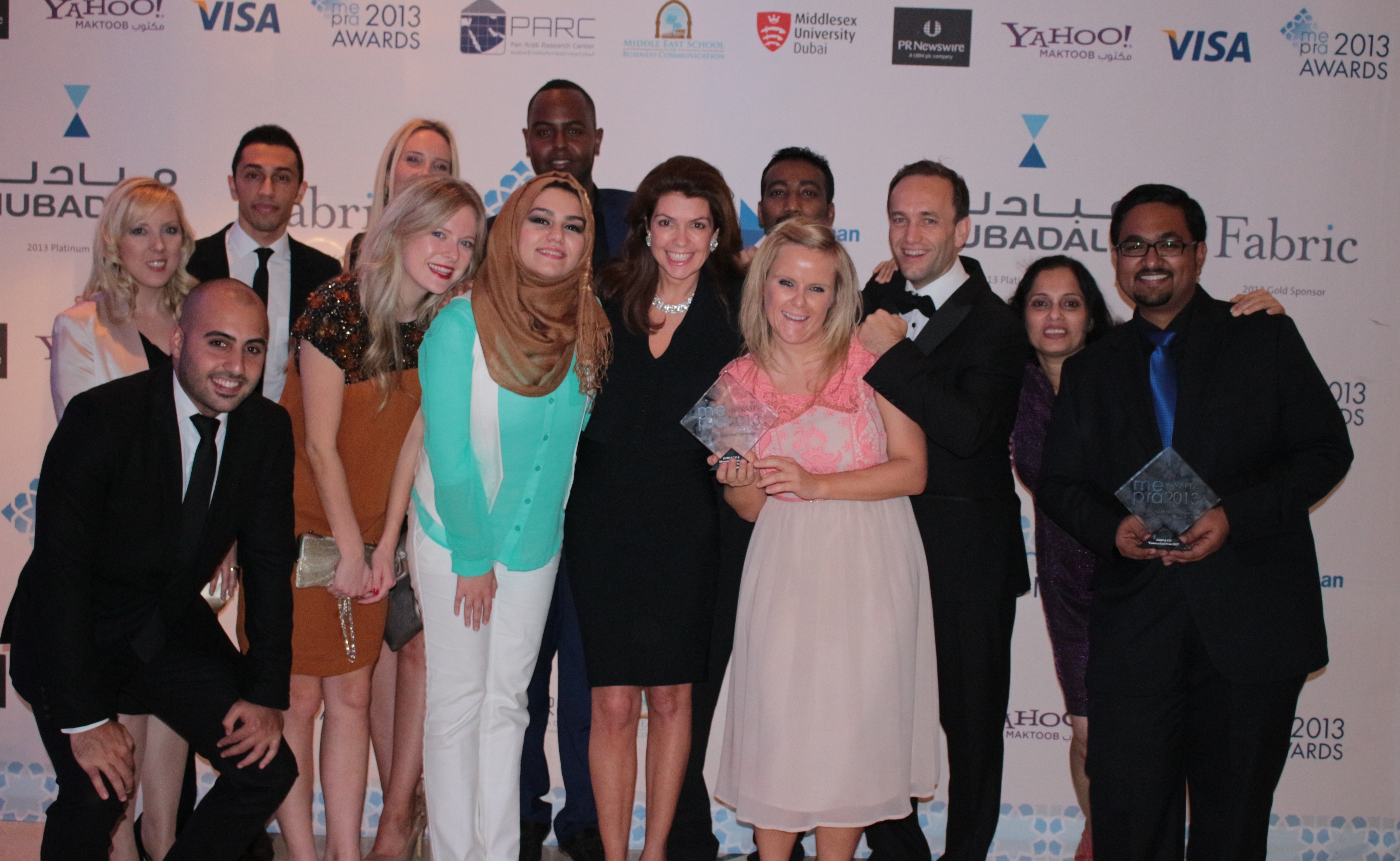 The 2013 MEPRA Best Practice awards were: