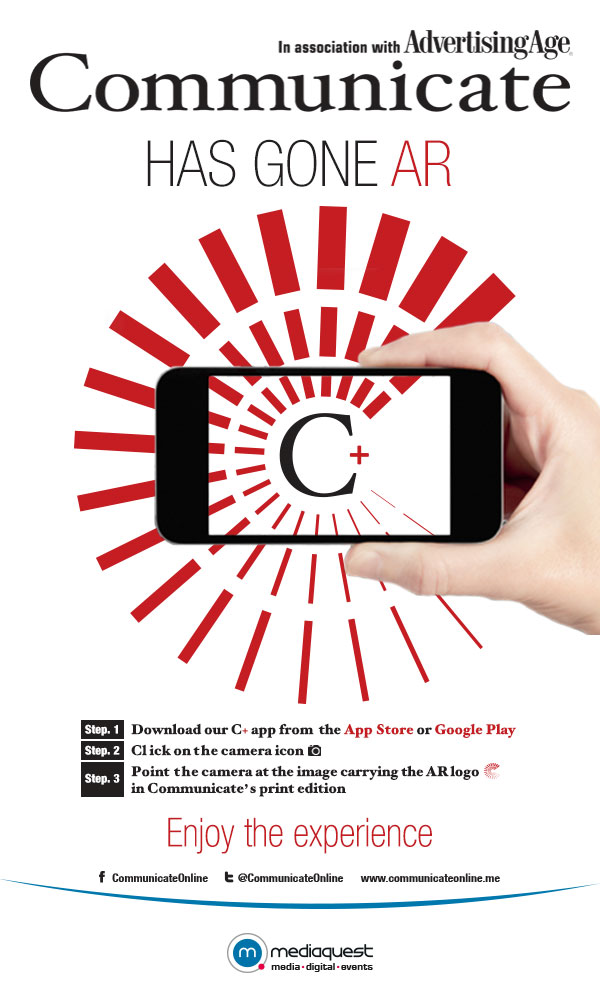 Communicate Magazine has officially launched its augmented reality app C+ by Communicate with the release of its May issue.

The magazine’s print edition will now be enriched with video and interactive content, with three sections of the magazine now being fixture augmented pages in video format; the regional news print pages have been narrowed down to one only containing the C+ logo, which, once scanned, will re-direct users to a video monthly recap of the news. Users can now expect each of the Communicate’s cover pages to feature a new, creative and augmented reality activation. The YouTube Leaderboard – which was previously a side section in the regional news – will now have its own page, also listing MENA’s top viewed videos on YouTube in video format.

Moreover, interactive coverage of events and campaigns will be spread across the print pages. Users will just need download the C+ by Communicate app from the App store (http://goo.gl/snahiB) or Google Play (http://goo.gl/kLnJra), click on the camera icon, and point it at the image carrying the AR logo everytime they see it.