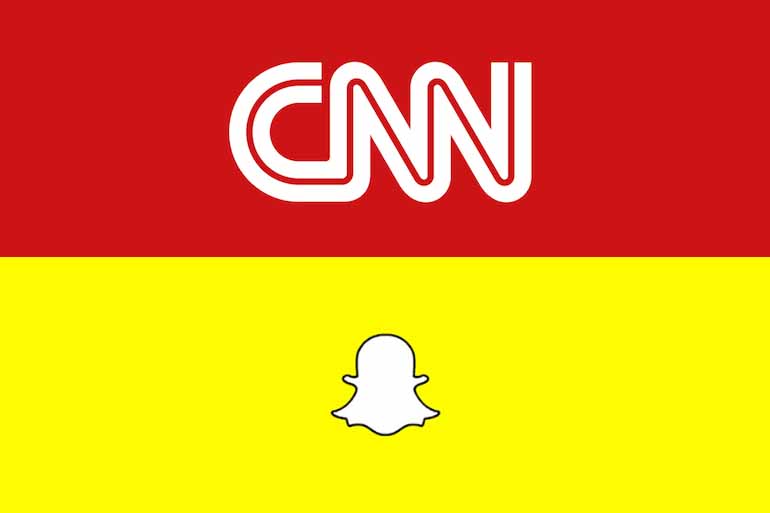 Now, CNN has unveiled a new show exclusively for the platform called “The Update”. The daily show, which runs at 6 pm ET, provides a rundown of the biggest news from CNN reporters and bureaus around the world. Additionally, CNN’s anchors, correspondents and reporters will publish on Snapchat throughout each day and time zone, with rolling updates as news breaks. Each ‘show’ will feature five or more stories from CNN’s team around the world.

“We are introducing our brilliant cast of world-class anchors and reporters to a young audience in a smart, accessible way with ‘The Update,” says Samantha Barry, CNN’s executive producer for social and emerging media, in a statement. “In today’s news environment, people are hungry for news and they want a quick update of where things are at within one tap of their phone. So, we’re serving that up, speaking their language and delivering it in beautiful, vertical, mobile friendly video.”

“Since launching content on Snapchat, we have believed in the importance of giving our community access to accurate and authoritative news coverage, and CNN has played an important part in that from the beginning,” adds Sean Mills, senior director of content programming for Snapchat. “It’s more critical than ever that Snapchatters have access to the best journalism in the world, right when news breaks, and we’re excited to watch CNN deliver that to them through The Update.”

“The Update” will serve as the home of CNN content on Snapchat’s Discover platform. Reporting will be hand curated by editorial and design teams and programmed in tappable, swipeable, and vertical video formats.