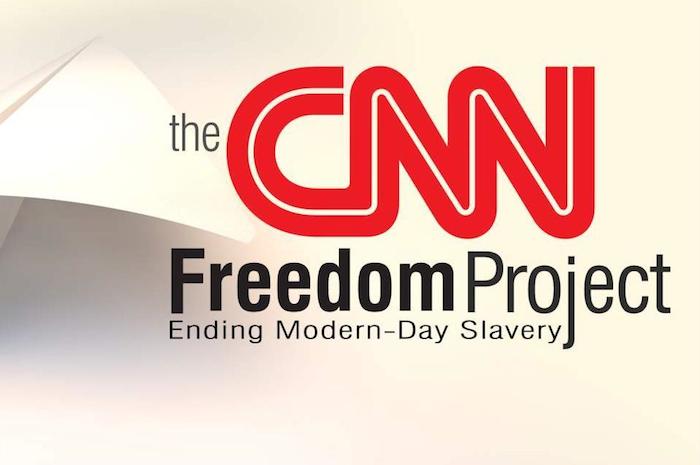 CNN is bringing viewers a renewed series of reporting and programming about modern slavery in the ground-breaking and award-winning editorial initiative, CNN Freedom Project.

Throughout 2015, CNN will air stories that uncover and expose modern-day slavery including human trafficking, child labour and the sex trade. There will be a focus on turning engagement with CNN Freedom Project into action, with an emphasis on education and harnessing the passion of young people to make a difference.

A number of projects for 2015 are already in production, and this week CNN begins this year’s CNN Freedom Project programming by revisiting some of its previous 400 stories since CNN began the initiative in 2010. The latest reports are available on the CNN Freedom Project microsite.

Since it was founded, CNN Freedom Project has provided documented evidence leading to the rescue of over 1,000 people worldwide, sparked over $24 million in donations to anti-trafficking organizations, changed laws and corporate policy and inspired NGOs and campaigns around the world. The project has won dozens of journalism and human rights awards, including a final nomination for the Sakharov Prize, European Parliament’s most prestigious human rights honour, and most recently a Gracie Allen award for “Every Day in Cambodia: A CNN Freedom Project Documentary”.

“CNN Freedom Project is one of the – if not the most – important initiatives on CNN today,” says Tony Maddox, managing editor and executive vice-president, CNN International, in a press statement. “While I am sickened by the continued stain that modern-day slavery has on our world, I’m proud that CNN can raise awareness, generate engagement and action, and ultimately instigate change around issues of human trafficking, child labour and the sex trade. CNN is uniquely placed to both tell stories from all corners of the globe about modern-day slavery and have the platform to encourage those in power and people from around the world to take action.”

CNN Freedom Project has also attracted the support of The Essam & Dalal Obaid Foundation, which shares the same values of the initiative and a commitment to pursue peace and remedy injustices in areas such as human trafficking. EDOF wants to provide another voice to amplify the global issue of modern day slavery, raise awareness of what credible organizations are doing to end human trafficking, and publicly support the CNN Freedom Project by increasing global awareness among the business community.

To this end, EDOF will work with CNN to support all the investigations of the Freedom Project and create a sixty second ad for an awareness campaign on CNN International that will educate the general public as well as target thought-leaders and decision-makers who have the power, through legislation and reform, to drastically reduce the exploitation of people in their countries and companies with whom they do business. EDOF’s anti-slavery messages will appear on all the CNN media platforms and will be seen by tens of millions of viewers across the world.​