CNN Dives into the Metaverse in first episode of Decoded

From virtual worlds to digital economies, the metaverse is the next phase of the internet. CNN’s Anna Stewart meets the key players working in this space on her journey to decode the metaverse

Neal Stephenson coined the term ‘metaverse’ over three decades ago in his book Snow Crash, based in a dystopian future where people used VR headsets to escape to an alternative reality. He explains his use of the term: “I thought it sounded cool. Meta - you know, was starting to come into its own as kind of a hip prefix for things. It just means beyond, you know, or at the end of. And so, I just rammed it together with the universe and here we are.”

Bosworth defines the metaverse as “the next evolution of the internet, this rich environment where you have a real sense of place and a real sense of presence with other people and it feels more like we’re together. The metaverse is the next big bet that we believe will be a huge part of human life”. When Stewart highlights recent security and data concerns surrounding the metaverse, Bosworth says “Nobody is more focused on this problem than Meta is.”

Other platforms that have been in the field for much longer, include Second Life. Founder Philip Rosedale has been concerned about privacy issues since the inception of the metaverse. He tells CNN, “The most dangerous thing you could do in the metaverse is to enable surveillance and behavioral tracking and targeting and advertisement in the way that we've seen in social media.” 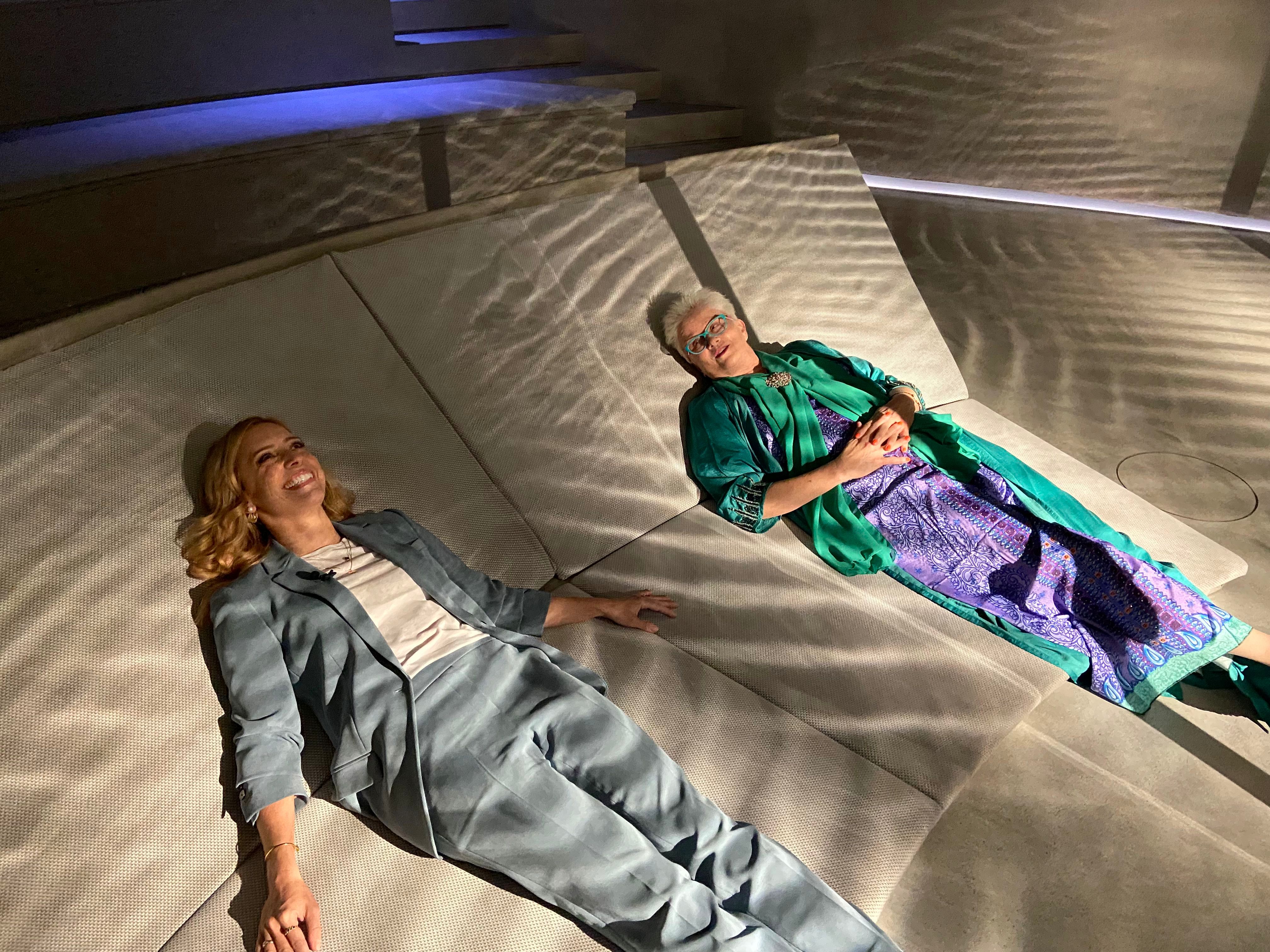 Instead of making money from user data, Second Life generates revenue through the sale of virtual goods, real estate, and services which saw 345 million transactions last year. The platform also allows users to create those types of assets for themselves – something that has been done more than two billion times, according to the company. Stewart experiences this economy firsthand when Philips invites her to virtual shopping. He says, “Second Life’s GDP is about 650 million dollars a year…there are thousands of people in Second Life, whose real-life living is made by the work that they do here.”

The potential of the metaverse as an extremely lucrative space is also explained by Sam Huber, CEO of LandVault. He owns hundreds of real estate plots in more than a dozen worlds and says that some have been rented out for upwards of 60 thousand dollars a month to big brands and corporations. Stewart asks him if brands really know what the value is yet in the Metaverse, are they wasting their money investing in a space they maybe don't fully understand yet? He replies, “No, definitely not. I mean, history has proven that being early, testing and learning is definitely a way to capture disproportionate advantage.”

There are businesses in Dubai that are heeding Sam’s advice. Ali Sajwani is the general manager of real-estate company Damac, a property developer that will invest up to 100 million dollars to build a digital city. “What we’re doing is unique. We’re building virtual properties to enable you to buy real property. To give you a feel of what it’s like to own the real asset.” When a customer buys a home from Damac, they’ll receive the digital version of it as well, where “you can chat to your neighbors, you can meet with them online and have discussions with them.”

CNN also meets Ten24, a company that wants to create a database of avatars for future users. Founder, James Busby, tells Stewart, “What will happen is AI will come to a point where you can take a photo of yourself it will look at a library like ours and draw in the bits that look like you and from that photograph will create an avatar that looks like you.”

Stewart tries out state-of-the-art motion capture technology to control her avatar in real-time. VR headsets aren’t yet advanced enough to track facial features, so iPhones are used instead to capture facial expressions. Co-founder at Kite & Lightening, Cory Strassburger, shares his thoughts on artificial intelligence (AI), “I'm seeing AI, artificial intelligence, doing amazing things recently that are changing my perception of how long some of this is going to take. In the not-too-distant future, people at home will be able to do a similar body capture just using a webcam. The VR headset will capture their face. And we can do what we’re doing now, but the right way – immersed in some cool environment.”

Exploring what psychological impact this will have on us, futurist and editor of a book on digital ethics, Dr. Jane Thomason has dedicated the last couple of years to researching the metaverse. Anna Stewart meets her inside Dubai’s Museum of The Future where a section called Al Waha is a space meant to give visitors a break from digital life. On the health implications of spending time at the Metaverse, Thomason says “The real life and the digital need to be integrated in a way that's healthy for you. Other kinds of issues are obviously around privacy and security, and consumer protection. Should children be allowed in the metaverse?”.

Thomason believes that these problems will have to be addressed by governments as some of the metaverses will be multi-jurisdictional. She says, “there needs to be a whole new set of thinking around regulation for the metaverse.” She also shares that the metaverse “is already being used to treat anxiety and mental health and to help people relax.”