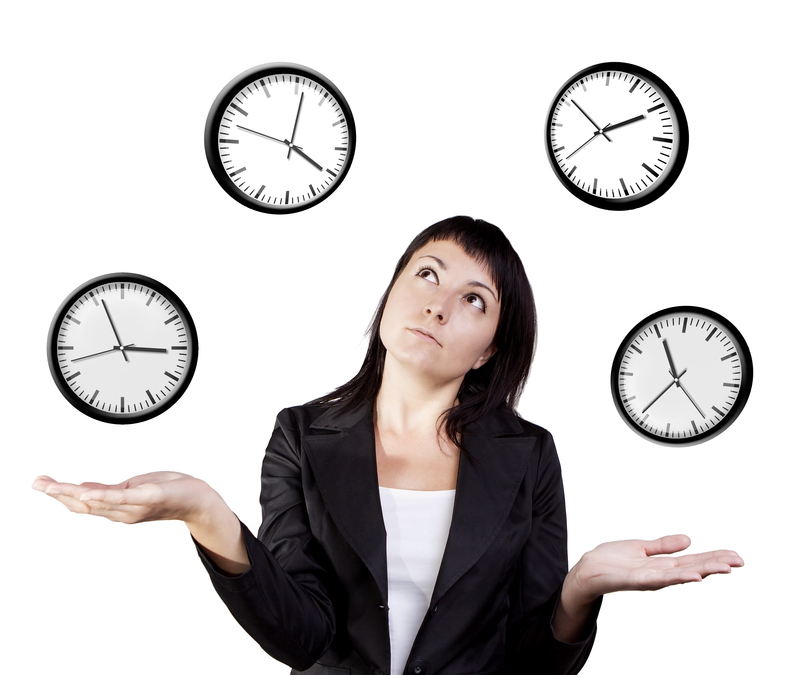 It is a constant challenge for anyone developing any piece of communication to convince people to give a portion of their time to pay attention to what is being communicated; and in this very quest, a long list of research tools and methodologies have been devised to attain insights to what people might find interesting, a lot of investment made to develop creative content that might entice people to give a portion of their time, and even more investment poured into buying spaces and touch points with people who are short on time and on attention span.

Across this entire process, a key element is frequently being missed: people’s perception and sense of time. We, creative professionals, develop our communication assuming that all people perceive time in the same manner, while apparently, they don’t. According to the anthropologist and cross-cultural researcher Edward T. Hall, there are two behaviors as far as sense and perception of time go: monochronism and polychronism.

Monochronism refers to a linear perception of time; monochrons are people who see time as a line extending from the previous to the upcoming. This line can be divided into multiple segments that eventually lead to a particular task or project, therefore, at a certain time segment. Moreover,  monochrons expect to do only one thing, and they do not like to be interrupted. On the other hand, polychronism refers to a holistic perception of time, where tasks and projects are tackled in a diversified and simultaneous manner, and  for polychronists, being interrupted happens very frequently without discontent.

Hall has applied his hypothesis on sense of time to the science of cross cultural studies, in which the Middle East has been found to be, primarily, a polychronic culture. As such, we, the people of the Middle East tend to give more importance to human relations than to getting a task done; for example, when we find ourselves having an interesting conversation, we most tend to go on with it rather than defer it, even if we know this might delay us for an appointment or a job we were trying to get done. This probably explains the notion behind  the ‘Arabian Appointment’ joke, which refers to the fact that an appointment is loosely set around the agreed upon time; being late to appointments is the common lot.

Communication in general differs between monochrons and polychrons. For example, monochrons will prefer to get directly to the point, while polychrons will take their time and convey messages tacitly. According to Hall, when communicating, monochrons tend to seek logic in the conversation, clearness and precision. As for polychrons, information is transmitted indirectly, through many unspoken messages. This notion of people’s sense of time, and how it may affect how we communicate, is seldom applied to advertising; in the Middle East we are mainly talking to polychrons, people who are more interested in the context surrounding our messages, rather than the functionality the message is aiming to communicate, and who are more intrigued by relationship-building rather than by straight-shooting communication. For them, switching from one activity to another is both stimulating and productive. it is, in fact, their most desirable way to work. These insights should have an immense effect on the way branding and communication is being developed in the Middle East. Below are pointers that should be taken into consideration in this respect:

2-Brands need to go beyond mere advertising, and start attempting to build long standing relationships with the people

3-A brand’s communication shall not be linear with a mean-to-end flow, but more diversified and laid out in simultaneous doses

However, a brief look regional advertising will unearth how most communication is strictly functional, with one-way broadcasting of low context messages, lacks relationship-building activities, and employs almost strictly traditional communication channels. Our research shows that this is especially the case in Saudi Arabia.

The Leo Burnett Study on the Saudi Market

At Leo Burnett, we conducted “The HumanKind Quotient” study on the Saudi market  in two Saudi cities (Riyadh and Jeddah) for 69 brands, across 21 categories and 3,000 respondents. “The HumanKind Quotient” is a proprietary tool that measures a brand’s performance through what Leo Burnett refers to as the HumanKind lens. Based on extensive quantitative research and development, and modeling, the tool reveals how the people who matter to a brand and to a category see it, and how closely they think it embodies a HumanKind brand. The HumanKind Quotient does this by producing a four-quadrant map that locates, quantifies and allows for the tracking of how much people believe that a brand has a clear, compelling human purpose, as well as how much they believe it engages in Act Creation that enables participation with the brand beyond mere advertising. The map below reveals the four distinct types of brands:

For further explanation, the below chart summarizes how four regional public figures, the celebrity judges of Arab Idol, would be mapped on the HumanKind Quotient :

This is merely an observational chart and in no way suggests the actual allocation of these public figures.

Hassan has a clear purpose; however, he often fails to clearly express and act on it, so he could be placed in the “dreamy” quadrant. Ahlam has lots of acts but to no purpose, so she could be in the “noisy” quadrant, while Nancy always agrees with everyone and does almost no acts, putting her in the “lazy” quadrant. Ragheb, however, clearly has a point of view and acts on it, landing him a coveted position in the HumanKind quadrant.

It should seem very obvious that when targeting a market with a polychronic culture such as the Saudi market, the main emphasis of the effort should be on Act Creation. In Leo Burnett’s language such acts are human-centered brand ideas and experiences that invite people to do more than merely listen to what a brand has to say, and offer them an enticing and engaging invitation to participate with the brand. This participation is needed for  people with a polychronic sense of time, such as the Saudi people.

In conclusion, the people of Saudi Arabia almost never find a brand to be noisy because of two main factors: the first is the fact that they are polychrons, which means that they seldom find an activity done by a brand to be interruptive, and they tend to be more forgiving of a brand’s irrelevant communication.The second is the fact that brands in Saudi Arabia are often following a very traditional approach to their communication, where they rarely create acts with enticing and engaging invitations by brands for the people.

The subject of building brands in the Saudi market and the details of the HumanKind Quotient Saudi Arabia study is discussed in further details in Leo Burnett’s new book, Speaking Human in the Land of Dichotomies: A Guide to Leo Burnett’s HumanKind Approach to Building Brands in Saudi Arabia.