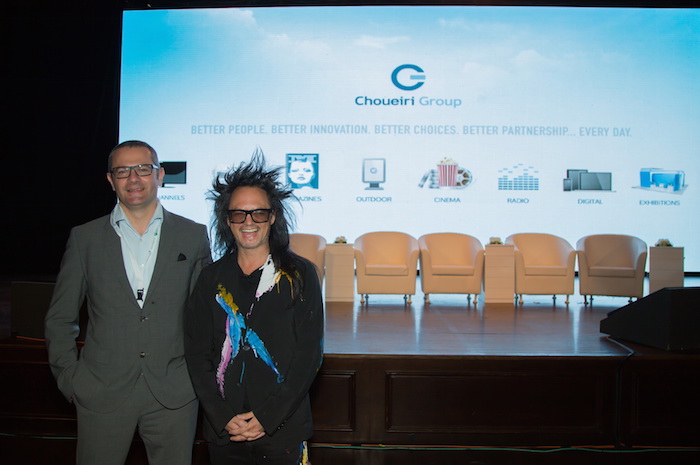 Choueiri Group’s digital media arm “Digital Media Services (DMS)” announced today the launch of its representation partnership in the Middle East & North African region with media technology company, AOL. The announcement was made two weeks ago at Festival of Media MENA by the host and  AOL’s digital forecaster, David Shing.

DMS will sell cross-screen display inventory in the MENA region across AOL.com, Engadget, TechCrunch and MAKERS. DMS will also be responsible for selling video ad solutions including branded content platform Be On and pre-roll on premium video network AOL On.

Be On is a branded content platform creating and distributing long-form branded video across 16 key verticals to 40,000 publishers in 90 countries globally. It enables publishers to integrate branded content that grabs the consumer’s attention and ensures advertisers reach engaged audiences. In 2014, Be On won a Cannes Lions for the syndication of the Volvo Trucks Live Test series, which included Jean Claude Van Damme’s Epic Split.

DMS will also be responsible for selling cross-screen pre-roll video solutions across AOL On, a library that houses over one million pieces of original video from AOL and other content producers syndicated through a large global network of premium publishers.

Elaborating on the scope of the tie-up with AOL, DMS’ COO, Michel Malkoun, says in a press statement, “This is a first step and we are very excited to introduce AOL’s premium inventory and advertising solutions to the region.”

Penny Harris, head of international revenue, AOL adds: “We’re very happy to be working with DMS in the Middle East. The region is rich with opportunity for brands and we believe our cross-screen display and video solutions will help advertisers reach very desirable and engaged global audiences.”