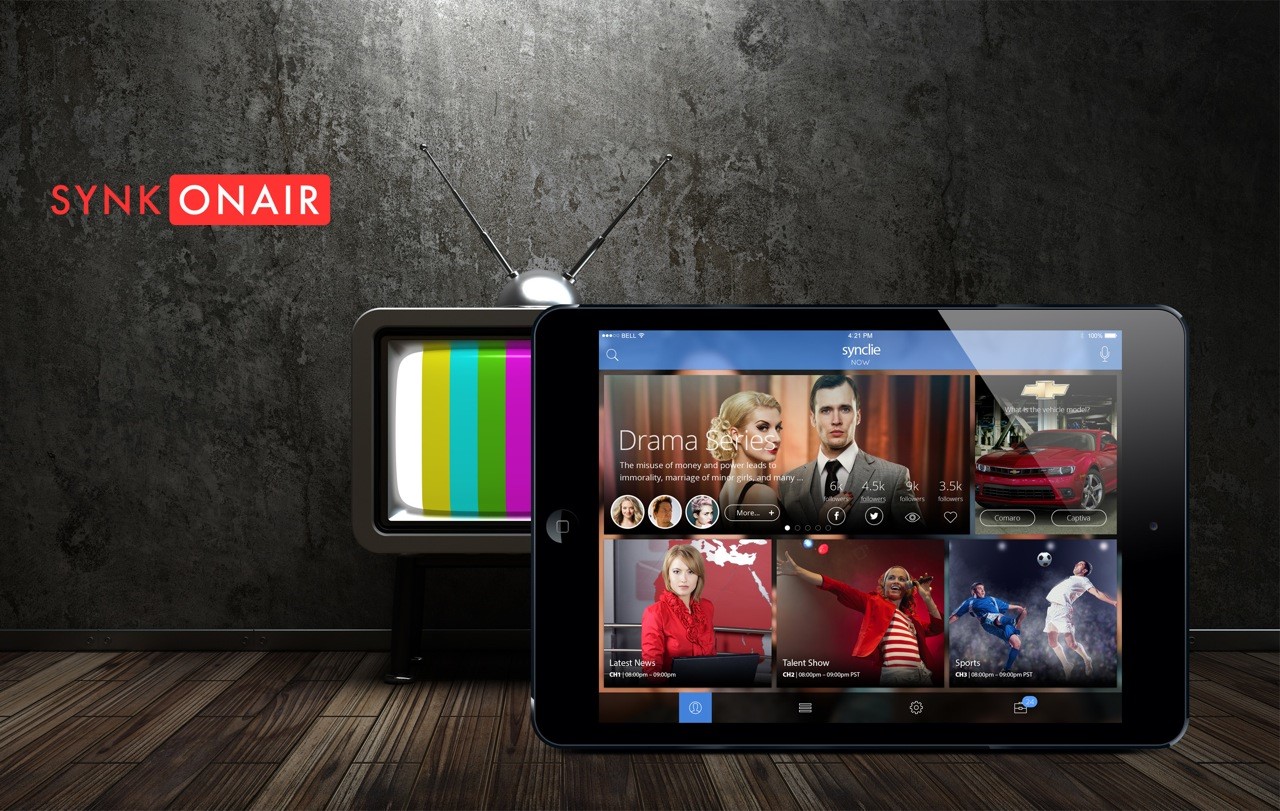 Digital Media Services (DMS), which serves as the digital arm of Choueiri Group, and SynkOnAir – a subsidiary of AJ Consulting focusing on second screen apps and technologies – have announced an exclusive partnership aimed at offering TV viewers, brands and broadcasters in the MENA region a second screen app, Synclie.

The Synclie smart sync app’s media and broadcast automatic content recognition technology allows viewers to auto-sync with TV shows and adverts, pull cast details, video and music from a show or episode, celebrity news, trivia, Twitter messages, related web pages, digital and physical products and merchandise and share anything with friends and family on Facebook, Twitter and other new and rising social media services in the Middle East and North Africa; all the while being rewarded with coupons, offers and social currency that can be exchanged for goods and services. Synclie is available in English and Arabic and will be available on iOS, Android as well as desktops.

Speaking on the new development, DMS’ Managing Director, Michel Malkoun said in a statement that “it doesn’t matter which channel a viewer is surfing, or which favorite show they are tuned in to; with Synclie’s Smart Sync Technology, TV viewers will get an enhanced, rich experience directly related to the content they are watching, as they’re watching it. They even get rewarded for it- with only the press of a Sync it button. We’re certain that Synclie will become the region’s favorite TV companion app.” He went on say to elaborate on the vast new opportunities that the Synclie Smart Sync technology and its cloud platform SocioTactics will enable for regional advertisers:“This app will allow advertisers to engage TV viewers with dynamic and effective engagement opportunities, which go far beyond ads: Games, polls, you name it.”

AJ Consulting has formed a number of  partnerships with global content providers, new media, e-commerce, and shipping companies to provide viewers with a 360-degree end-to-end cycle that allows them to receive relevant, semantic and contextual multimedia content for the shows that they’re watching; connect socially with friends and family, play games and receive social currency rewards which can be redeemed for physical and digital goods from advertiser brands, as well as strategic, social-commerce portal partners like Dokkankom.com.