Insights Industry
Back
Behind the scenes of the largest video billboard in the region
By Communicate StaffSun, May 07 2017
Contact 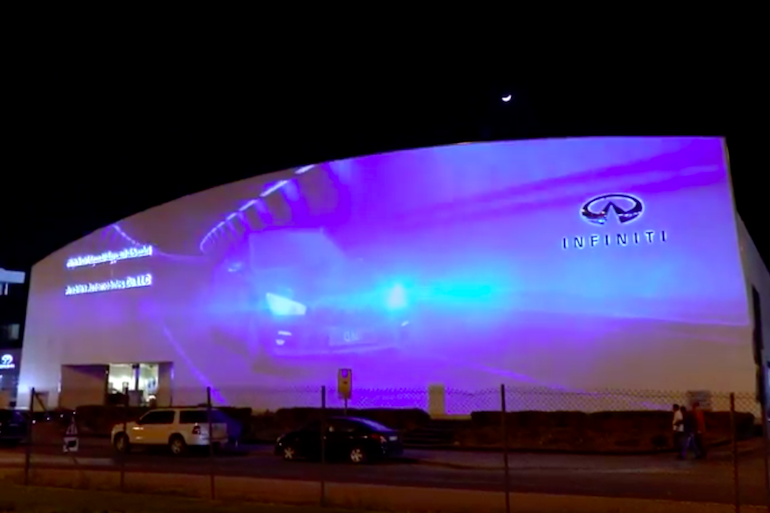 Spanning across 1,600 square meters of digital canvas, the billboard comes close to the world’s biggest digital billboard in Times Square, New York, which spreads across over 25,000 square feet of digital display.

Arabian Automobiles Company, the flagship company of the AW Rostamani Group and the exclusive dealer for INFINITI in Dubai, Sharjah and the Northern Emirates, unveiled the largest video billboard in the region to present the all-new, performance-oriented Q50s Red Sport 400.

This video showcases Guinness World Record holder and hip-hop dancer, Christopher Frostyle and fitness enthusiast Reyhana Harper, as they talk about their involvement in the making of the largest video billboard in the region.