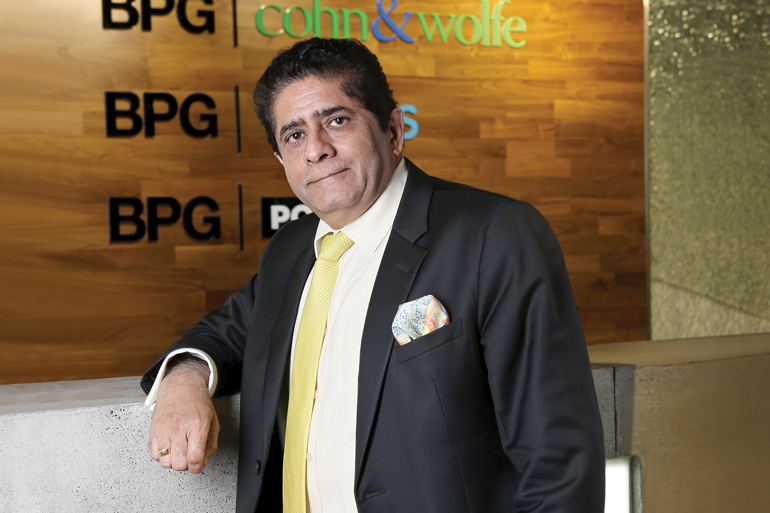 Over the past year, geopolitical situations and economic challenges have left their mark on businesses across the globe, increasing the pressure on creative, media and PR agencies to reinvent themselves. “The greatest degree of reinvention is needed in ad [creative] agencies,” says BPG Group CEO Avi Bhojani, mainly because audiences now consume content and buy products and services differently.

This changing consumer behavior, coupled with geopolitical and economic realities, means that on the one hand, employees need to make a little more – and clients want to pay a little less – to stay above water, Bhojani points out. “Call it complexity reduction, cost cutting or rationalization, we have to tighten,” he says.

Due to this, he candidly admits that, in theory, WPP can be affected too: “Yes, it can affect Martin Sorrell’s bonus based on the stock price – which is at an all-time high – but for smaller businesses, it’s the shareholder perception that matters.” He insists that BPG Group hasn’t had a single unprofitable year since its inception in 1992, although in recent times there hasn’t been growth in topline. “But you no longer chase topline as long as there’s conversion,” he adds.

The quest for the right agency model is not new and Bhojani suggests this is the result of the industry itself over-complicating things. “As things are getting tighter, marketers don’t have the luxury of keeping services separate,” he notes. This is why he believes BPG Group stands a better chance than its competitors: “We are actually one company. [The agencies] are just business units. We have one P&L, [so] in a way, it converges. Our ability to deliver integrated or medium-agnostic solutions is that much easier.” This also comes with a mindset shift from services to solutions and an effort to break self-created silos.

And this transformation would be impossible without good talent. In fact, some say that a business is only as good as the people who work there. It is this philosophy that led BPG to start the WhatNext program, initially launched as Be Whatever, which offered fresh graduates the opportunity to work across BPG’s business units for two to three months, after which the company would employ them in their desired unit.

“Nobody wanted to take in [fresh graduates]; everybody wanted to poach,” says Bhojani. However, BPG wasn’t able to deliver on that promise “because everyone wanted to be in digital”. Also, after the initial training of some 15 months, the talent would then get poached and join other agencies. But Bhojani doesn’t mind losing his talent to other agencies as much as he does to “Arab kitchens”. The program was eventually tweaked and relaunched as WhatNext in 2011. The key differences between the two versions include more training across different units in four weeks and applicants being required to pre-state where they want to work. At the end of the program, there is a “graduation ceremony” – a legal confirmation. In a sense, WhatNext is the less adult version of a probation period. The program receives applicants from across the globe, but seats are limited to four to six people each year.

New players in the game

With strategy consultancies such as Deloitte and McKinsey – which now has McKinsey Digital – offering solutions or, in Bhojani’s words, taking the “top end of the value chain that historically the ‘Mad Men’ owned”, agencies are now facing competition from uncharted territory. Still, Bhojani argues that agencies have the upper hand because the one mandate consultancies don’t have is to be creative and innovative. Strategy consultancies’ mandates are to have processes, he says. The setting up of new business units suggests otherwise, but Bhojani maintains his stance. “The cost structures [and] business model of a strategic consultancy is such that they find it difficult to be disruptive. They will always find a process.” Moreover, his argument is to find the best talent, because “you can only bid on the quality of raw material.”

And yet, the lure of better remuneration is drawing talent over to the consultancy side. Even Bhojani admits that the starting salary of a university graduate is “twice the salary we can afford, but it’s a dog’s life.” By contrast, the culture at an agency isn’t so heavily geared; it’s much more flexible and dynamic, which is perhaps also why agencies can’t pay as much, he indicates. “The diversity is greater [and] sometimes you can make an impact far more easily,” he says. “Your idea gets heard because, in consulting, you’re just filling a process.”